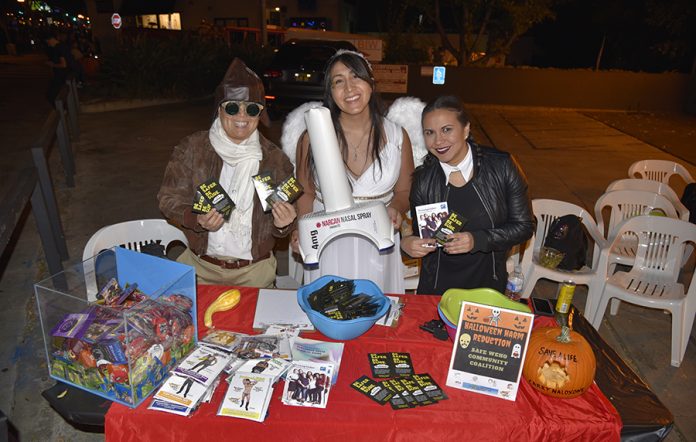 Safe West Hollywood Community Coalition (SWHCC) set up a booth in the heart of West Hollywood to distribute fentanyl test strips, free condoms and other harm reducing treats during the WeHo Halloween Carnaval on Halloween night.

SWHCC, a branch of the West Hollywood Project, partnered with My 12 Step Store, the City of West Hollywood Social Services Division, APLA Health, and Being Alive, to provide a safe space for carnival attendees who are either in the recovering community, or people who just wanted to take a break from the madness. 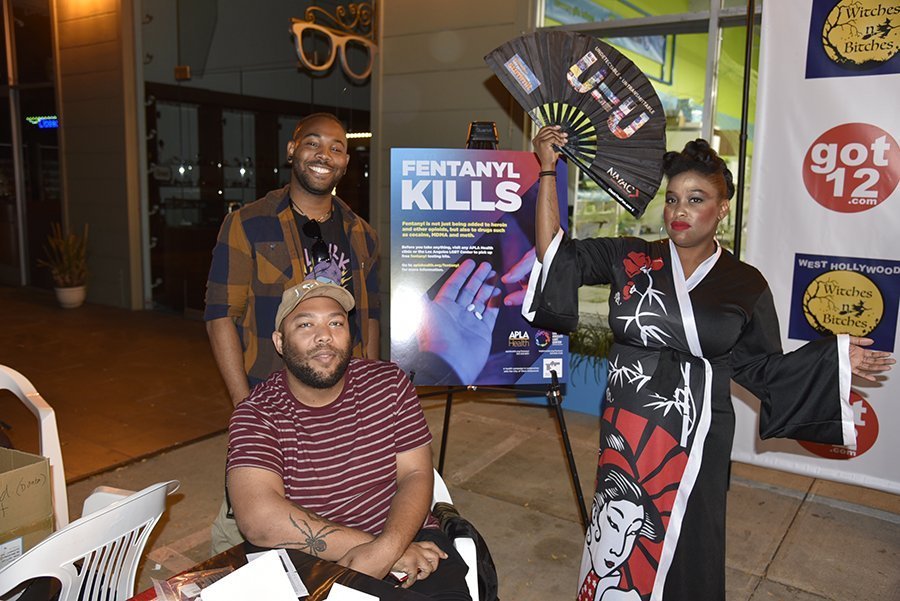 My 12 Step Store set up a lit backdrop to attract attendees, giving them an opportunity to take selfies. Those who gathered at 8730 Santa Monica Boulevard, had an opportunity to learn about the dangers of fentanyl-laced drugs, and the life-saving components of Narcan (naloxone), an opioid antagonist used for the complete or partial reversal of opioid overdose, including respiratory depression. Narcan is also used for diagnosis of suspected or known acute opioid overdose and also for blood pressure support in septic shock. Other items included, condoms, toiletries, and information on substance abuse recovery services. 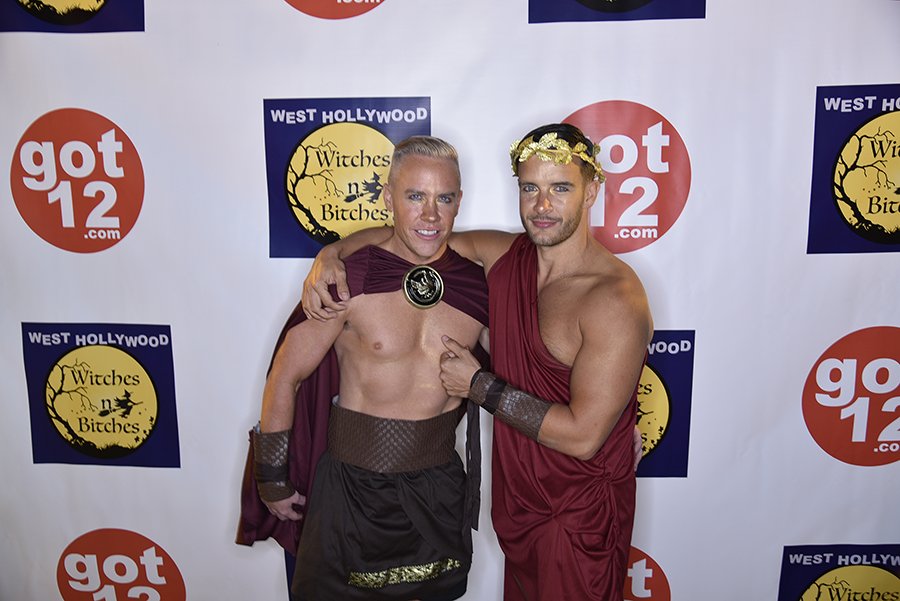 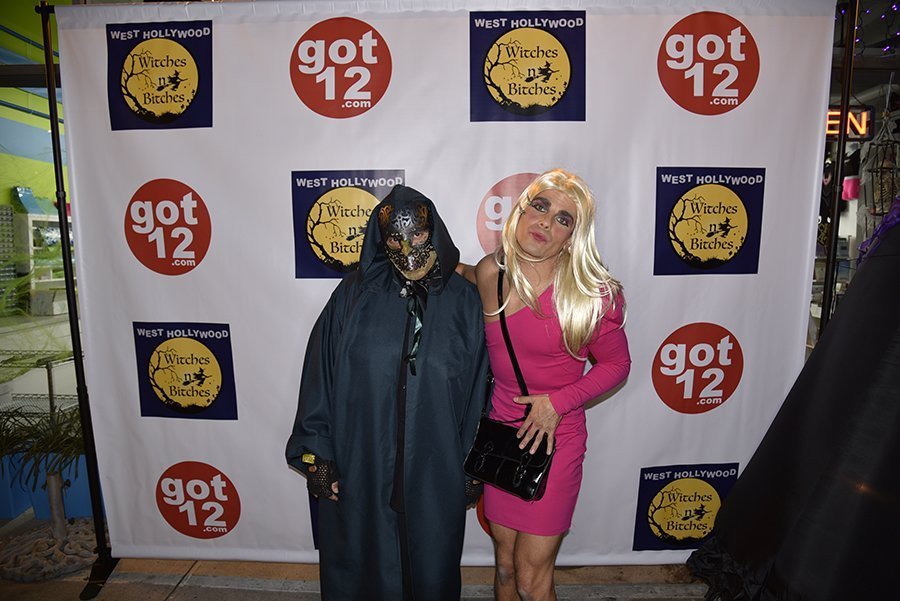 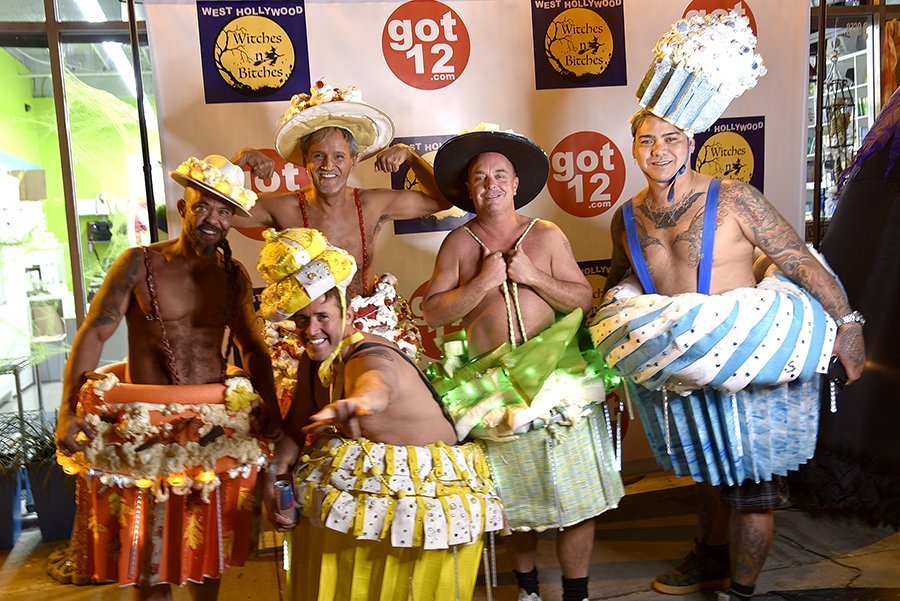 “It was definitely a team effort and I feel like together we worked to keep people safe and hopefully save some lives,” Alexis Sanchez, Prevention Coordinator for the West Hollywood Project, told WEHO TIMES. “From our supplies alone we distributed roughly 400 fentanyl test strips, not counting the ones APLA distributed; 300 condoms, and 22 units of Narcan. Those numbers might not seem huge but I always say, if we saved even one life or kept one person from picking up a STI, then our efforts were 100 percent worth it.”
It is also worth noting that Sanchez worked tirelessly the entire night speaking with the public. She lost her voice towards the end of the night after spending hours doing community centric work. She did numerous five-minute Narcan demonstrations, handed out resources guides, information on PrEP and engaged the community about the safety measures they can take if they chose to do drugs that night, because she believes that no one should have to die from a drug overdose. 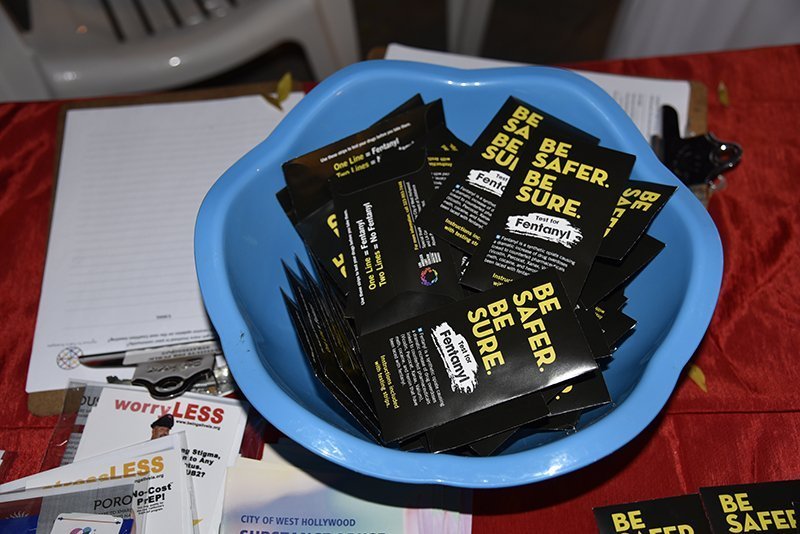 SWHCC is made up of a group of residents, substance use prevention professionals and treatment providers. The community coalition launched earlier this year to advocate for policies and resources geared toward reducing drug and alcohol problems in West Hollywood. One of the group’s main focuses is methamphetamines (meth).

The SWHCC is developing a ‘Meth Report Card’ that will quantify key metrics like meth overdoses and mortality rates in West Hollywood. The Meth Report Card will be released right before a Meth Town Hall scheduled for February next year. The SWHCC is partnering with the City to host the Meth Town Hall, where community leaders and activists, elected officials, nonprofit representatives, and concerned citizens can come together and discuss ways to combat meth use in West Hollywood.

The West Hollywood Project, an initiative funded by the L.A. County Department of Public Health to reduce drug and alcohol problems in West Hollywood, surveyed hundreds of people over the last several years at their large-scale, alcohol- and drug- free community events #BOOM! and #SIZZLE! to gauge opinions about substance abuse in the City.

The results show more than 67% of people surveyed at #SIZZLE! (part of the LA Pride Festival) and more than 50% of people who attended #BOOM! (a New Years Eve gala) between 2014 and 2019 believe meth misuse is prevalent in West Hollywood. A majority of #BOOM! attendees believed open meth use in bars, clubs and community events is the substance abuse harming West Hollywood the most.