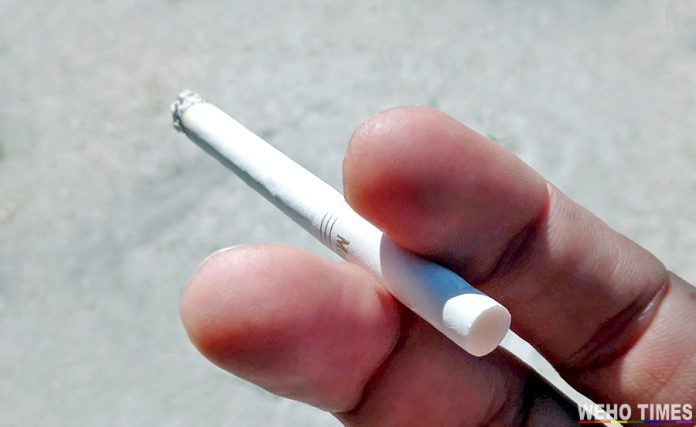 In its effort to eventually be a smoke-free city, the West Hollywood city council passed an ordinance bringing restrictions to smoking tobacco in common areas and new units located in multi-family dwellings with the exemption of single family homes and duplexes.

At a regular city council meeting on Monday February 1, 2021, the council voted to ban the smoking or vaping of tobacco in multi-family dwelling common areas (every interior and exterior space – unless allowed under State law), and the smoking of tobacco in new tenancies and newly constructed or purchased dwelling units in multi-family dwellings with three or more units, including condominiums. Cannabis smoke will still be allowed for medicinal reasons.

Smoking tobacco and cannabis will also still be allowed for existing tenants who are already allowed to smoke per their lease agreement, as well as smoking on outdoor private patios or balconies of existing buildings.

The ordinance bans smoking of tobacco after a unit is vacated making it a non-smoking unit moving forward.

Non-smoking advocates requested that all smoking be banned in multi-unit apartments and condos during public comments at the council meeting.

Primo Castro of the American Cancer Society Action Network, said he had serious concerns with the drafted ordinance and requested the ordinance be amended to prohibit all smoking including, tobacco, e-cigarettes and cannabis to be allowed in multi-dwelling  buildings in the city to protect all tenants. He also suggested the city provide resources to tobacco cessation programs to those who wish to quit smoking with various programing provided by the Los Angeles County Health Department.

“This draft ordinance has serious health equity implications leaving residents behind,” he said. “No one should have their health put at risk by secondhand smoke by others, including their neighbors. The risk is the same whether the housing is rented, are owned, new or existing. Prohibiting the smoking in multi-unites improves the quality of life and improves the health of non-smoking residents and their companions by preventing the unintentional exposure that many receive as a result of smoking neighbors.”

Cannabis advocate Jackie Subeck, the CEO of Hey Jackpot, a consulting platform that focuses in the reduction of stigma surrounding cannabis use, said she did not agree that cannabis consumption should be prohibited at outdoor common areas.

“What this ban on cannabis in outdoor common areas really does is create another opportunity to disenfranchise our minorities, our seniors, our LGBT community, our people of color, our low income folks–mamy of which are longtime medical cannabis patients,” she said. “They will be impacted by this the most. You shouldn’t have to be able to be rich enough to be able to afford your own home, and have the luxury of own private balcony in order to smoke cannabis safely outside in a place where you live without fear. By the way this ordinance is written, all it’s going to take is one call from a neighbor and now that same person is looking at a potential citation or maybe even a visit from a sheriff…bans are not the answer. I think this should be left the to the landlord and the HOAs to create policies for their buildings. Let the people who live there, make up the rules that work for them on this issue. This city’s government does not need to be involved, at least not as it relates to cannabis.”

The ordinance passed with four out of five votes by the council. West Hollywood Mayor Lindsay Horvath voted no on the ban.

The Woods WeHo Cannabis Dispensary Opens on Friday the 13th