As many of you have heard, our fun West Hollywood Halloween Carnaval has been cancelled for 2022 and it is not being recommended for 2023. I believe I have figured out a way to save our Halloween Carnaval so we can have it every year forever beginning next year in 2023.

What is West Hollywood without our beloved Halloween Carnaval? Our city has been
known for hosting this fun event since it first began in 1987, and has grown from a small community block party to a worldwide destination which boasts an attendance of up to 500,000 participants on Santa Monica Boulevard on Halloween night.

In the 2022 West Hollywood city budget review, it says: “Halloween Carnival is a $2 million, one-night event. 60% of costs are directly for Public Safety. The City Council Events Subcommittee did not recommend including it in the two-year budget.”

Then we add a competitive costume contest:

This sets the stage for many people to really go all out and come up with amazing
costumes to compete.

Then the city and council cannot claim or complain that it is too costly. The numbers may be over 200,000 people coming to the event next year which means it may be a revenue making event for the first time in our city’s history. 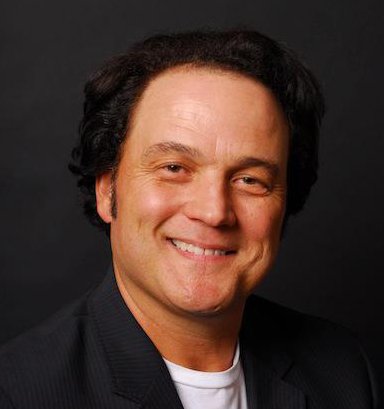 Jerome Cleary
Jerome Cleary is a long time resident and former newspaper columnist for the West Hollywood Independent and was a blogger for AOL’s Patch for West Hollywood. He is a former member of the Lesbian and Gay Advisory board.
RELATED ARTICLES
News

Get rid of it all together. It’s to dangerous now. I have almost been trampled to death several times at event. The LGBTQ community is hardly noticable as the active participants. It’s just an overblown LA event to make money. The event has seen it’s day. It got to big and forgot it’s origins. That being that a small group of people excluded from society created something from nothing and “craft and personal artistry” was a major component in it’s uniqueness. Now the event is taken over by big vinyl posters advertising beers, liquor and corporations. It’s to mainstream now.… Read more »

I disagree. It’s one of the things that used to make weho great. It’s a reason to get people here, to see it, who make come back when it’s not Halloween, and spend money here. There is no better advertising for the city. If it were in Griffith park, do you think there wouldn’t be corporate advertising? and what is so bad about corporations subsidizing community events? You are so out of touch. Sounds like as a bartender, you prefer to serve current alcoholics, rather than future alcoholics. I suggest you get to Palm Springs right away, and be sure… Read more »

It was enjoyable when it was residents of West Hollywood spilling out into the street and having some fun, getting dressed up in costumes for Halloween. It has grown into a huge festival which does bring up safety concerns and due to those safety concerns a huge budget to protect people. We’re talking hundreds of thousands of people here. It’s gotten too big and it’s not about Halloween and costumes anymore it’s about drugs, drinking and trashing our city. And that is a shame.

We have been hearing the doom and gloom predictions for decades, and nothing significant has ever happened, no more and no less than any other big event anywhere. Maybe you should stay home and just watch tee vee, rather than go out and enjoy life on public streets where so many people get together, in safety, and have a good time, and bring lots of revenue, and future revenue to the city.

The bigger issue here is that city government made a “budget decision” without regarding the impact on its small businesses (which are the backbone of WeHo). In short, cancelling Halloween takes a large amount of our businesses’ annual income away- not to mention what the fracturing of Pride across the city has done to these very same businesses. These local businesses are already striking back and pushing to bring Halloween back with or without the council’s backing. Some WeHo City Council candidates support bringing Halloween back, and it’s worth researching which ones they are. The above isn’t a bad idea,… Read more »

There are far more important things to worry about and raise money for than having a grand Halloween party. How about charge the $5 and use that money to feed the hungry instead. The things people waste time on is amazing to me.

Just an fyi…..we have many nutrition services to feed those that are food insecure. From delivered meals, to congregate meals. Then there is Calfresh which has proven to be a lifesaver for some folks.

A lot of people are fed up paying for the homeless, who made bad life choices. Are you saying no one is allowed to have any fun anymore until we throw more good money at the never ending homeless? No one is hungry who doesn’t want to be hungry. There are dozens of programs to get food into mouths. Actually your comment is the most selfish and evil I’ve read in a long time.

HIS comment is? Wow. All homeless “made bad choices”. “No one is hungry who doesn’t want to be hungry.” Talk about selfish and evil.

Finally at least some kind of proposal that may work. We know what the city is currently doing isn’t working, so time to try something new. There will be naysayers, like the previous Commenters. I note they only criticized and didnt offer their solution. So typical of West Hollywood. I do agree to get rid of the expensive stages that caters to the dancing drug addicts. Halloween is what makes out city famous and desirable. How sad the city is doing everything they can to get rid of a gem. Maybe it’s time to stop catering to the homeless and… Read more »

Another exclusive event for those who have money to pay. No way. Pass. You’re welcome.

If the trash from Riverside doesn’t have $5 for a fantastic evening of cheap fun in weho, they can go to the free Halloween event in Riverside and cry with disappointment.

Trash from Riverside. That doesn’t sound racist at all.

Since when does the word “trash” have a racist connotation? Sorry you weren’t clever enough to get that I was referring to the out of towners, (“trash”), who come to our free event, who possibly don’t even spend any money here, then leave. They are getting a free ride. I love the people who just criticize others who have proposals and ideas, who offer no proposal of their own. Just nasty criticism, completely unjustified.

“Trash from Riverside”. I don’t know how trolls sleep at night.

It works for the Off Sunset Festival in Silver Lake, all of the Pride festivals……and for the Folsom Street Fair in San Francisco

This would never work. You’d have to make the footprint smaller if you’re going to shut block side streets to charge an entrance fee. Can’t imagine every cross street being blocked off, not to mention the potential of lines forming into neighborhoods. A smaller footprint means less money, so raising 1 million is wishful thinking. They could make an event that pays for itself, but if we learned anything from Weho pride, is that too is wishful thinking. It’s good to have this discussion, but it will never work.

The city paid a company a lot of money to coordinate the night which is ridiculous. Big flashy stages with expensive sound/lighting gear aren’t needed. Close down the streets, provide security/police let people enjoy the night. Allow food trucks to roll in and provide food, which all keeps street closures and set up to a minimum. No need to spend insane money. It’s likely the city believes there’s potential for a dangerous person or persons to injure (or potentially worse) the masses, but are we supposed to stop gathering and living altogether out of fear? Bring it back.