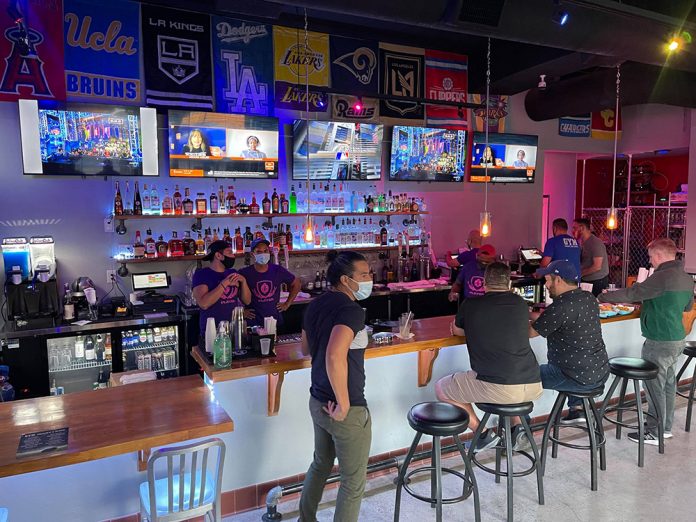 New Gym Sportsbar and Grill finally opened last night in WeHo after much anticipation from a community that thought it had lost the gay sports watering hole to the COVID-19 pandemic last year. The bar hosted a VIP reception on Tuesday evening and then friends and family were invited for a taste test of the new menu on Wednesday, before the big opening Thursday night at 9pm (regular hours of operation being today from 3pm-2am).

The actual space at the new Gym Sportsbar, located at 8919 Santa Monica Boulevard next to the former Rage Nightclub building is way more open and spacious than its provious home with its high ceilings and open patio. The motif is a clear nod to the original Gym Bar that was located just up the street. There is a wall full of logos representing various sports teams, screen TVs behind the bar, which will make great viewing parties for major sports event, and it can now accommodate a large crowd after a game. 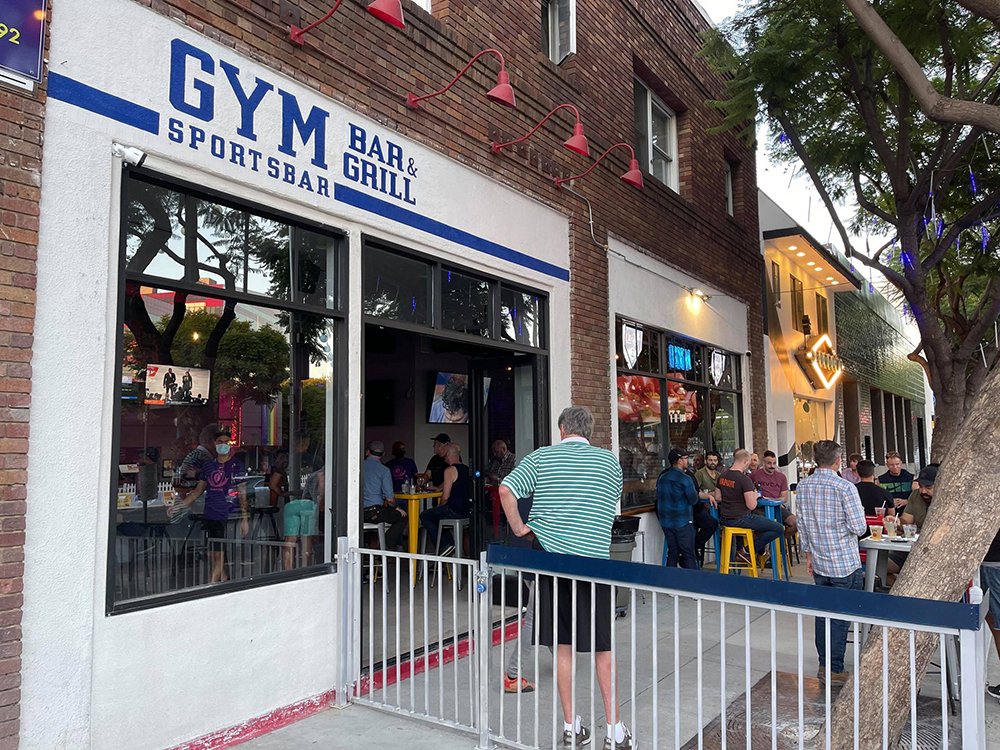 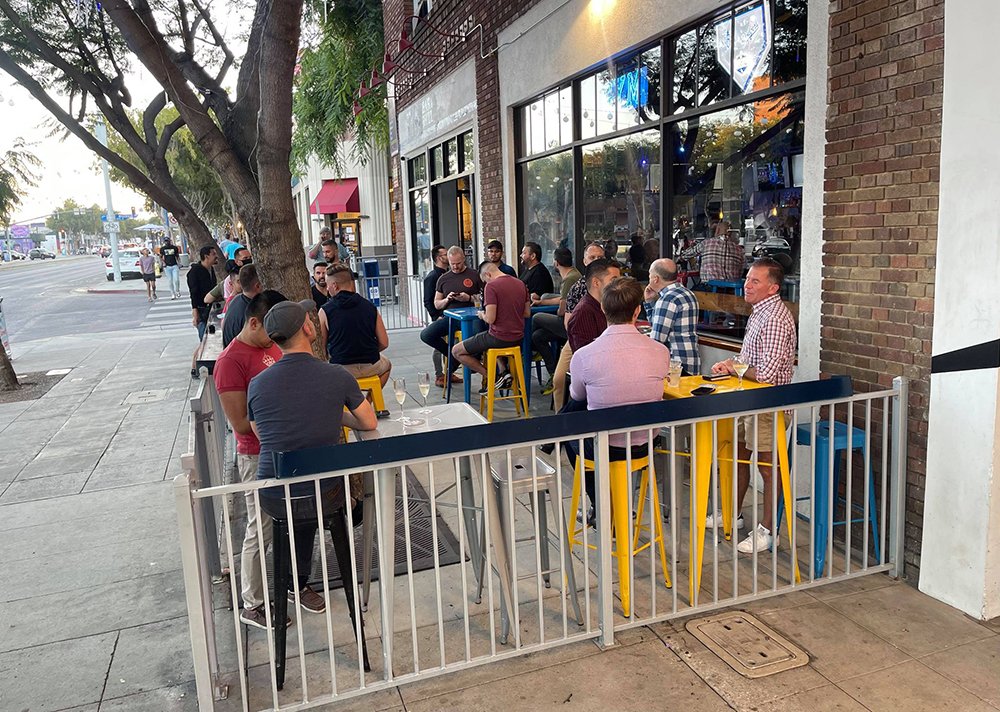 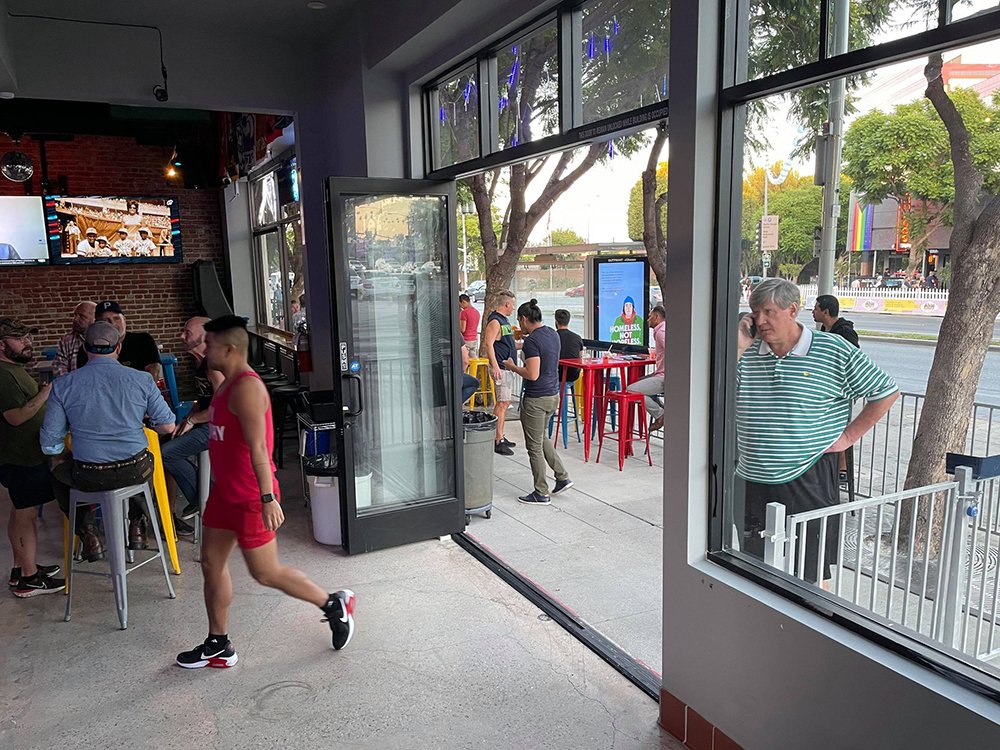 The menu offers what you’d expect from a sports bar and grill, from comfort foods like burgers (at $15.95 a pop), to salads, wraps and side dishes like fried pickles, chicken tenders, and onion rings. They offer a breakfast sandwich as well.

The drink menu includes The Gym Classic, the Paloma Pitch, The “Ram” Punch, and The Sparks Spritz to name a few (price ranging from $14to $16. A slushy being the lowest price point at $12). 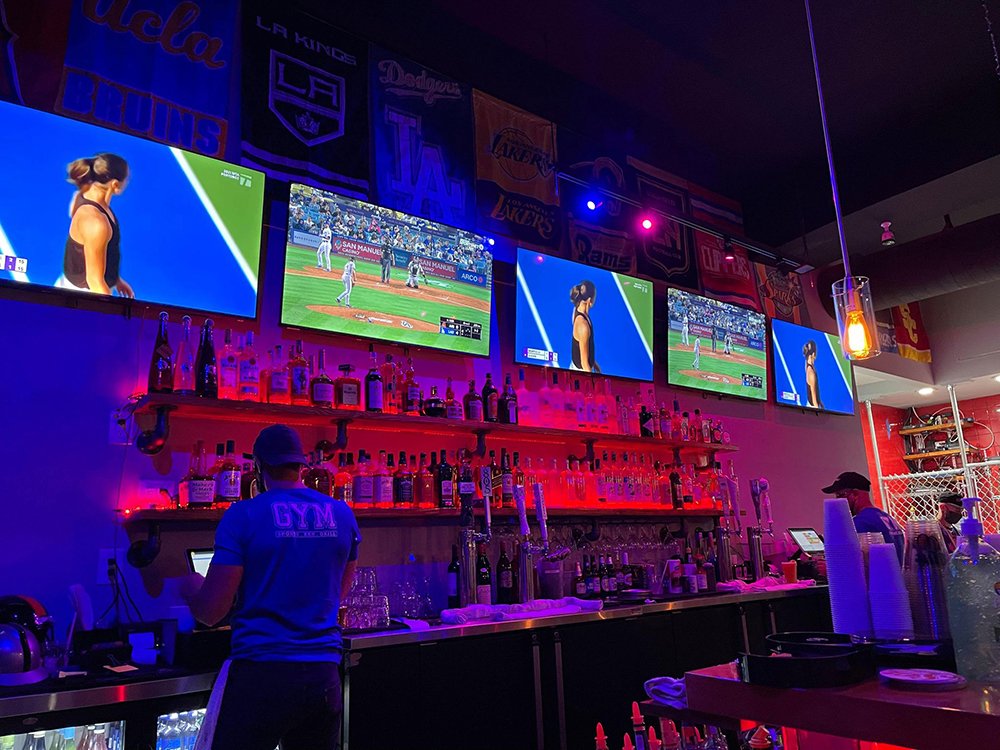 The original Gym Bar celebrated 10 years at 8737 Santa Monica Boulevard in 2019, home to former lesbian bar Normandie Room. In July, 2020, the bars owners announced that it was closing for good after being shut down for four months due to COVID. It would become the first of four gay bars in West Hollywood to close permanently. Flaming Saddles, The Gold Coast and then Rage all lost their lease during the pandemic.

In January 2021, the gay sports bar announced it was getting a second chance at life in West Hollywood on the corner of Hilldale Avenue and Santa Monica Boulevard, two doors down from what used to be Rage Nightclub. It would need the financial support of its patrons to complete its construction via a gofundme campaign. The restaurant and bar raised $20,725 of a $75,000 goal. By March of this year, the Bar announced it had been approved to serve liquor at the new location owned by Monte Overstreet, who has been blasted by many of his former tenants for being a difficult landlord. Gym Sportsbar and Grill is the only shuttered bar in WeHo that has gotten a new lease on life on Santa Monica Boulevard thus far.