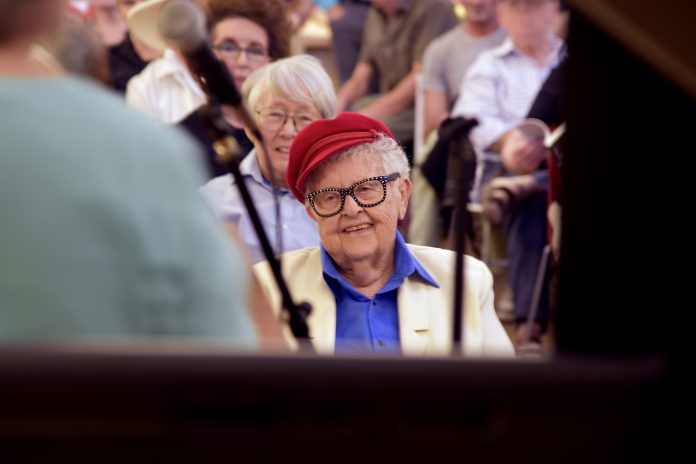 Family, friends, and longtime colleagues gathered at One Archives at the USC Libraries in Los Angeles on Sunday, January 27, to bid a formal farewell to LGBTQ activist Ivy Bottini, 93. The soon-to-be former West Hollywood resident is set to move to Florida on February 1, to live with her daughter.

There was a small reception followed by a presentation of speakers led by her biographer Judith V. Branzburg, who authored, “The Liberation of Ivy Bottini, A Memoir of Love and Activism.” Speakers shared stories and honored a lesbian woman who is known for being colorful, charismatic, magnetic, and brilliant. She was remember for her guts, for her generosity, for her mentorship, her fearlessness, friendship and for her art.

The event was rich in history, laughter and Bottini even sang a moving rendition of “Over the Rainbow” to a room that was filled to capacity.

“One of the things that I’ve observed about Ivy is, as a leader, she initiates important ideas that would inevitably be life-changing for many,” former girlfriend Dottie Wine shared from the podium. “[She] recruits others through paths or develops passions about a cause and gets out of the way. Probably one of the things that I appreciate the most…she never lets her ego get in the way of accomplishing the task at hand with no investment in who gets credit. She is all about getting job done.” 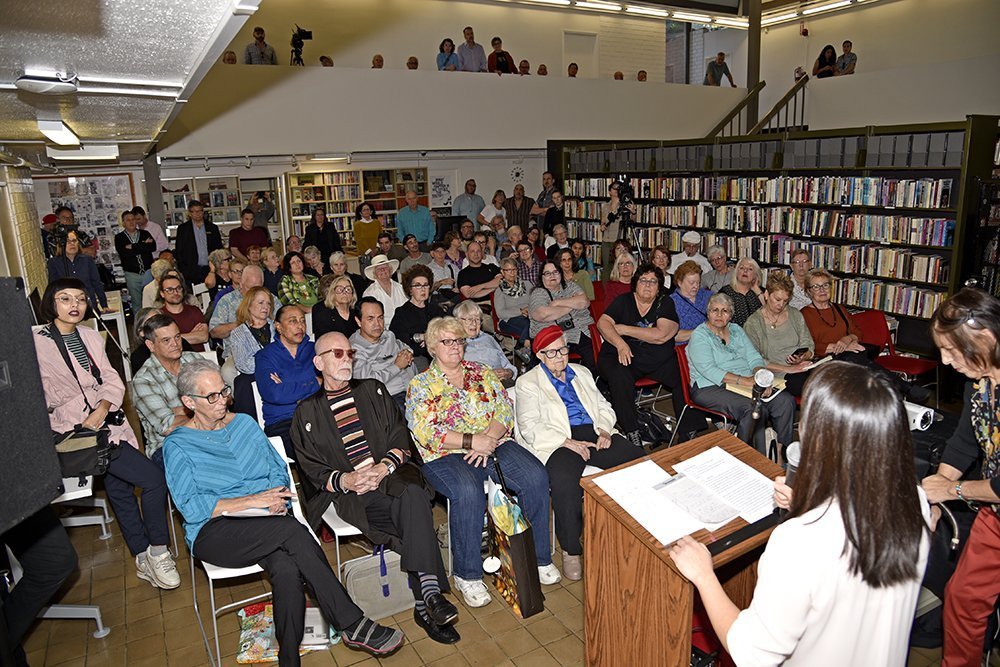 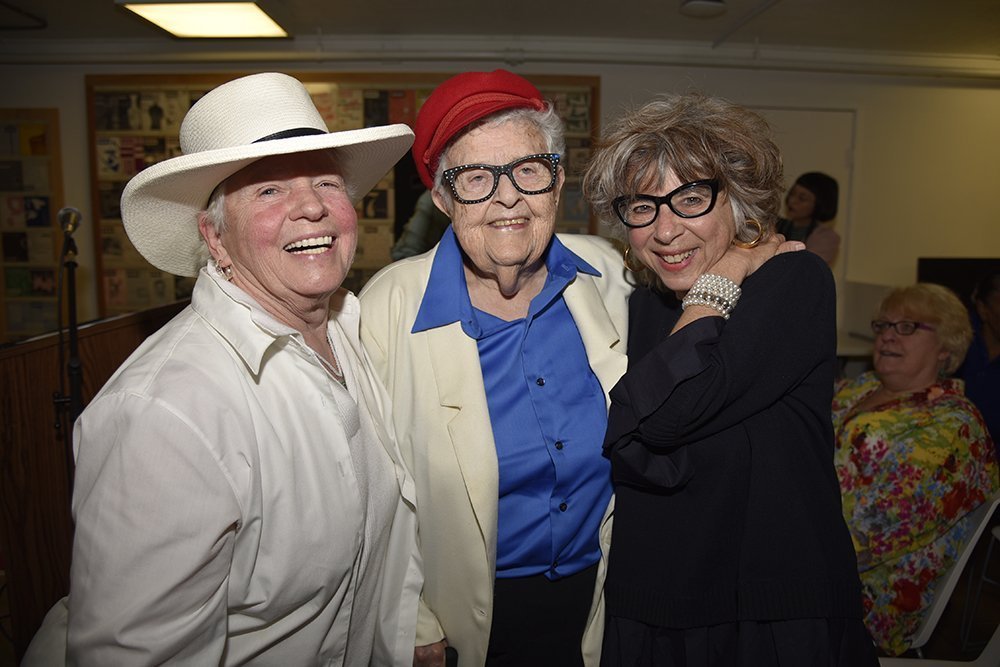 Bottiny was revered as a woman who was at the forefront of the NOW movement and the second wave of feminism. She helped found the New York City chapter of the National Organization for Women and in 1969 designed the NOW logo that is still used today. She moved to LA County in 1971 and became an activist for many LGBT causes, co-founding the Coalition for Human Rights, the Los Angeles Lesbian/Gay Police Advisory Board, AIDS Network LA, and AIDS Project LA. Her stories of transformative personal growth, sacrifice and activism are not only inspirational and educational, but also a model for activism from a leader in two of the most important liberation movements of the past half century—women’s liberation and gay & lesbian liberation.

Among the speakers was former West Hollywood council member Steve Martin, who took over as president of the Stonewall Democratic Club when Ivy retired as club president in 1990. 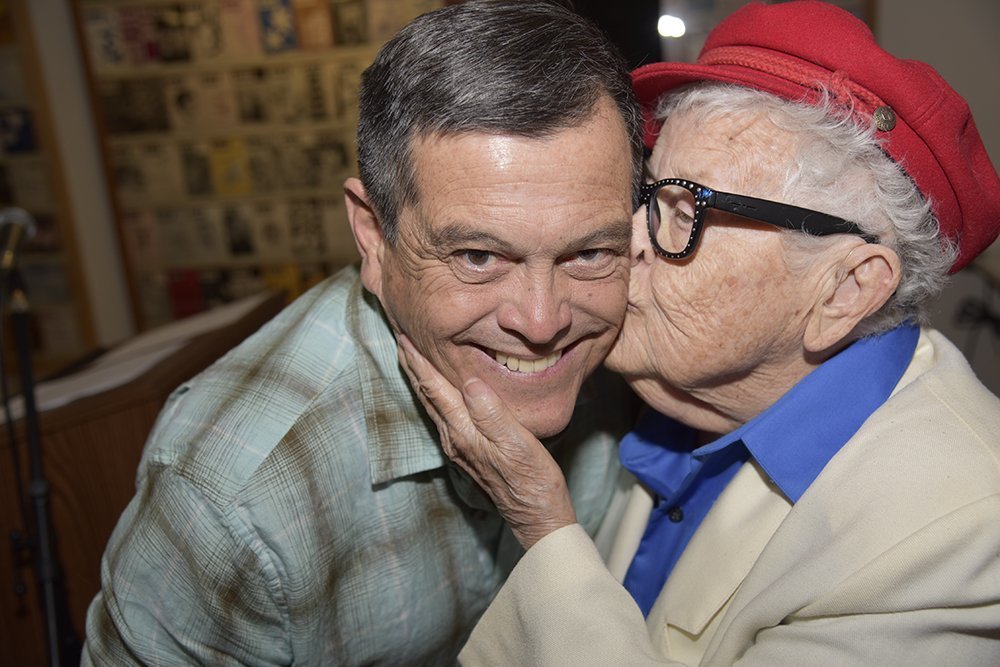 “Ivy was able to combine art with her activism,” he said. “It was in her leadership. She has ways of doing things that could bring people together and motivate them. She also knew how to speak truth to power and was never afraid to do it…I think she’s been an inspiration to a lot of people and hopefully to a new generation.”

Bottini was presented with a proclamation sent from Los Angeles Supervisor Sheila Kuehl. The Los Angeles Blade publisher Troy Masters, and news editor Karen OCamb, presented her with a Local Hero Award for her years of activism and contributions to the LGBT community. 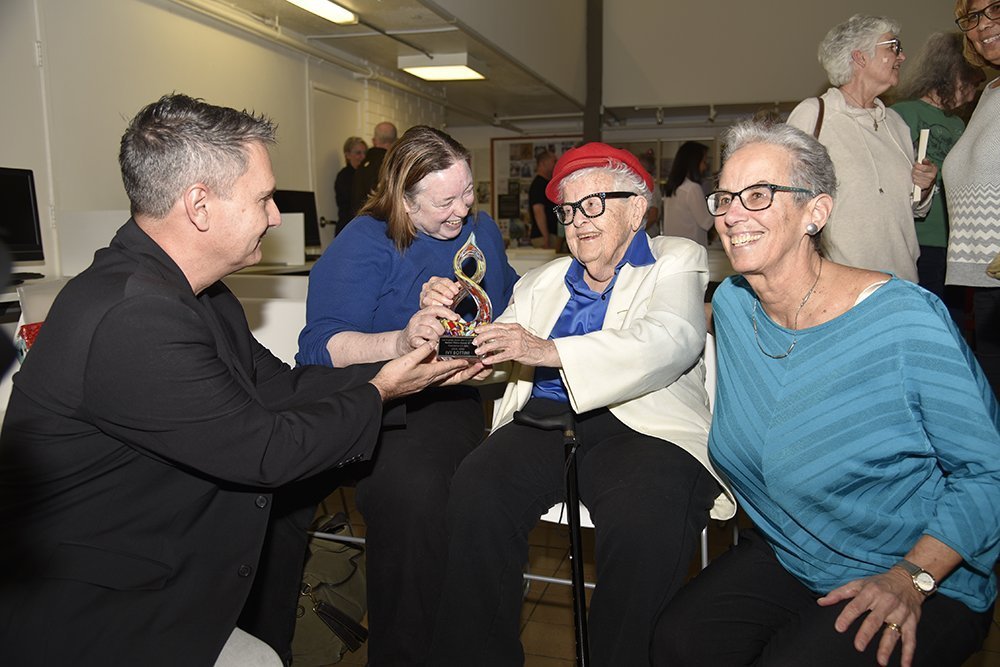 “This really is overwhelming” said Bottini, during her climatic speech. “I’ve been looking forward to today ever since I knew it was on the calendar. I knew I would see so many people who I have a long history with. Over the years I have built quite an extended family. There are so many of you that are in that family…I feel like my time here is finished to a great extent. The city of West Hollywood is not the city of West Hollywood that I knew and I’m frankly not happy the way it’s turned out. I’m not. There’s no place for middle class people anymore. There are people who are well off or people who are struggling to stay here and don’t have much money, so it’s time for me to go and find some other people to drive crazy. I intend to check out the Democratic party where we are and kind of look at the lay of the land and the whole movement to get people to turn Florida blue. I think that’s a mighty good idea.” 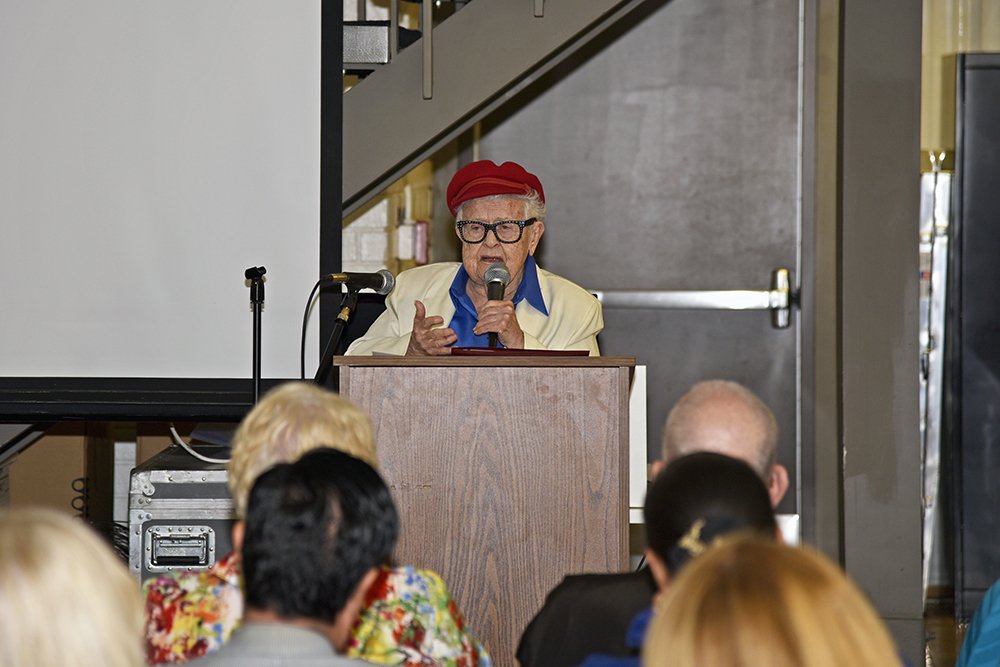 “I leave people that I truly, truly love,” she added. “It’s been an honor to know them. And it’s been an honor to do what I’ve done. We need more activist. We need people to stand up and yell at the city council. We need people to go to the county meetings and yell at county people…so get off your asses and start going to meetings and challenge the power wherever you live, because they’re not always right.”

Bottini and Branzburg signed copies of their book at the end of the presentation. Those who attended the event were also able to view Bottini’s personal papers, which are preserved by One Archives. A documentary on Bottini by lesbian filmmaker Andrea Meyerson is currently in the works. 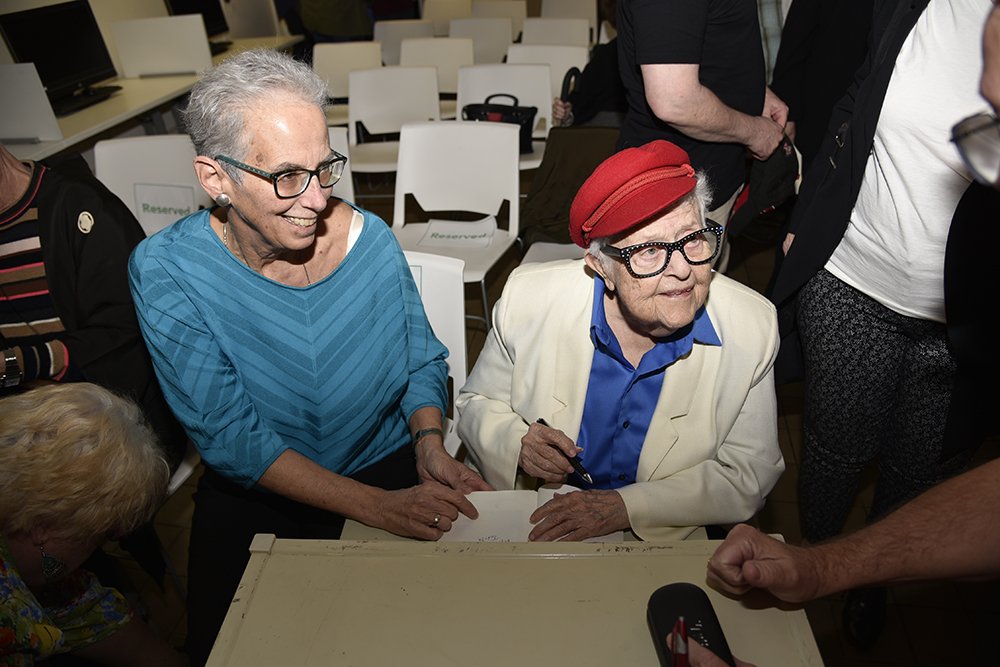 The ONE Archives Foundation is a non-profit organization that relies on variety of funding sources to sustain its core programming. Click here to learn about several ways to support their work.