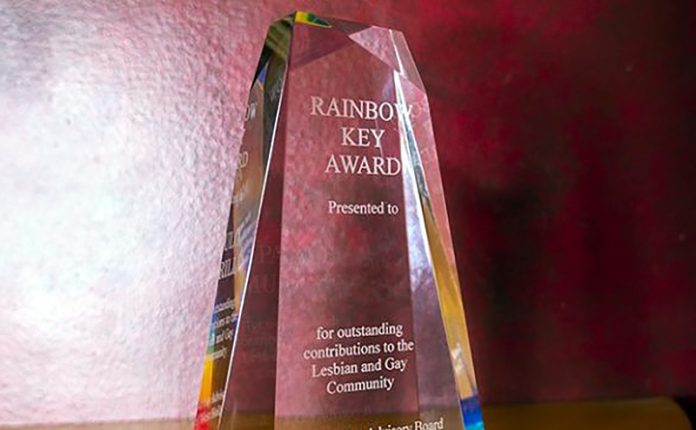 Nominations may be submitted electronically through the City’s website at www.weho.org/rainbowkey. Nomination forms are due by Tuesday, January 31, 2023. The awards presentations are scheduled to take place in the Summer of 2023.

Each year, the West Hollywood City Council selects award recipients following recommendations made through a nomination process overseen by the City of West Hollywood’s LGBTQ+ Advisory Board.

Since incorporation in 1984, the City of West Hollywood has become one of the most influential cities in the nation for its outspoken advocacy on LGBTQ issues. No other city of its size has had a greater impact on the national public policy discourse on fairness and inclusiveness for LGBTQ people. More than 40 percent of residents in West Hollywood identify as LGBTQ and three of the five members of the current West Hollywood City Council are openly gay or lesbian. The City has advocated for nearly four decades for measures to support LGBTQ individuals and has been in the vanguard on efforts to gain and protect equality for all people on a state, national, and international level.