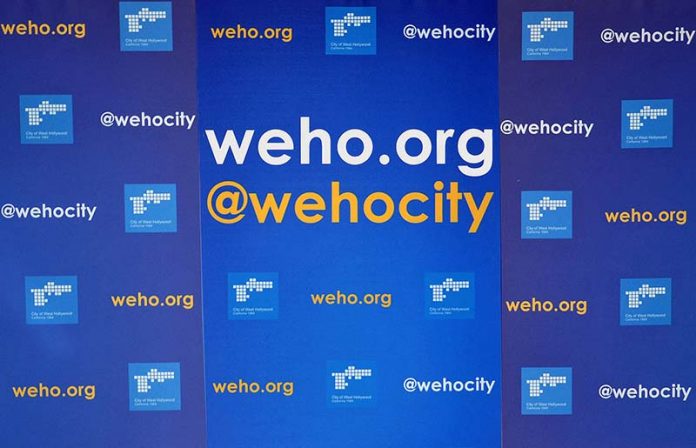 The next regular city council meeting on Monday, March 7, 2022, at 6:00 p.m., will be a hybrid limited in-person and virtual teleconference meeting. City Council Chambers will be open to the public with limited public seating. There will be temperature checks and mask requirements. All virtual viewing and participation opportunities are still being provided.

AB 361 has authorized public meetings to take place via teleconference because State and Local officials are recommending measures to promote social distancing. The City Council members, limited City staff, and a limited number of members of the public will participate in Council Chambers located at 625 N. San Vicente Boulevard, and/or via teleconference using the Zoom platform. The meeting will also be broadcast live on the City’s website.

The last attempt at a hybrid city council meeting that was accessible both in-person and via virtual teleconference was on Monday, October 18, 2021. The City monitored Los Angeles County’s COVID-19 daily positivity rates and orders from the Los Angeles County Department of Public Health to make any changes, as appropriate. The rise in infections of the omicron variant moved the council meetings back to virtual formats.

West Hollywood’s official viewing platform for public meetings is on the city’s website at www.weho.org/wehotv. To afford the public with a multitude of viewing options and in order to expand access to our public meetings, broadcasts are also available as a courtesy on local cable television and multiple streaming platforms. However, because they are a third party and operate independently from the City of West Hollywood, their reliability cannot be guaranteed. Broadcasts of public meetings can be found on Spectrum Cable Television’s Channel 10 within West Hollywood’s borders. Digital streaming platform viewers can easily find programming by searching for “WeHoTV” within the search functions of the following services. Android TV, Apple TV, Fire TV, Roku and YouTube.

To better facilitate the remote meeting, members of the public who wish to comment on matters before the City Council are strongly encouraged to submit written correspondence to publiccomment@weho.org or submit an E-Comment by visiting www.weho.org/wehotv no later than 2:00 p.m. on Council meeting day. Note: Written Correspondence and E-Comments will not be read into the record during the City Council meeting; however, correspondence received by 2:00 p.m. will be forwarded to the City Council and posted on the City’s website as part of the official meeting record. Your comments and information will become part of the official public record. If you do not want your personal information included in the official record, please do not include your address and/or phone number.

Viewing or Virtual Teleconference – Details about this hybrid meeting, including a link to the agenda packet, are posted at www.weho.org/councilagendas. The meeting agenda contains information about how to view the meeting, how to provide written correspondence or e-comments, and how to provide public comment by phone.