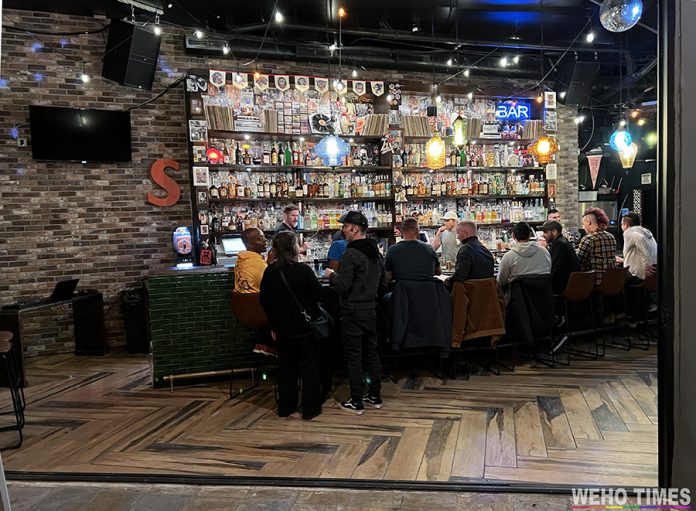 Check out pics of the new neighborhood gay bar that has FINALLY opened in the City of West Hollywood at 8737 Santa Monica Boulevard. The soft opening was at 6pm yesterday, Friday, November 11, 2022. It has taken over the space of Gym Sporstbar’s previous home. Management says it will start with limited hours and have a grand opening next weekend.

The new WeHo business opened its doors sans a name (the owner is being hush-hush about its Christened name) this weekend.

Owner Jay Krymis, who also owns the space formerly known as Fubar, located at 7994 Santa Monica Boulevard, hoped to have his brand-new neighborhood gay bar open on Halloween weekend, but the business venture has been plagued with delays that didn’t allow them to cash in on that busy weekend on the Rainbow District.

Krymis officially announced the closing of FUBAR Weho on October 10th via an Instagram Story. The WeHo Dive bar known for hosting events like BFD Thursdays, Dick’s Den, and Adonis Lounge L.A., closed after roughly 24 Years at that location. It never opened after the COVID-19 shutdown. 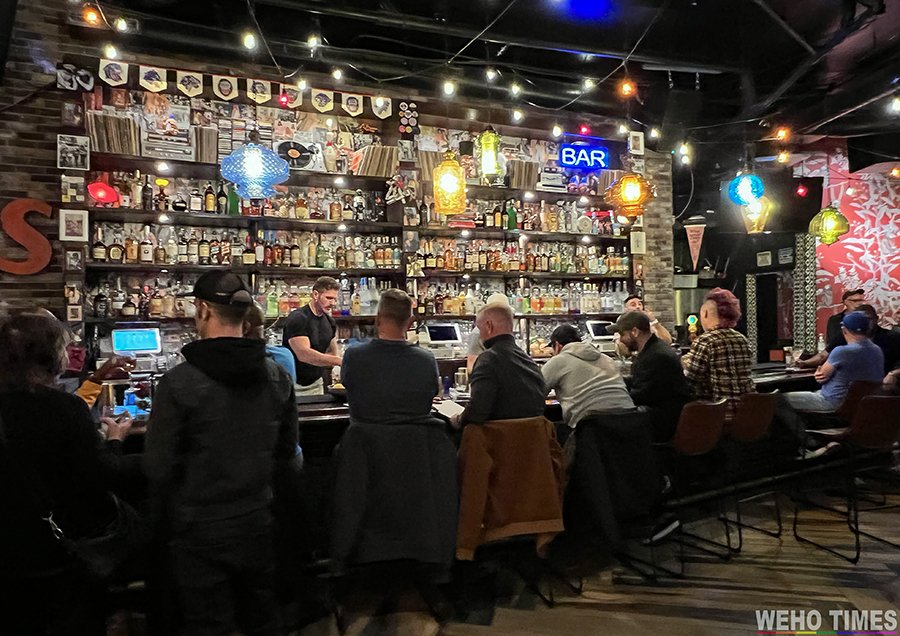 In that same Instagram story, Krymis asked for prayers to the Bar and Nightclub Gods that he’d be able to open as soon as Halloween weekend, but Hallow’s Eve came and went, and the Great Pumpkin was nowhere in sight. The bar remained closed for a few weeks longer until this weekend.

The bar had a decent crowd one hour after opening (if you know, you know). The new space pays homage to LGBTQ history with old magazine clippings, art and photographs of famous LGBT faces behind the bar and on the walls. There is a neon “Bar” sign that comes from FUBAR, along with some photos and other memorabilia from the shuttered space (the bar menu includes a drink called the FUBAR). There are floor to ceiling accordion doors that open the entire bar and a patio with heat lamps in place for the cold coming months. 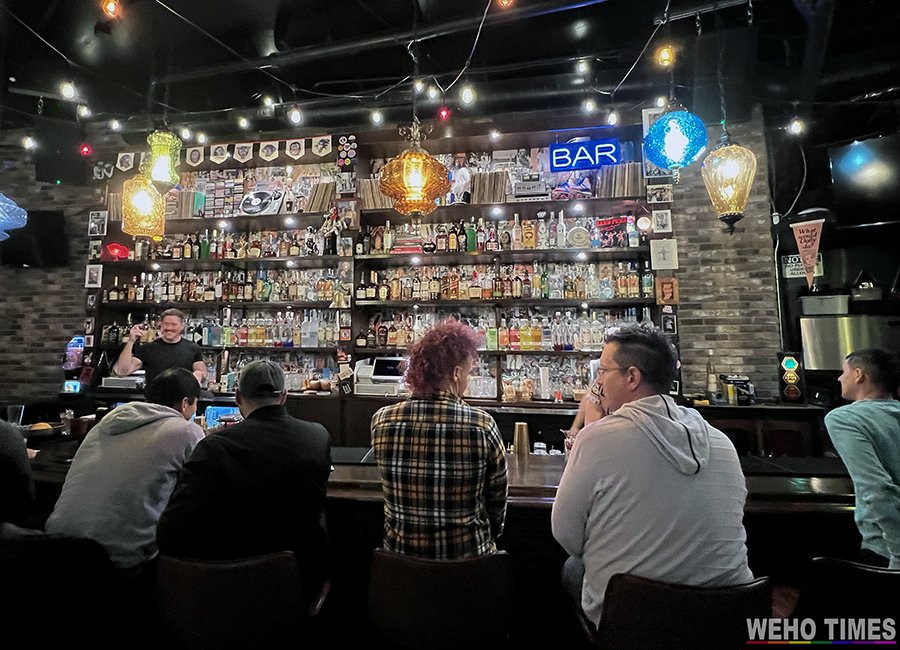 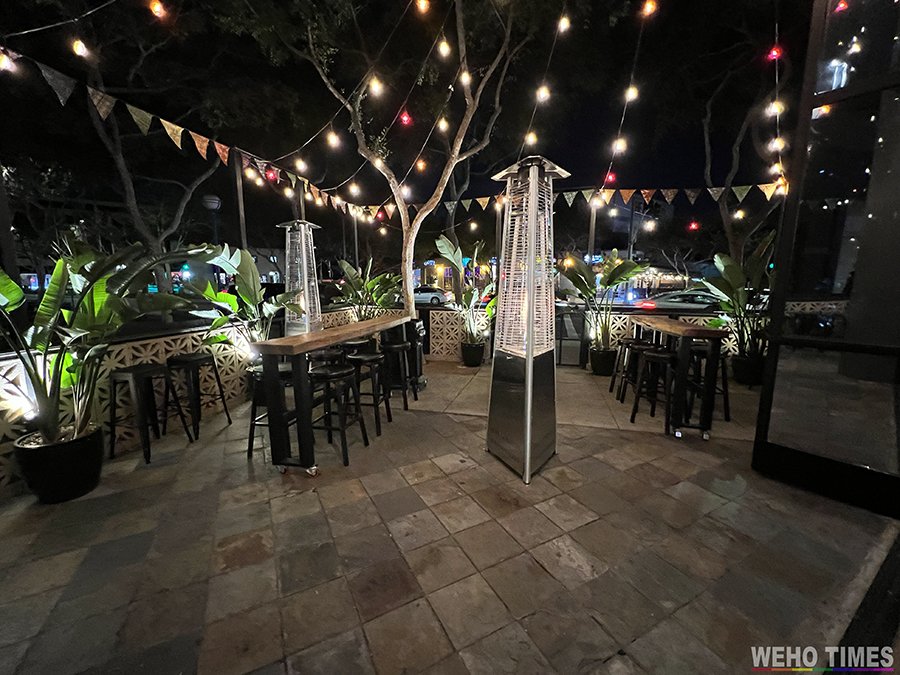 There is also a picture of the recently departed comedian and actor Leslie Jordan located front and center surrounded by top shelf liquor bottles, which would have made the comedian who was known for being clean and sober, cackle with laughter. Jordan recently passed away on October 24, 2022, in a car crash believed to have been caused by a medical emergency of sorts.

Manager Danny says he also doesn’t know the name of the new bar that he’s running and that Krymus is the only one who will reveal the name presumably before or during its grand opening. Liquor license number 638092 pertaining to 8737 Santa Monica Boulevard still holds the business name as Dolly Shine, as of the publishing of this piece, which Krymis says is not the real name he settled on.

One thing is for certain about the new neighborhood bar in West Hollywood: The owner says the bar will be “gay, gay, gay.”

AND, we can SIT at the bar? Awesome. Tasteful looking place both inside and out. Hope to stop by this weekend. Best of luck to Jay and his team!