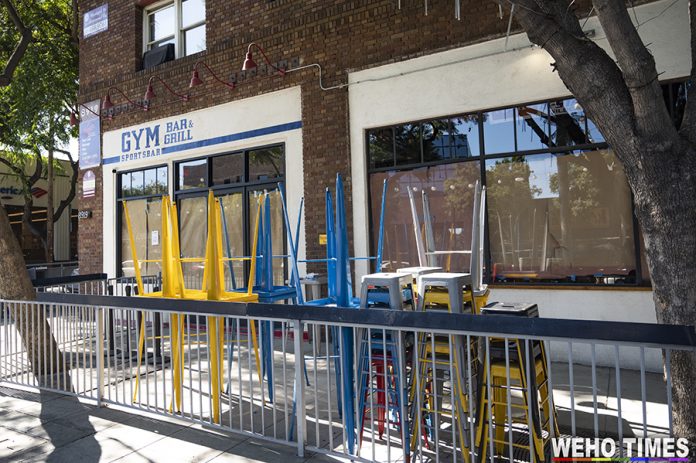 It’s for real this time. The clock is ticking for the official opening of the new Gym Sportsbar Bar & Grill on the corner of Santa Monica Boulevard and Hilldale Avenue. After some delays from its original opening goal, which was supposed to be in mid-July, a post on their official Instagram page states the opening of the new restaurant and bar will be this Thursday, September 16, 2021.

There was some activity inside the bar this past weekend, getting things ready for their grand re-opening in the city of West Hollywood. A quick snapshot through a crack in its window coverings shows that they’re bringing back some of its old Gym Bar motif, making it like a sports watering hole. 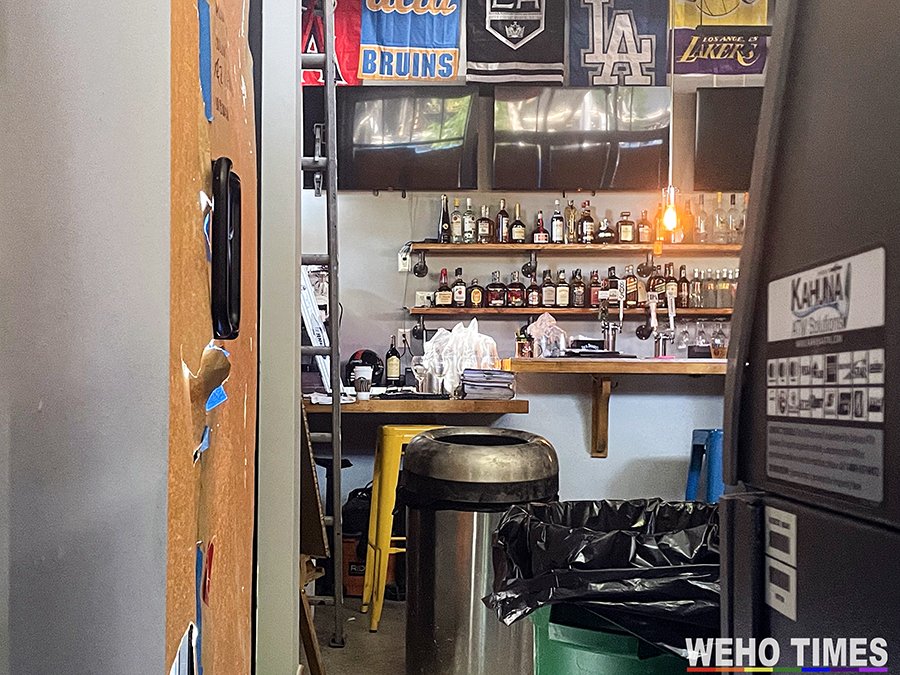 A sign at the door states the they are still hiring. Positions currently open are for line cooks and security guards. Email resumes to: gym.bar.grill.weho.jobs@gmail.com.

“We’re coming back stronger than ever and we want to tell the entire community that we’re here,” general manager and bartender Giovanni Vitulli told WEHO TIMES this past June during WeHo Pride weekend. “We love you and can’t wait to see you soon. The food is going to be amazing and of course, the drinks are always great. Then there are the people. Gym Bar is a place where they feel comfortable and where they know that they’re accepted.”

Vitulli says the new Gym Sportsbar Bar & Grill will serve burgers, fries, wraps, chicken and some breakfast items. He also plans to reunite with local sports teams like the West Hollywood Dodge Ball team, as well as Gay Varsity League. “We’re going to be with all of them,” he said. “Everyone is going to be here.” 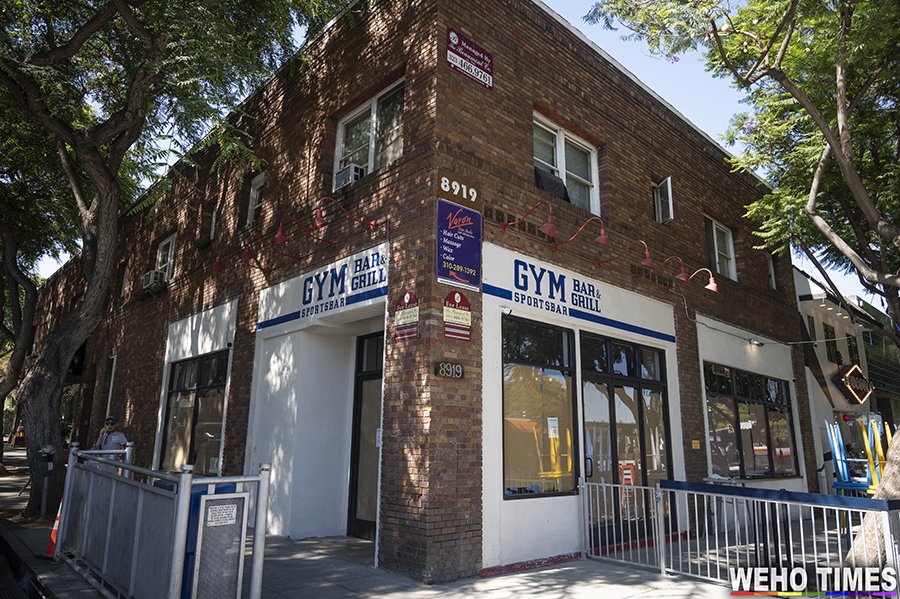 Gym Bar celebrated 10 years at 8737 Santa Monica Boulevard in 2019, where lesbian bar Normandie Room had been located. In July, 2020, the bars owners announced that it was closing for good after being shut down for four months due to COVID. It would become the first of four gay bars in West Hollywood to close permanently with Flaming Saddles, The Gold Coast and then Rage all lost their lease during the pandemic.

In January 2021, the gay sports bar announced it was getting a second chance at life in West Hollywood on the corner of Hilldale Avenue and Santa Monica Boulevard, two doors down from the now shuttered Rage Nightclub. However, it would need the help of its patrons to complete its construction via a gofundme campaign. The restaurant and bar raised $20,725 of $75,000 goal. By March of this year, the Bar announced it had been approved to serve liquor at the new location owned by Monte Overstreet, who has been blasted by many of his former tenants for being a difficult landlord. Gym Sports Bar and Grill is the only shuttered bar in WeHo that is getting a new lease on life on Santa Monica Boulevard thus far.

“It’s going to be business as usual,” Vitulli added. “It’s just in a better location and better food. We didn’t serve food at the other location, so we can’t wait to serve you all next month.”

Before it was The Halal Guys restaurant but, they now just have a central location that they deliver from during the pandemic☣ with NO on site dining, it also turns out to be more profitable for them doing it that way. Now wealthy property owners like a real life versions of the character Mr. Burns from The Simpsons such as Monte Overstreet will have to look to exploiting tenants that offer products or services that can’t be easily replaced by a delivery service. What should of been done early on in the pandemic☣, was to cancel the rents until COVID-19… Read more » 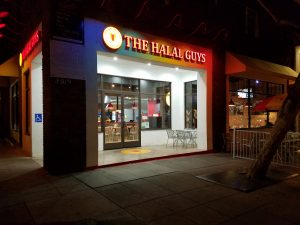