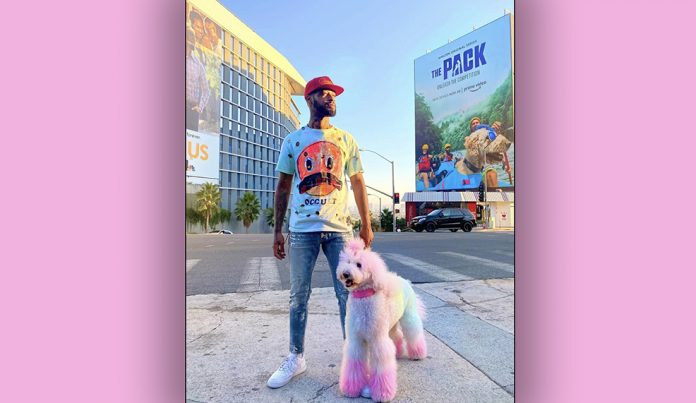 Keep an eye out for West Hollywood resident Josh White and his “(dog)hter” Snow. They are part of the cast in the new original series “The Pack”, a dog competition show premiering November 20, 2020, on Amazon Prime.

Hosted by Gold Medalist skier Lindsey Vonn, and her dog Lucy, The Pack features 12 teams of dogs and their human companions as they set forth on a global adventure. The four-legged creatures and their sidekicks will compete in challenges that will celebrate, and at times, test the incredible bond between dog and human. The winning duo could take home a life-changing $500,000, with an additional $250,000 prize going to the animal charity of their choice.

Josh White lives, works, and plays in the city of West Hollywood. He moved to WeHo in 2016. He founded Dogue Spa in WeHo with his boyfriend and business partner Mehdi Rezig.

Snow is hard to miss in the gayborhood with her crazy hairstyles and multi-colored fur. White describes Snow as a standard poodle. “She’s 3 years old and if I could describe her personality, she’s very happy go lucky and just loves to jump and hug everyone,” He posted on his instagram account @joshandsnow. “Together we just want to spread and give smiles to everyone we pass by! Especially during these tough challenging times I’m just happy to know we could put a smile on someone’s face.” 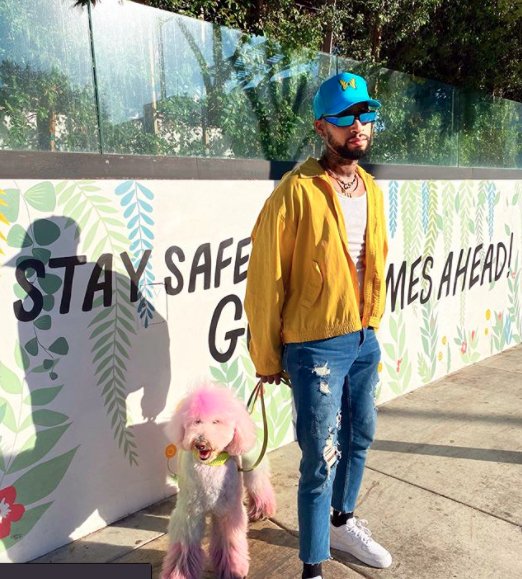 Located at 8278 Santa Monica Blvd, in West Hollywood, Dogue, is a full service spa that offers a unique, high end salon experience to a human’s best friend. Each dog is given a thorough consult by a stylist to assure the best results. The spa currently carries exclusive dog apparel pieces from Barks First Avenue, a variety of one of a kind premium chews and treats, and will soon launch its own signature dog apparel and accessory line.

White’s life and business partner, Mehdi, moved from Switzerland less than a decade ago. He moved to WeHo in the summer of 2013, to pursue his career goals. He has been a pet lover / owner ever since he was a child. Mehdi quickly saw the obvious love and talent Josh possessed both as a groomer and a dog owner, so he encouraged Josh to pursue his dreams. Being an entrepreneur, and holding a Masters in Finance, Mehdi applied his business skills to establish Dogue so he and Josh could build their brand together. 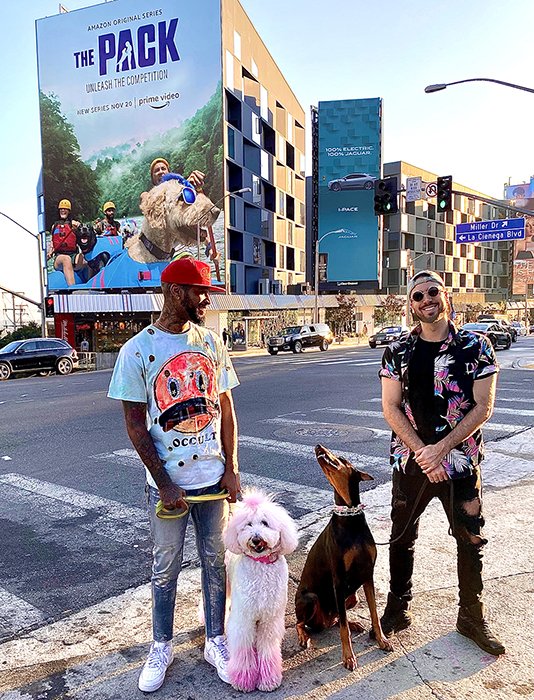 Josh White and Snow can be seen on billboards promoting The Pack all over West Hollywood and the Greater Los Angeles area.

To learn more about The Pack on Amazon Prime, visit: https://www.amazon.com/The-Pack-Season-1/dp/B08KKY92M1. 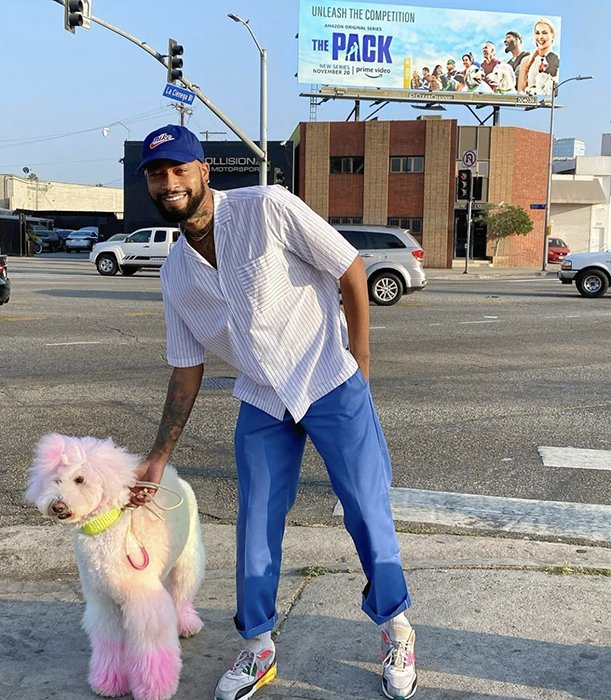