Neighborhood Watch Groups joined West Hollywood City officials, West Hollywood Gateway, the City’s Public Safety Commission, and Russian Advisory Board for an evening of block parties in celebration of the 38th annual National Night Out 2021. Community members enjoyed live entertainment, free food and a chance to unite with neighbors in solidarity against crime. In-person events were coordinated with the Los Angeles County Sheriff’s Department, the Los Angeles County Fire Department, and the City of West Hollywood.

There are usually six to ten separate events for National Night Out throughout the city of West Hollywood. However, because of concern over the recent surge in COVID-19 cases, there were only three-in person events this year. One event was virtual for those who wished to stay home.

U.S. Representative Adam Schiff was at all three events. He met with council members, took photos and community members and seemed to enjoy the block parties, which were all well attended.

National Night Out 2021 kicked off at the West Hollywood Gateway. Vendors enjoyed live entertainment, free sandwiches from Mendicion Farms and samples from Pisces Poke & Ramen, free ice cream from Jen & Jerry’s, as well as coffee from Starbucks, to name some partners. The Gateway offered a calm atmosphere for a chance to meet law enforcement and members of the West Hollywood city council. 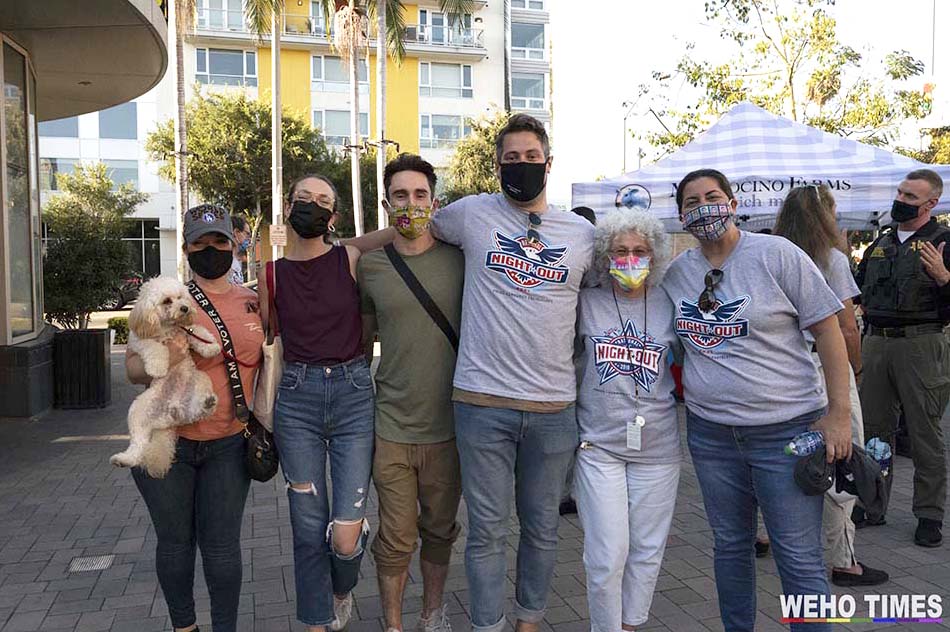 Then there was the WeHo East Neighborhood Watch block party from 6 p.m. to 9 p.m. A section of Poinsettia Drive was closed off to moving traffic. The event was Mexican-themed with special performances by LGBTQ Mariachi band Arcoiris de Los Angeles serenading the crowd. The event was like a street festival with booths supporting local businesses. There was a taco truck, free pizza, popcorn, hotdogs, ice cream bars and an artist was on hand for caricature portraits. 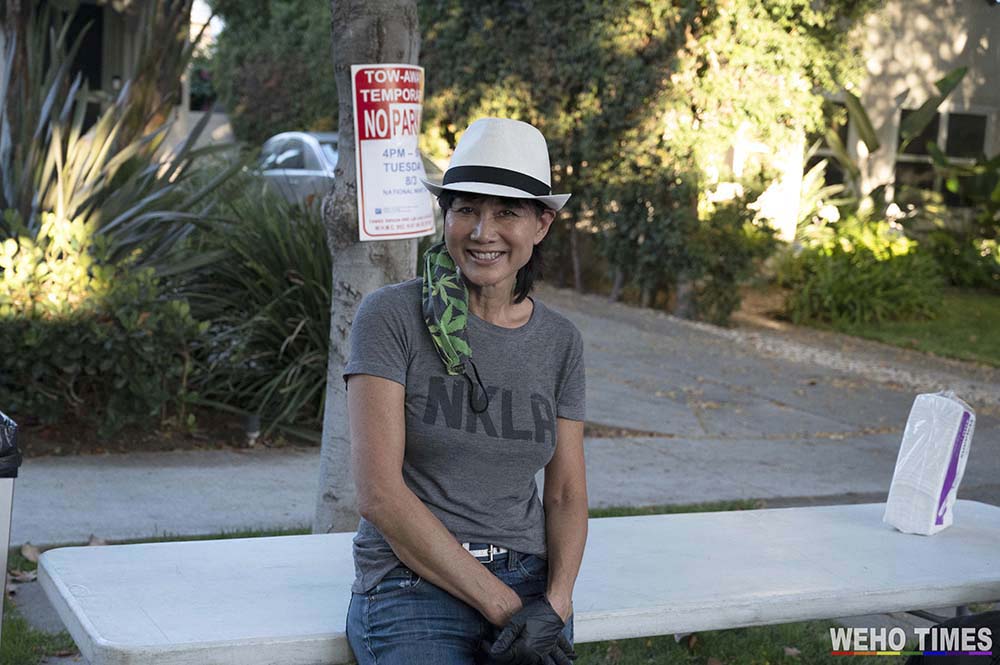 Free live entertain, food, and various treats aside, ten lucky guests walked away with free raffle items by supporting sponsors. Gift items were auctioned off toward the end of the evening.

Then there was the West Hollywood Heights Block Party from 7p.m. to 9 p.m. by the 1230 Horn Avenue Neighborhood Association at the top of the hill. It too was a Mexican fiesta with margaritas and a street style taco stand courtesy of Sammy’s Food Service served by Aracely (323-443-4168). There was a selection of tacos and quesadillas, homemade guacamole and other treats. 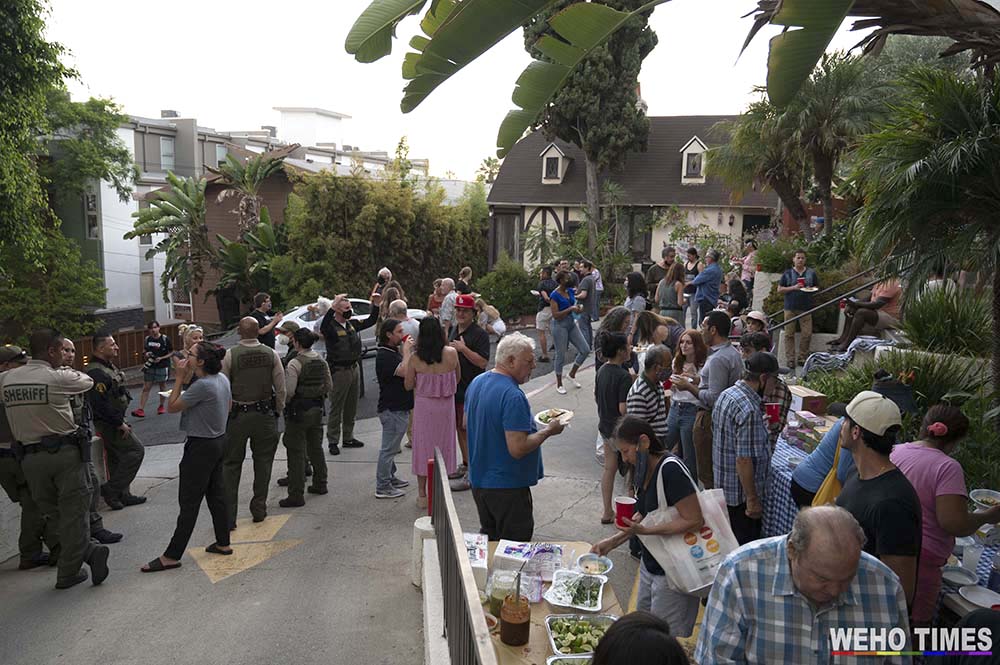 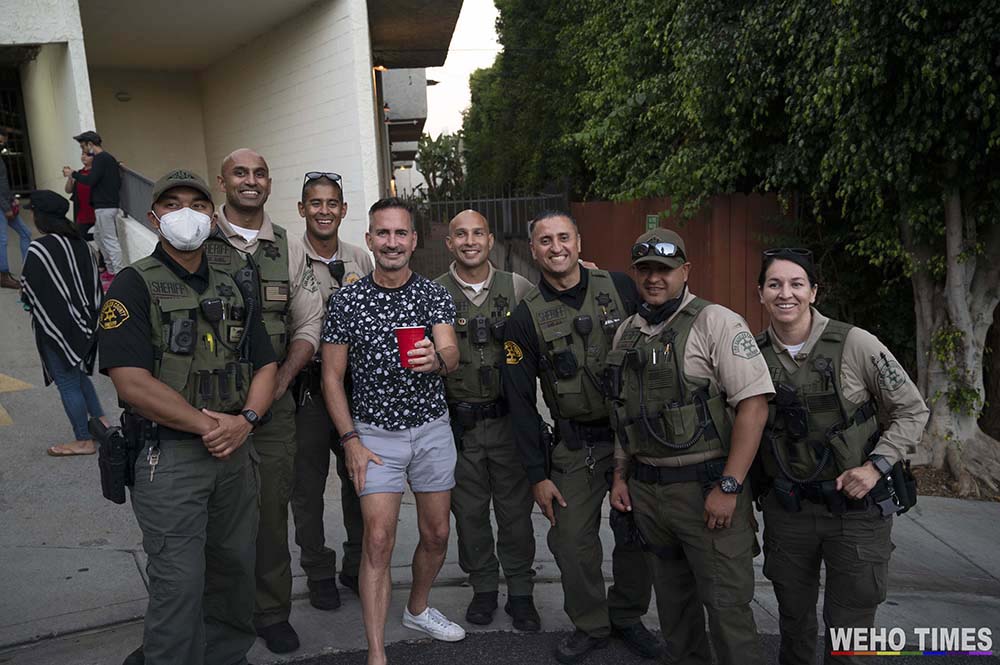 The event at the end of Horne Avenue, north of Sunset Boulevard has been taking place for many years. Communit Elyse Eisenberg has been helping organize the street party event with her building manager Francesca, building maintenance man Juan, along with other neighbors these past five years.

“It’s wonderful to be able to celebrate outdoors,” said Eisenberg. “Most everyone is vaccinated fortunately. It’s nice to get together with people again. We’re very happy with the turnout considering there’s a pandemic. Obviously there are a lot of people concerned about the Delta variant, so we had quite a number of people not show up who are rightly concerned, and are being cautious. Fortunately seventy five percent of the people in this city have been vaccinated. We did check, and considering that, it does look that there were 150 people that came through the course of the night. We usually get about 200 people, so I’m thrilled. People are happy to get together again.”

“We still made #NationalNightOut a success in @wehocity,” posted West Hollywood Mayor Lindsay Horvath on her social media. “Thanks to all our neighborhood watch groups who participated and all the community members who made it possible. We even had a guest appearance from [U.S. Rep. Adam Schiff].” 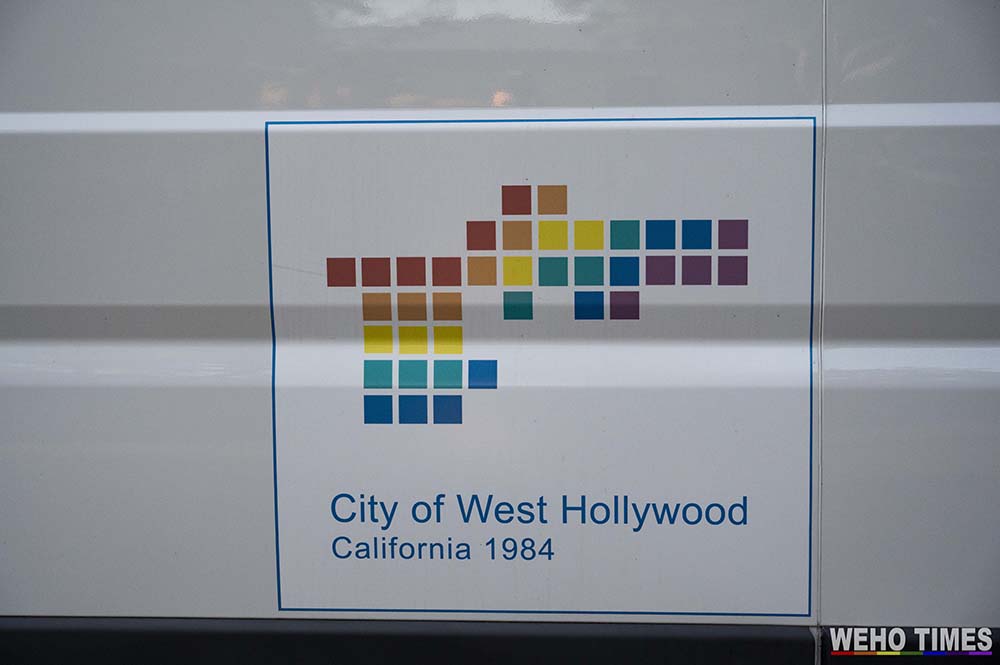 National Night Out 2021 marks the 38th anniversary, which began in 1984 as an effort to promote involvement in crime prevention activities, law enforcement and community partnerships, neighborhood camaraderie and to send a message to criminals that neighborhoods are organized against crime. Nationwide, more than 35 million people in neighborhoods across the country gather outdoors to celebrate their unity and their successes in the fight against crime. Celebrating National Night Out has been a tradition in West Hollywood since the City’s incorporation.

For more information on National Night Out 2021, contact Jasmine Duckworth, City of West Hollywood Community Affairs Coordinator, at (323) 848-6559 or at jduckworth@weho.org.

awesome photos Paulo! great coverage of all three NNOs. One correction tho: the Don Francisco basket was not auctioned, it was raffled off, given away. All the gifts were and Weho East Watch thanks YOU for helping us with that. So many businesses were so generous to participate including Weho Times, Astro Burger, City Dogs, Ibiza Nails, Just Food for Dogs, Fantom Flower, Calma, Pleasure Chest and others. It was such a wonderful turn out and I wish we could have accepted and given away more of the wonderful things that were offered. I was happy to connect with so… Read more »