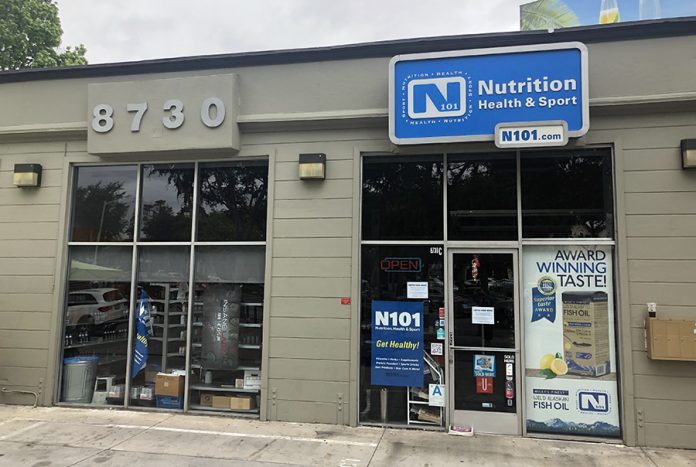 N101 Nutrition Health & Sport, located at 8730 Santa Monica Boulevard in West Hollywood, abruptly shut down their hours of operations after being open since 2012. The WeHo location that specialized in a vast selection of vitamins, herbs, sports nutrition, health supplements, and natural beauty/skincare products was last open over Easter Weekend.

According to sources, the West Hollywood store is partnered with N101 in Hollywood. Those who ran the WeHo store have abandoned ship and left behind a store full of inventory. It is unclear if they officially filed for bankruptcy. 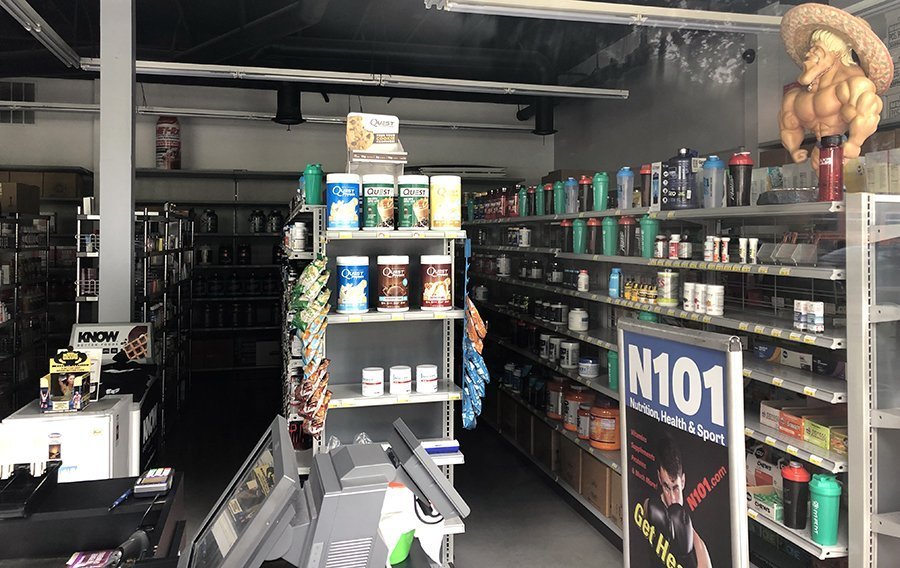 The store closed briefly and then re-opened with limited hours in mid-April. A sign went up stating that due to change in management, the store would be open for limited hours, from 1pm-9pm, Monday through Wednesday; from 10am-6pm, Thursday and Friday; and from 12pm-6pm over the weekend. That sign was up for a week and then the store closed once again, this time for good. The new signage that currently stands at the door of the abandoned building reads:

However, new management never appeared to re-open the store. Contrary to what the signage states, the store has been closed for weeks. According to a former N101 employee, the two men who worked at N101 Nutrition in WeHo were told to gather their belongings and that the store was closing for good. 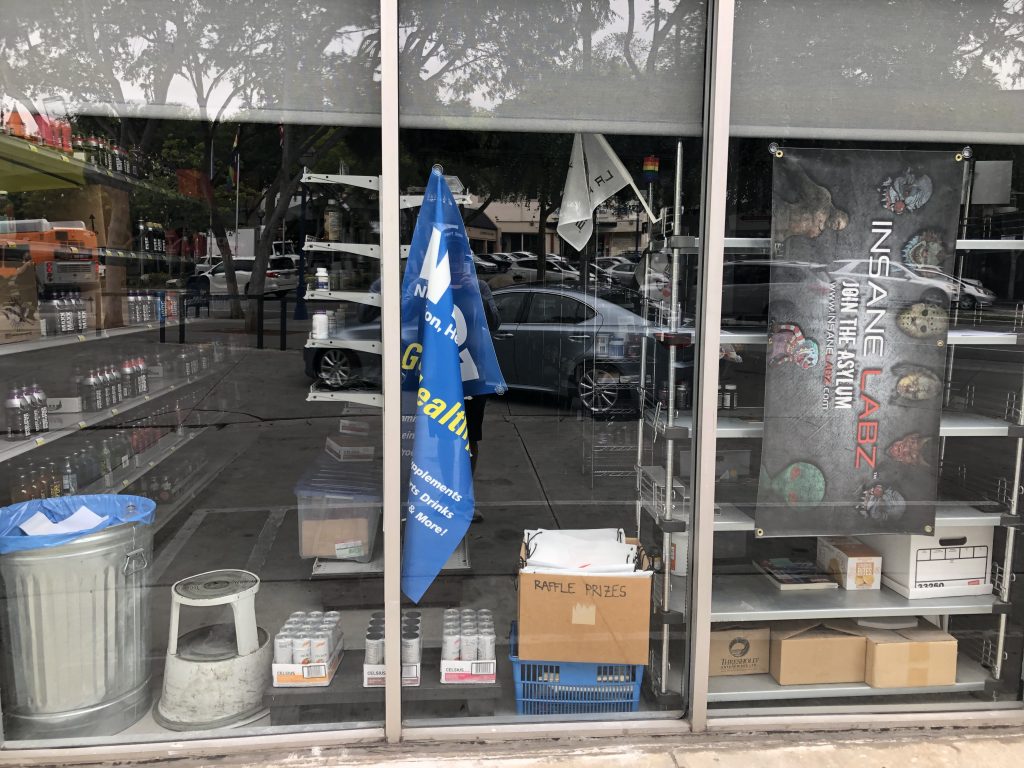 Another source tells WEHO TIMES that financial troubles, low foot traffic and the inability to seal a deal between the partners at N101 Nutrition West Hollywood and the Hollywood location, led to a lapse in rent payments for several months, leaving the management company, 8730 Santa Monica Investors LLC, with a store full of inventory that must be liquidated before a new tenant can take over the space.

No news yet on what business will take over the new space located between My 12 Step Store, and LoCali eatery, on the corner of Santa Monica Boulevard and Huntley Avenue.

WEHO TIMES has been unable to reach a representative at N101 Nutrition in Hollywood for comment.