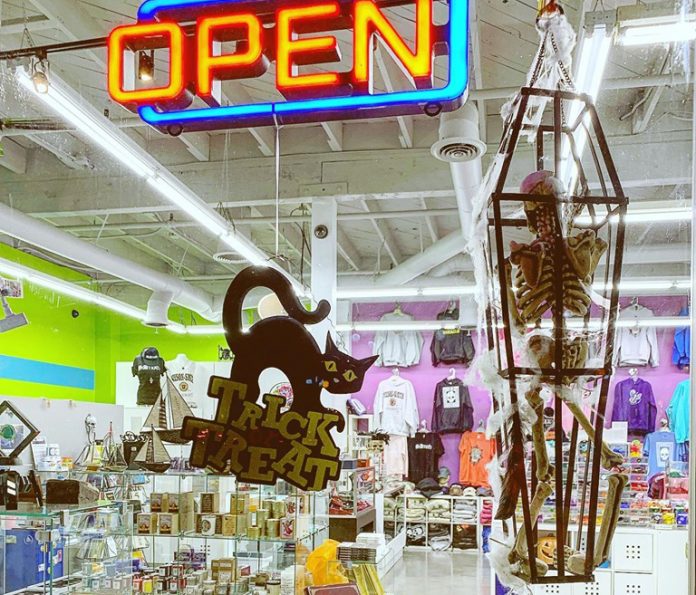 My 12 Step Store is partnering with Safe West Hollywood Community Coalition (SWHCC) during West Hollywood’s famous Halloween Carnaval to help attendees celebrate Halloween night safely. On October 31, 2019, SWHCC, a branch of the West Hollywood Project, will be join the store and other organizations in giving away harm reduction treat bags.

My 12 Step Store will have a station in the store’s parking lot, located at 8730 Santa Monica Boulevard, to distribute a variety of items that promote health and safety. Along with SWHCC, other partners include the City of West Hollywood Social Services Division, APLA Health, and Being Alive.

SWHCC, a branch of the West Hollywood Project, is a group of residents, substance use prevention professionals and treatment providers. The community coalition launched earlier this year to advocate for policies and resources geared toward reducing drug and alcohol problems in West Hollywood. One of the group’s main focuses is methamphetamines (meth).

In addition to Halloween treats, the Halloween Carnaval giveaways include:

“My 12 Step Store specializes in recovery gifts, books and meeting chips for all addictions,” said store owner RJ Holguin. “We ship throughout the world, and our West Hollywood location has always partnered with organizations that are designed to serve the many aspects of the Recovery community. I believe we’re a perfect match to partner with these great organizations and offer harm reduction.”

The SWHCC is developing a ‘Meth Report Card’ that will quantify key metrics like meth overdoses and mortality rates in West Hollywood. The Meth Report Card will be released right before a Meth Town Hall scheduled for February next year. The SWHCC is partnering with the City to host the Meth Town Hall, where community leaders and activists, elected officials, nonprofit representatives, and concerned citizens can come together and discuss ways to combat meth use in West Hollywood.

“Most community members I’ve talked to know someone whose life has been destroyed by meth and we continue to see it as in issue in community surveys,” said Alexis Sanchez, Prevention Coordinator for the West Hollywood Project. “With fentanyl starting to make its way into drugs other than opioids we’ve seen a rise in fatal overdoses as people who don’t normally use opioids are suddenly confronted with overdoses. The Safe WeHo Community Coalition wants to make the skills and tools to reverse an overdose readily available; no one should have to die of an overdose.”

The West Hollywood Project, an initiative funded by the L.A. County Department of Public Health to reduce drug and alcohol problems in West Hollywood, surveyed hundreds of people over the last several years at their large-scale, alcohol- and drug- free community events #BOOM! and #SIZZLE! to gauge opinions about substance abuse in the City.

The results show more than 67% of people surveyed at #SIZZLE! (part of the LA Pride Festival) and more than 50% of people who attended #BOOM! (a New Years Eve gala) between 2014 and 2019 believe meth misuse is prevalent in West Hollywood. A majority of #BOOM! attendees believed open meth use in bars, clubs and community events is the substance abuse harming West Hollywood the most.