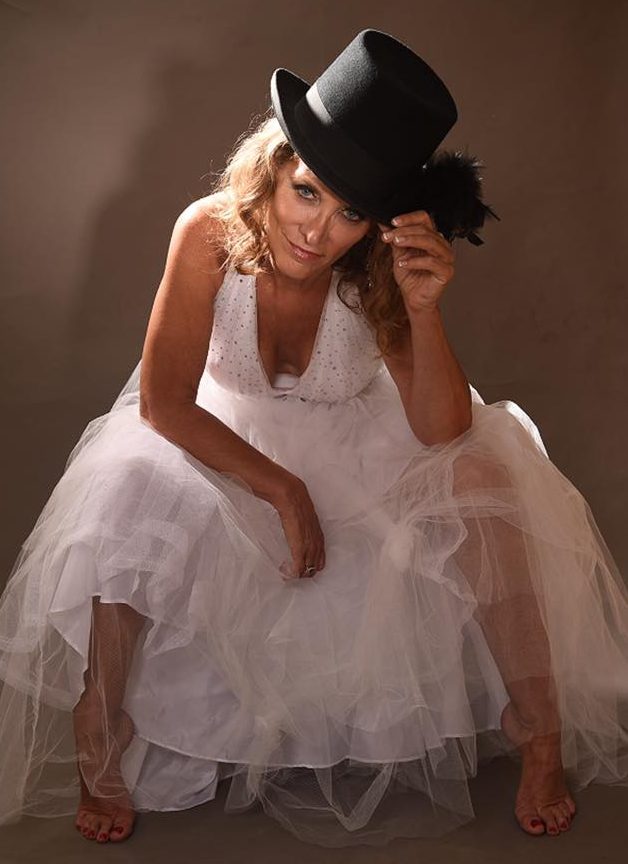 On the surface, each of them seems to be mutually exclusive but upon closer examination, they form a sort of cohesive design like an array of stars constituting a pattern within a cosmically constructed constellation.  All of these facets are aspects of Zoe Robinette that have worked together to create the original Mock Star®.

So who is Zoe Robinette and just what is a Mock Star?

A shifting amalgamation of the identities mentioned above, the Michigan native has allowed her careers, interests, and passions to shape and define her Mock Star character.  Robinette is Mock Star—a role she takes both seriously and with a wink and a nod. Though strands of its DNA are linked to her childhood and her work as a scientist—especially in health and fitness, perhaps Mock Star’s true birth was inspired by her love of music.

A regular concert-goer, she found that she could experience music on a deeper level the first time she attended a show sober.  This was an eye-opening moment for her and she soon realized that social sobriety has many advantages. It meant that she could avoid hangovers and headaches while refraining from making a fool of herself in public.

She also realized that one of the best advantages of social sobriety meant keeping a clear head to stay on top of her game at business events.  It’s difficult to be taken seriously when you’re slurring your words. This is when she began “mocking”.

In true Mock Star fashion, Robinette continued to party but was now attending all musical and social events with a “mocktail” in hand.  At bars and clubs, she would choose a bartender and pre-arrange her drink orders in advance, never letting on to others that she was drinking anything but alcohol.

Drinks such as the My-Tye, a combination of orange juice, lime, almond syrup, and grenadine filled the appropriate glassware with garnish in place, suggestive of the real thing.  She could mock mimosas all through brunch with friends and rocked her mock by bringing her own alcohol-free concoctions to rock’n’roll concerts.  When a friend called her a “ real mock star”, Robinette said, “I totally am!” and soon Mock Star® was born—registered trademark and all.

Robinette is the mocktail ambassador at clubs in West Hollywood, bringing musicians, artists, celebrities and the business community together at her glitzy parties.  She has hosted a Mocktail Party® at Bar 20 at the Grafton, the Riot House Bar at the Andaz on the Sunset Strip and has more events on the horizon.

Business Improvement District Manager of the Sunset Strip, Ben Reiss, commented that he thinks “non-alcoholic craft drinks would be an excellent addition to all venues on the Strip, and Zoe is certainly a pioneer in her presentation.”  Robinette says she’s putting Weho on the mocktail map, one Mocktail Party at a time.

Robinette is passionate about reaching female drinkers and released her first book, Party Like A Mock Star!, as a way to have a positive influence on the way women think about drinking and socializing. She says that we live in a society where drinking is an expectation.  Alcohol advertisers make it look like everyone is beautiful when they drink, and that drinking can make you glamorous and sexy while boosting your self-confidence.  She says that children in Westchester County in New York are growing up with mothers who carry a flask of vodka with them to school functions, while groups on Facebook that endorse drinking such as Mommy Needs Wine, have thousands of followers.  This can have a detrimental influence on children, and as Robinette says, young girls often don’t know their limits and no one gets sexier or smarter because of alcohol.

She wants all women of all ages to know that they can still have fun and party without losing control or surrendering to societal pressures.

But let’s face it.  Mocktails are for anyone who wants to have fun without boozing it up and waking up with the blues– new moms, middle-aged socialites, teenagers, business consultants, designated drivers– anyone!

Don’t miss the next Mock Star Mocktail Party at Pono Kitchen & Bar in West Hollywood on August 30th, from 6-8 pm, and be sure to try their fabulous Mockarita, a blend of pomegranate juice, and lime, black salted rim, and Pono’s own ghost syrup!