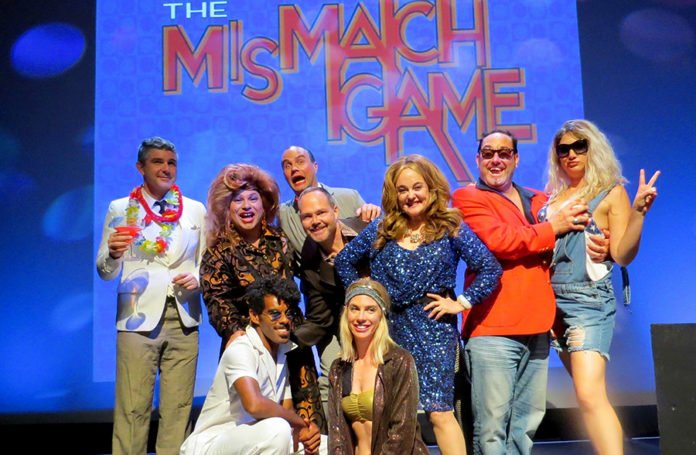 Match the stars at The Mismatch Game when it returns to the Los Angeles LGBT Center’s Renberg Theatre for two nights on Friday, February 2nd, and Saturday, February 3rd. Both shows start at 8pm.

Dennis Hensley & Company return for another installment of the unstoppable hit comedy show brought to you by the The Lily Tomlin/Jane Wagner Cultural Arts Center. The show features audience contestants and a panel of demented celebrity impersonations by some of L.A.’s sharpest comic improvisers. Hensley’s love of The Match Game show from the 70s inspired him to start his version of the show. He asked his friends to impersonate celebrities and make up silly questions in for his birthday in 2000, and The Mismatch Game was born. That same year, the show found a home at Oil Can Harry’s. Then it found its permanent residence at the L.A. LGBT Center’s Renberg Theater in 2004, waaayyyy before the birth of The Snatch Game on RuPaul’s Drag Race.

The line up for this weekend is as follows:

The Renberg Theater is located at 1125 N. McCadden Place in Hollywood.