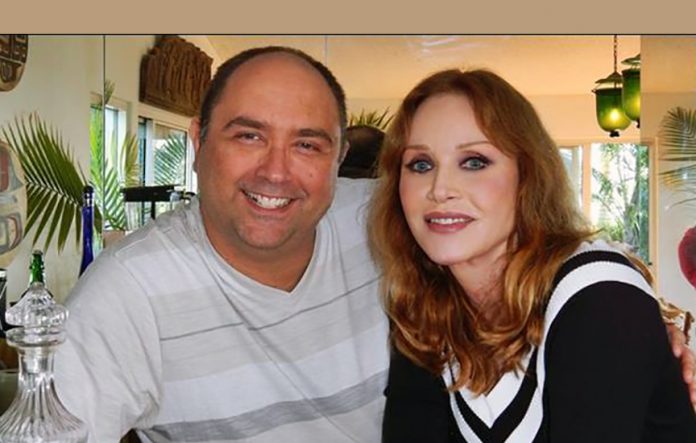 A press release states that her domestic partner of 18 years, Lance O’Brien, received the call from Cedars-Sinai Medical Center confirming her passing. Roberts collapsed on Dec. 24 after walking her dogs near her Hollywood Hills home and was put on a ventilator. O’Brien collected Roberts’ personal possessions from Cedars-Sinai Medical Center on the day following her death.

Tanya Roberts found fame in the 1980s as a detective on “Charlie’s Angels” and as a brave earth scientist in the James Bond film “A View to a Kill”. She had starring roles in cult films like “The Beastmaster” and “Sheena: Queen of the Jungle.” She also appeared in several well-known TV shows like “Fantasy Island,” “The Love Boat,” and “That 70s Show” to name a few. 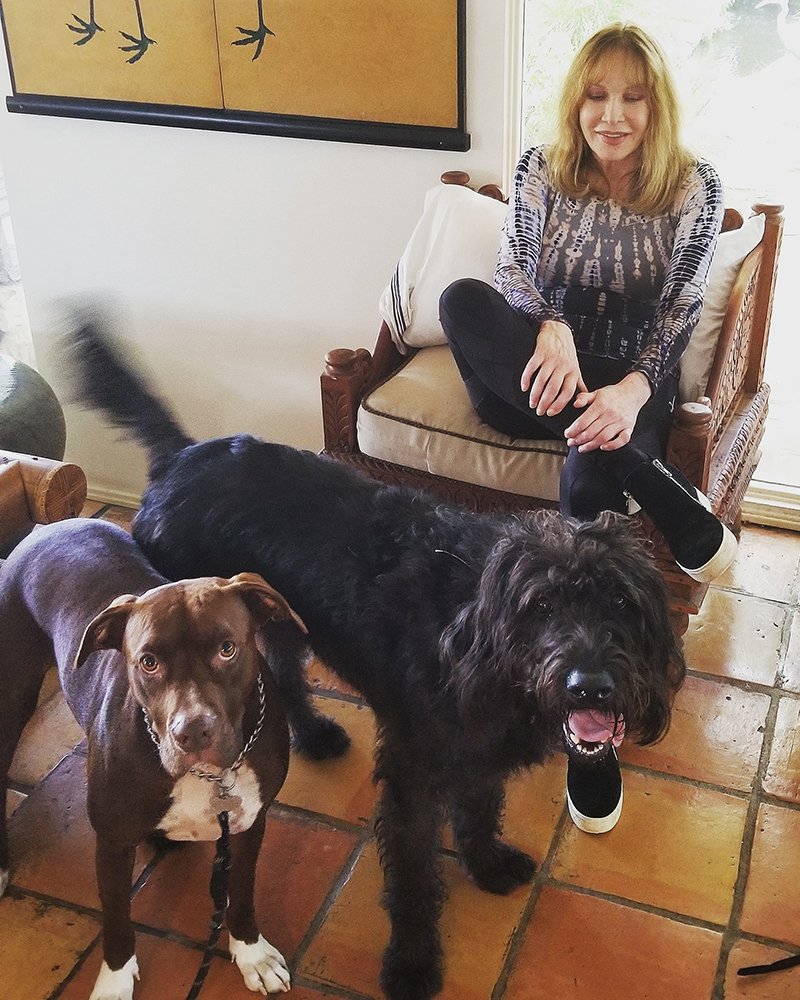 According to the statement, the cause of her demise was from a urinary tract infection which spread to her kidney, gallbladder, liver and then blood stream. She was 65.

Pingel has been in the center of media firestorm after he prematurely reported Roberts’ death this past Sunday evening. A distraught O’Brien mistakenly told him she had passed away and Pingle relayed that information to the press. However, a call to O’Brien from the hospital the following day revealed that Roberts was still alive, placing a glaring spotlight on Pingle.

Life has been hectic for the Charlie’s Angel fan to say the least. He’s had the arduous task of backtracking the original report of her death, only to re-confirming her death a day later, a personal and professional loss he’s had to experience twice. 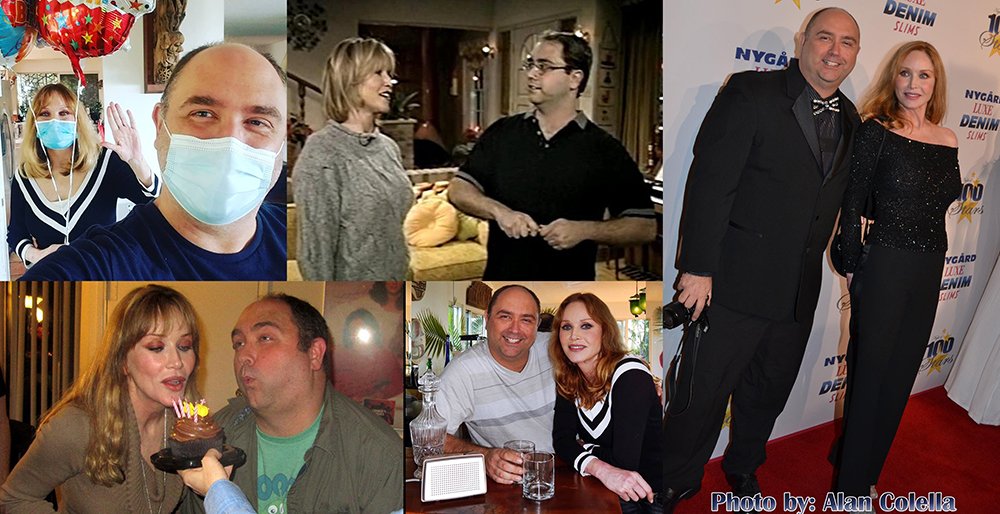 In an interview with WEHO TIMES, Mike Pingel speaks about the premature death diagnosis. He shares about his history with a woman who he refers to as one of his angels, and talks about some of his most precious moments with a person who was more than a client, but someone who he considered a true friend.

Do you care to say anything about the premature diagnosis of Tanya’s death?

Regardless of what happened with the misinformation I was given, I have to say that the amount of beautiful coverage in the media, the outpouring love from her fans, and the overall remembrance of Tanya has been amazing. It’s been a beautiful remembrance of an amazing woman who had an amazing career and amazing heart. She loved her animal babies. She loved Lance and she loved life. Regardless of what happened, the way she is being remembered is what’s important in the end.

How would you describe your relationship?

My friendship to Tanya started literally as an interview via my Charlie’s Angels newsletter called Angelic Heaven. It was back when she was on That 70s Show. I ran into her literally the next day at a yogurt shop in West Hollywood by mere coincidence. She was ordering her yogurt. I was with my friend Jules. I had just done our interview, so I had to talk to her. That was also the first and only time I met her husband Barry before he passed. I went up and introduced myself. I turned around and Jules was gone. She was afraid to meet Tanya Roberts. Our relationship started from there. 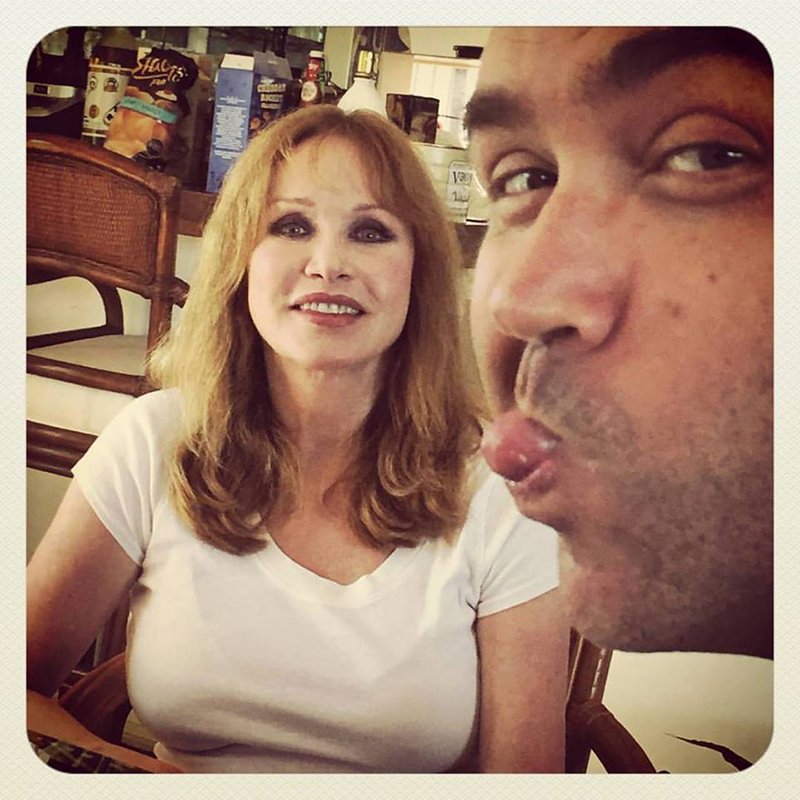 When was the last time you saw her?

In person? Lance, Tanya and I were supposed to have Christmas Eve dinner together. Then she was rushed to the hospital. That would’ve been the last day I would have seen her.  The last time I saw her in person was on December 16, 2020 for an autograph signing for the website store. The final time I saw her beautiful face was during the last Live Chat of the Tanya Roberts Show. We did it live on Facebook on December 19th. She was so happy and full of life chatting with her fans that day.

Are there certain memories you care to share with our readers?

One of my favorite memories is when we were in my car going someplace and the Duran Duran song “A View to Kill” came on the radio, the title song to her movie. We were both in the car singing. I mean, who has the opportunity to do that? It’s Tanya Roberts, slash Stacey Sutton, and we’re singing a View to a Kill in my car. It was amazing. 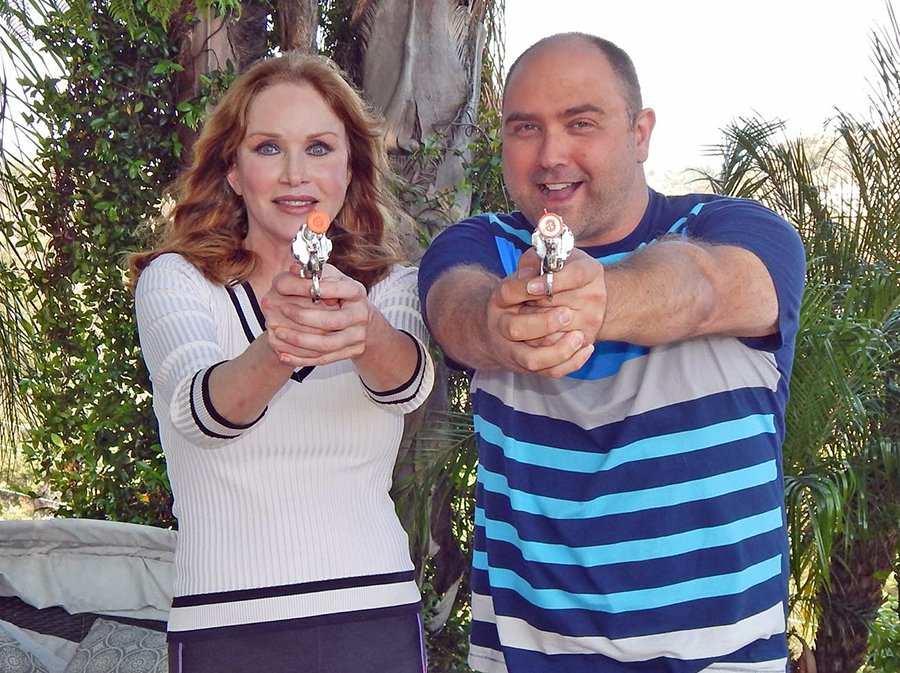 I also remember when we went to the mall shopping one year for Christmas. I was like, ‘Tanya, let’s go take a picture with Santa!’ You know me, child at heart, and she was a good sport. We went up to see Santa and we took a picture. We both hated the picture, but it was a fun moment for both of us. 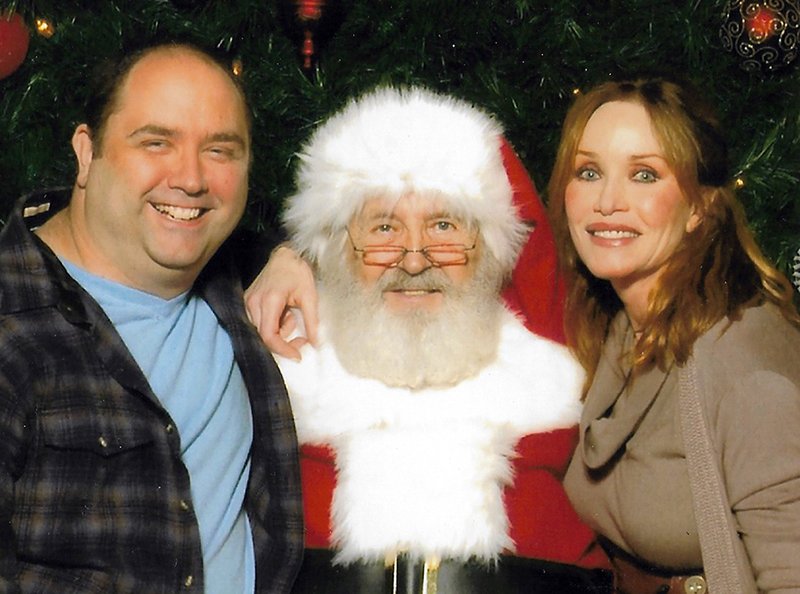 Another memory I have is we always had a really great time going to see fans at the signings. I was with her many, many times. She adored her fans. She loved when they came up and shared stories. It was always so sweet how much she loved her fans. 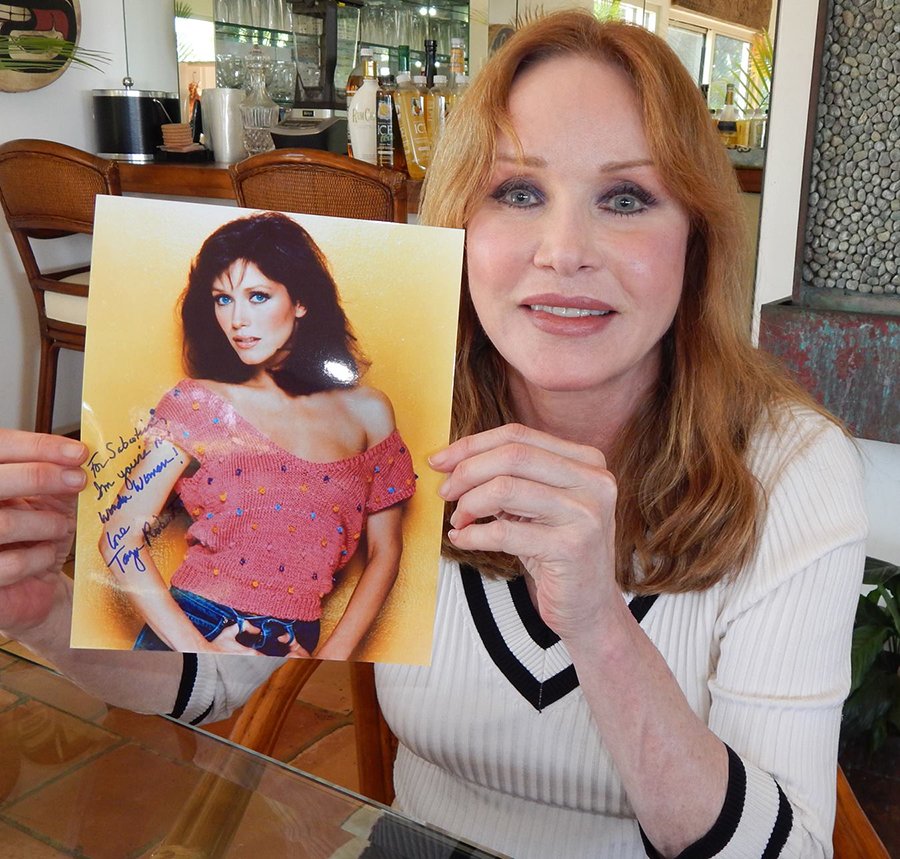 You had a similarly close relationship, both professional and personal, with another angel, Farrah Fawcett. Does losing Tanya bring back the loss of Farrah?

Oh yeah. Now I have two good friends that have passed away and it’s hard to imagine. I still can’t believe Farrah is gone and it’s been ten years. With Tanya passing, I don’t know how to process it. I don’t even know what to say. It’s going to be something that’s going to be hard. Tanya and I did so many fun things and we were such good friends.  We ate lots of sushi together, and actually she got me hooked on Sushi. We even worked on writing a book together and we have a lot of history. I will miss her a lot. 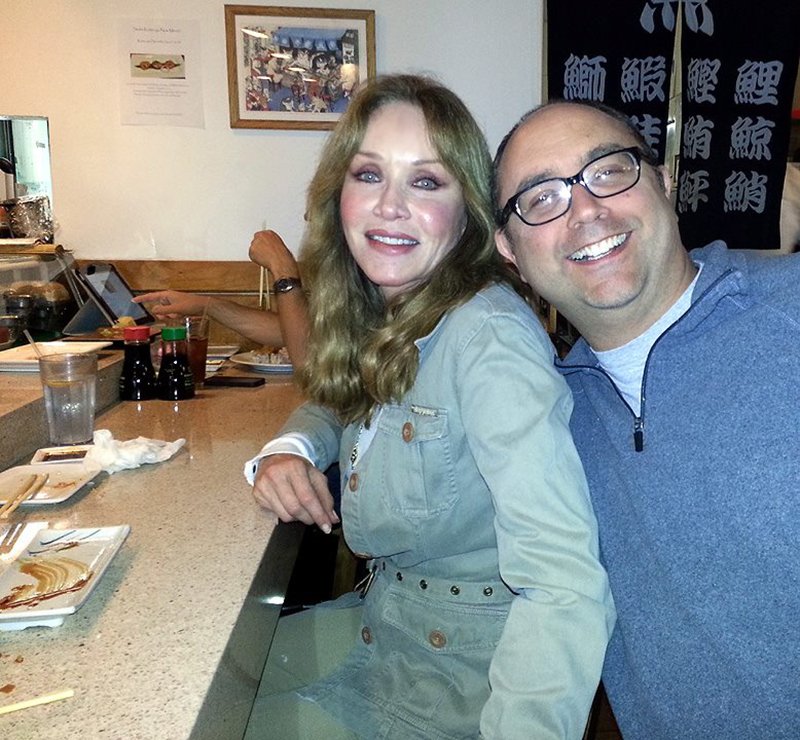 When you learned that she was in the hospital did you think she would pass?

So what happens now that she has passed and the information is out?

Her passing was so sudden and unexpected. What happens now is I try to get through the day. Now, I can grieve personally. I will help Lance with the memorial that’s coming up.  Now that Tanya is at rest, her loving fans can remember and celebrate their Angel.

Roberts was an animal rights activist. In lieu of flowers, the family is asking for donations to be given in Roberts’ name to the ASPCA at https://secure.aspca.org.

An online memorial service for Tanya Roberts is currently pending.

The family asks for privacy as they mourn her death. 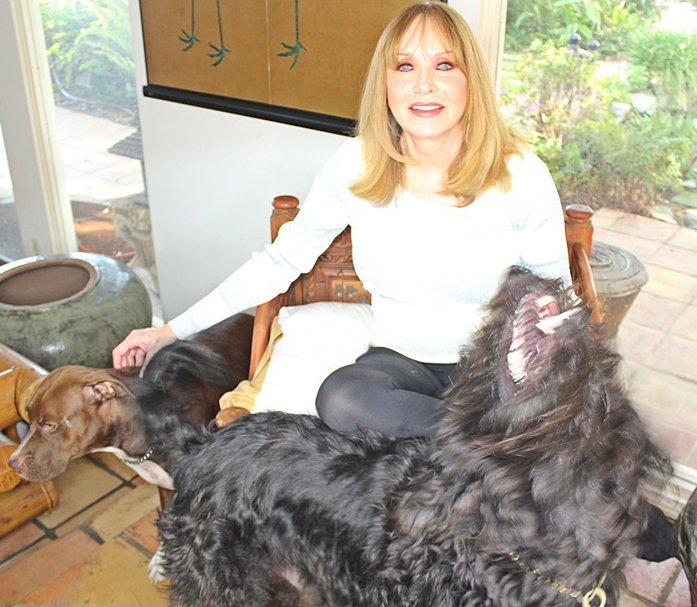 Her fans thank you Mike for helping us connect with her over the years, especially through the past year’s video chats. She was an absolute light and will be dearly missed. Sending love and support your way!