Out & About with Mike Pingel: Musical Mondays at RAGE 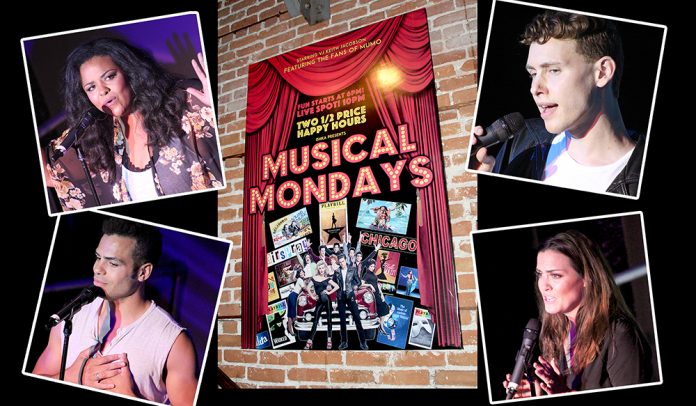 If you are into musicals of any type–whether it’s Broadway, TV or film, Musical Mondays at RAGE Nightclub is your type of night.

Rage has been home to Musical Mondays for over 4 years, after Eleven Nightclub closed their doors. The main cornerstone of Musical Mondays are the hysterical performances by The Fans of MuMo (MuMo stands for Musical Monday bytheway). Their show is not to be missed. This talented group of actors play out musical videos in hilarious costumes and outrageous choreography. 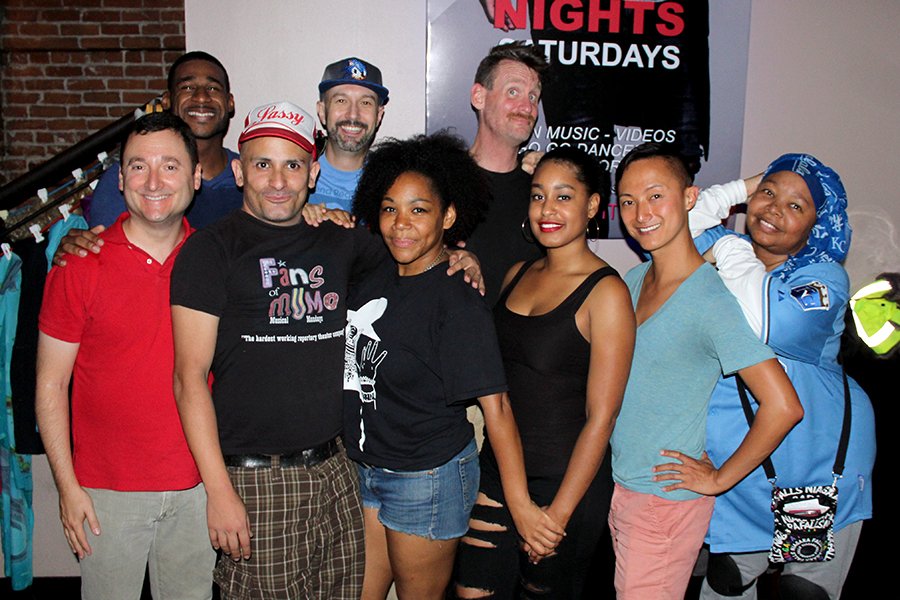 Members from the audience are allowed to join the fun and be part of the Fans of MuMo experience. The cast select a few lucky attendees who are handed an assortment of items for specific musical numbers.

For example, during Liza Minnelli’s “Ring Those Bells” audience members ring some bells throughout the song. And during Madonna’s “Don’t Cry for me Argentina” from the musical Evita, audience members wave flags at the actors for a campy effect. Think “The Rocky Horror Picture Show” screenings. 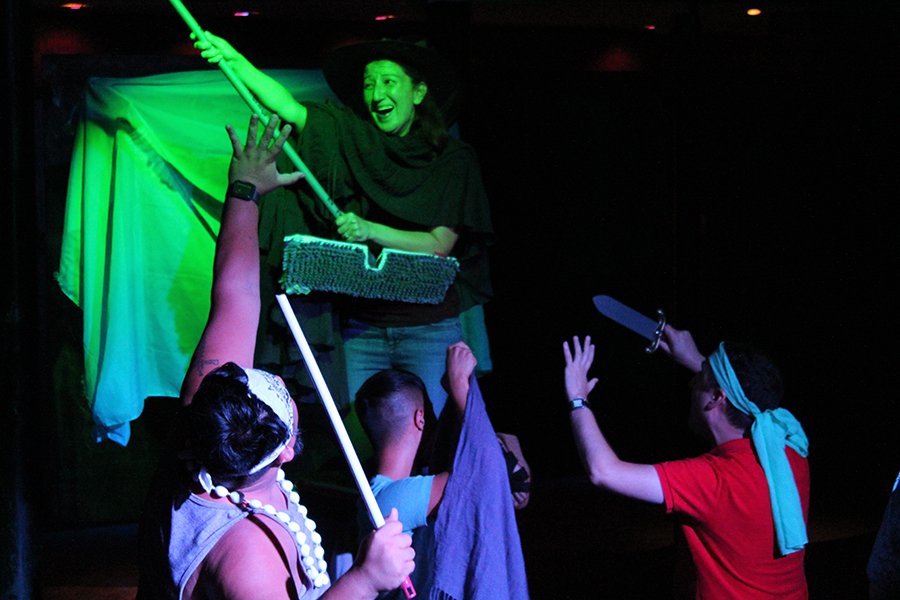 The troupe is also known to drag a person on stage to perform a song. You’ll witness someone from the crowd go up and be forced to play the part of Elphaba from Wicked and perform “Defying Gravity.” It can lead to loads of laughs–especially if the chosen person is not familiar with the song.

Fans of MuMo first performed one night in April 2009. “That was the same night that Bobby (Beus) and I first met as audience member,” said MuMo member Andrew Blau. “We met over a bar fight and became friends. We started coming for Musical Mondays after that. It was Bobby who decided to add a performance element that would be fun, it was really just for his friends.”

According to Blau, Beus, would get up from the table and do a little act that would get everyone laughing. “Then it began to catch,” He said. “More people wanted to get involved and the rest of the bar became interested in watching. So very slowly with a gorilla theater style, we developed these numbers and The Fans of MoMu was born.” 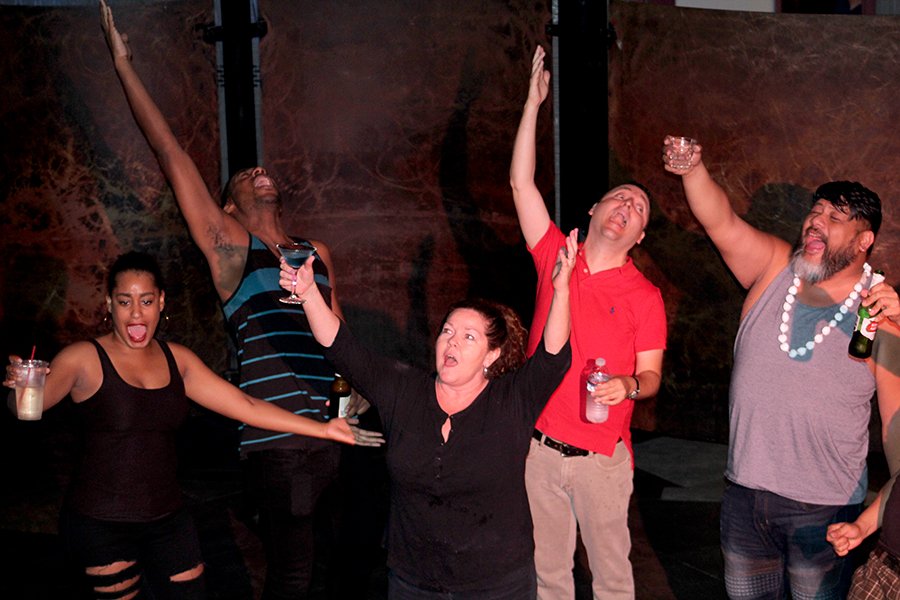 Like the circus, people can sort of run away and join The Fans of MuMo. “It’s easy,” says Blau. “Basically to become one of us, just keep coming and coming to the show and try to fit yourself into the numbers and try to develop other potential numbers.”

I’m left to wonder if anyone has claimed, Michelle Pfeiffer’s GREASE 2 number “Cool Rider?” If not, it’s mine!

One part of the excitement of the evening is not knowing what musical numbers will be played next (but you are able to make requests at the VJ booth). This also seems to keep the MuMo cast on their dancing toes.

Blau gave me some insight on how all the magic happens. “It’s all Russian Roulette,” he said. “We don’t know when the songs will play. We give Keith, the VJ a list of requests each week. We have a repertoire of about 100-150 numbers. We give him a list about 30 and we never know what or when he is going to play anything, which is most of the fun. It makes it very exciting, I have to wait and if it’s a number that I’m required to be in, I just have to run and go do it.” 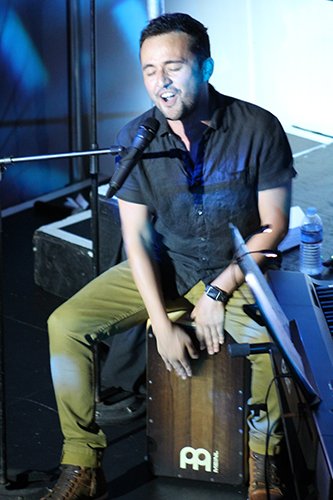 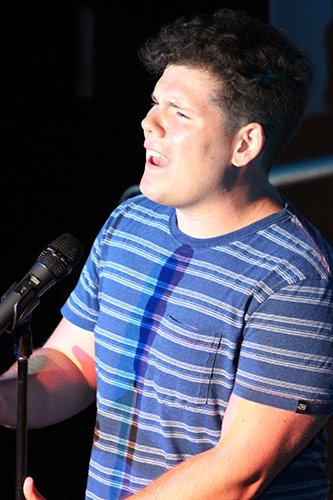 As the evening continues, the time comes for the big live performances. The cast of the musical, FROZEN LIVE! takes the stage around 10:15 p.m. with hosts, Justin Jones & Bruce Merkle. The FROZEN LIVE! singers include Chris Meisnner, Michelle London-Hanna & Amber Liekhus. Each amazing artist sings a song of their choosing.

After the live performances are over, the TV screens light up once again with the best musical theater videos in West Hollywood. The MuMo troupe do not miss a beat and jump into the first song being played.

Then the theater curtain drops signaling, the end of the night and you can’t wait to relive it all again the following Monday. 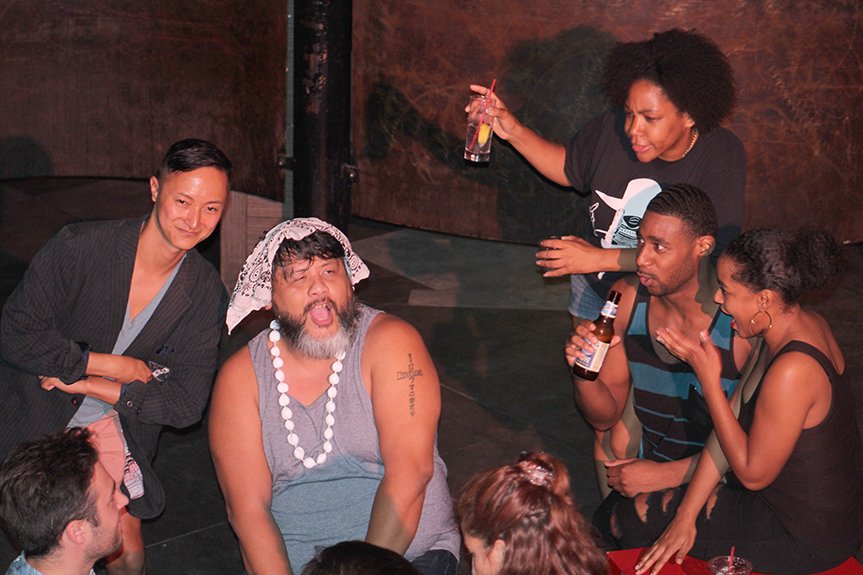 There is no cover for Musical Mondays. The performers do it all for the love of musical theater. There are rotating drink specials throughout the night and the RAGE kitchen serves food from 6pm-11pm.

OK, so to recap the evening: The Musical Mondays fun starts around 8p.m. with musicals, videos, and the MoMu live entertainment. At 10 p.m., the live performances begin and will run for about an hour. Then it back to the music videos and a few more performances by MuMo!

Monday, August 14th
“A Night with Matthew Darren” from the 10 season of American Idol.

More on The Fans of MuMo visit:
https://www.facebook.com/FansofMuMo/