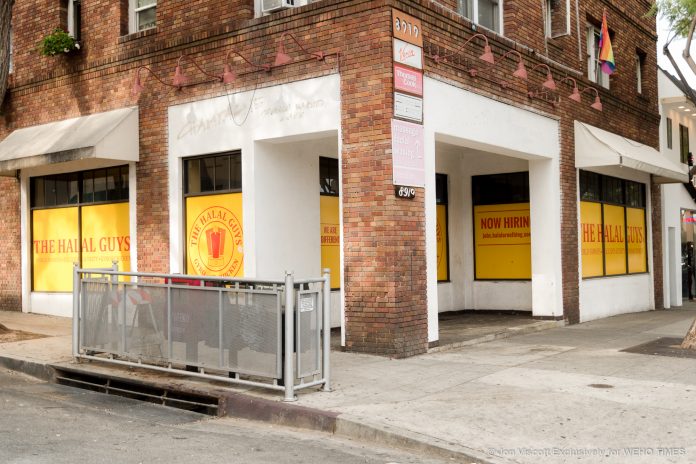 Considering its reputation as a haven for hard-bodied he-men, West Hollywood’s Boystown isn’t exactly what comes to mind when one imagines a fast-food mecca. And yet, that’s exactly what it is. From Hamburger Haven to Guisados to Pizza Rustica, Santa Monica Boulevard has more options for quick and easy eats than it has gay bars. And it’s about to get another.

The Halal Guys are opening their much-anticipated sixth Southern California location right in the heart of Boystown. They’ll occupy the space that once housed the now-shuttered Champagne French Bakery Cafe at the corner of Santa Monica and Hilldale. Though it’s slated to open in Spring 2017, a representative of the company was unable to provide an exact date for the Grand Opening. And while many are wondering whether they’ll stay open late to cater to revelers leaving the local clubs after closing, the same representative noted that the hours of operation are yet to be finalized. (The Korea Town location at 3432 is open 10 a.m. to 4 a.m. Monday-Saturday and 10 a.m. -2 a.m. on Sundays.)

The company, which was founded in 1990, began as just another little New York City food cart serving classic Middle Eastern and Mediterranean street fare. It quickly amassed a devoted following, which led to expansion throughout the greater NYC area. New York’s eaters on the go just couldn’t get enough of their chicken, gyros, rice, and their now legendary white sauce. According to FourSquare, The Halal Guys were the most popular food truck of 2013, based on a combination of overall rating and the total number of check-ins. And in 2014, the year they began franchising, The Halal Guys were the third most Yelped about the restaurant in the country.

The Halal Guys opened their first West Coast franchise in Costa Mesa back in 2015. This was quickly followed by locations in Long Beach, Koreatown, Cerritos, and Glendale. Led by CEO Thomas Pham, the five-man group that owns the franchise rights to The Halal Guys in Southern California envisions a future with 50 locations spanning Santa Barbara to San Diego. 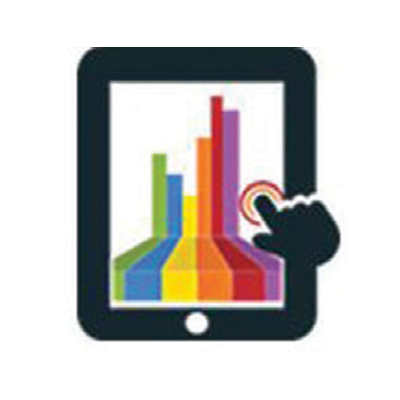 Jason Alvarez
Jason Alvarez is Los Angeles-based writer and editor who covers the arts, culture, gastronomy, and the LGBT community. His writing has been featured by America’s Test Kitchen, DTLA Weekly, and Los Angeles Journal, among others.
RELATED ARTICLES
News