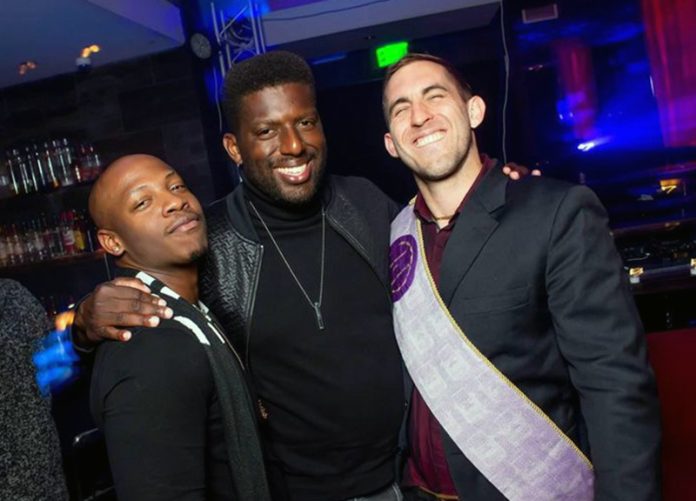 Last Wednesday, Micky’s WeHo, one of the largest nightclubs in West Hollywood’s Boystown/LGBT Rainbow District, launched something a little different from its usual drag and DJ nights: a new weekly open mic series called The Mic @ Micky’s. It returns this Wednesday (and every week hereafter), with doors and sign-ups starting at 7 p.m., and the show starting at 8 p.m.. Anyone can sign up for a 5-minute spot on the mic to share original poetry, stories, or music.

West Hollywood bills itself as “The Creative City,” and the goal of The Mic is to create a space where local creatives, from poets, to musicians, to live painters, can express themselves and work on their craft in community. “Micky’s has a rich history of producing live events and performances from the very beginning, in 1989,” said Manager Tony Velovski, “it’s part of what makes Micky’s, Micky’s.” 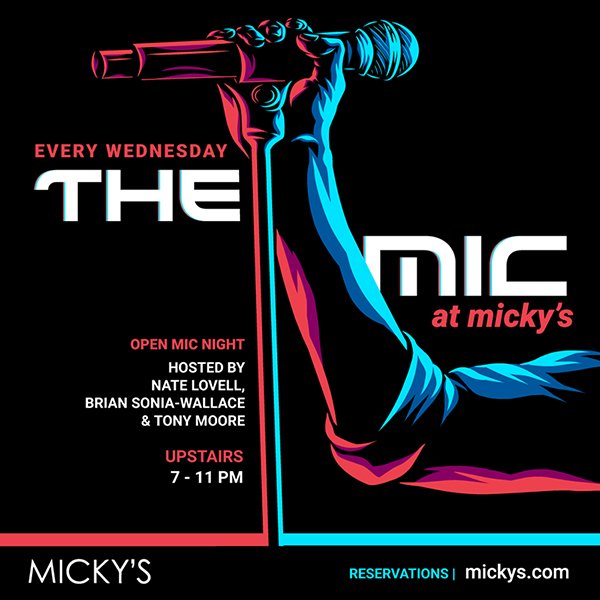 “Gay people are creative people. We’re all artists,” added co-organizer, and Micky’s employee, Nate Lovell, himself a poet, who became privy to the artistic tendencies of his co-workers and clientele and saw the potential for Micky’s to step in and meet a need.

The opening night on February 23, saw a range of talents on display. Lovell shared work on romance, writing, and his experience growing up gay in a black, religious community. Other poets performed their written works about everything from sexuality, to coming-of-age, to meditations on sobriety. This is the magic of a mic — people come to share vulnerable experiences, knowing the crowd is there to hold space for them.

But it wasn’t just poets. The wordplay was intermingled with music, from soft acoustic guitar, to self-mixed electronic tracks with original punk and club vocals.

Lovell asked me to feature for the opening night in my capacity as West Hollywood City Poet Laureate, and after a long pandemic there was nothing like taking the stage and talking through my pain and joy with a room that snapped and hollered in response.

To cap it all off, local painter Dom joined for the second half to create an original painting live onstage with the performers.

I was impressed to see performers came together to share their voices across boundaries of sexuality, race, and gender. There is always an unspoken question about who and what West Hollywood’s nightlife scene can be for, and I am excited for the prospect of a place where everyone can sign up, and no one has to shout over the music to be heard.

“All of the hard work leading up to last week and all of the continuing hard work is 100% worth it when I see everyone come into their own on that stage in front of that eager and welcoming, supportive Weho audience,” says Velovski. “From the moment Micky’s took over from the Four Star 33 years ago, we’ve produced live events, from cabaret shows starring legends like The Lovely Carol, to full-on concerts by LGBTQ community groups like the 21-piece Big Gay Swing Band, who, trombones and all, used to blow the lid off this place one Sunday per month for decades. We’re the proud home of the fabulous Showgirls with Morgan McMichaels, a WeHo staple on Monday nights, as well as host Cake Moss’ wildly popular Bring It To Brunch! Dragstravaganza on Saturdays, at 1pm — And we are always excited when at the prospect of working with talented community members who share the passion for live performance.”

Velovski says that when organizer Lovell approached him about an open mic space at Micky’s, it was an easy decision. For his part, Lovell has been working to bring a mic space to West Hollywood since 2020, when the pandemic scuttled all plans for two years. The need has only grown, as the pandemic forced the closure of long-running queer mic spaces like HomoCentric at Stories and Queer Slam at Akbar (which continues online and as a podcast). Da Poetry Lounge, LA’s largest and longest-running open mic space, which operated for decades out of Greenway Court Theatre on Fairfax, also went online and looks like it will return in person to a new venue, leaving West Hollywood without a place close to its city boundary for local artists to nurture their talents — until now.

The Mic has big plans to feature performers, poetry slams, and more, but for now the evening is an open playground, a space for the community to come out and speak their piece — a place where everyone can be heard. 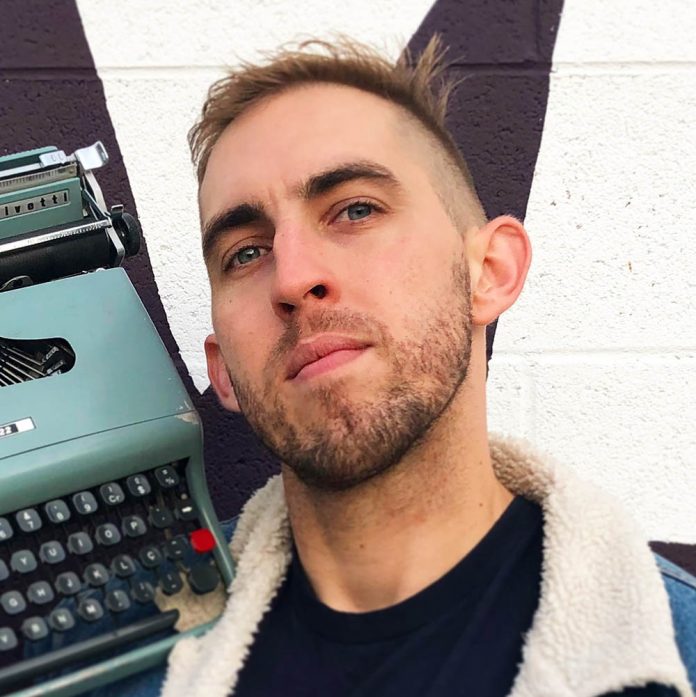 Brian Sonia-Wallace
Brian Sonia-Wallace is the 4th Poet Laureate of the City of West Hollywood, the author of The Poetry of Strangers (Harper Collins 2020), and has spent the last decade writing poems for thousands of strangers at Pride festivals, in the Mall of America, aboard Amtrak trains, tailgating Banksy, and at the Wailing Wall. He is a 2021 Laureate Fellow for the Academy of American Poets for his LGBTQ+ organizing, and his work has been published in Rolling Stone, The Guardian, Poets.org, and more. Briansoniawallace.com / @rentpoet.
RELATED ARTICLES
News