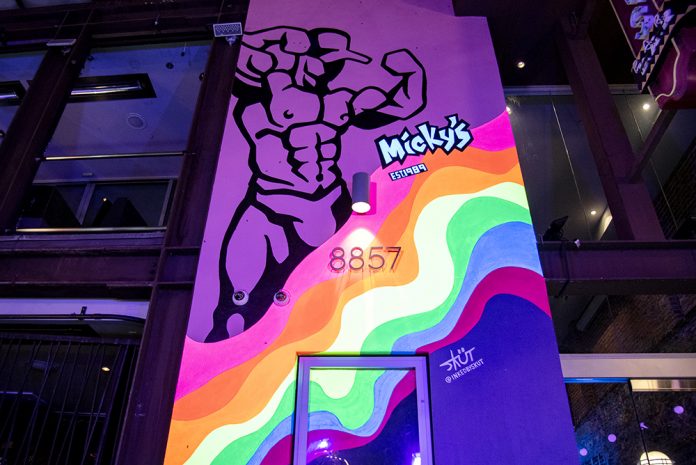 After a over a year of receiving numerous messages from our readers inquiring about the future of Micky’s WeHo, and speculations about whether it was lost for good, the big question has been answered: Micky’s nightclub and bar is having their grand re-opening tomorrow, Thursday, July 1, 2021. 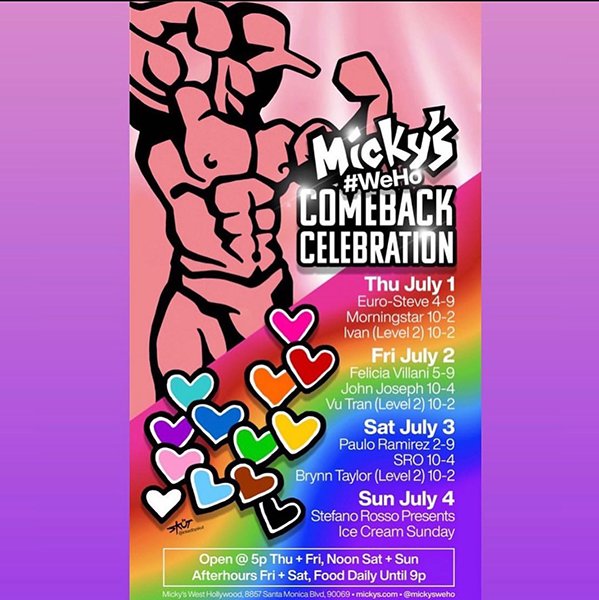 According to their website, the bar was known for being the only nightclub that was open afterhours in West Hollywood–however, the hours posted on their most recent flyer shows them closing at regular club hours, which is 2 a.m.

“THE GIRLS ARE BACK!!!”—The bar’s social media also announced that the popular drag show will debut on Monday, July 5, starting at 10pm. The show will be hosted by Morgan McMichaels. Reservations can be made at Mickys.com.

Micky’s nightclub announced earlier this month that they were hiring in preparation for its grand re-opening. The bar, dance club, and restaurant, located at 8857 Santa Monica Boulevard, posted a help wanted sign on the building, but up until yesterday, a re-opening date had not been set.

“Hey everyone,” reads a post on their official Facebook page. “So many of you have inquired through social media and texts and in person about our reopening plans. We are in the middle of a little ‘nip and tuck’ and are planning to be back early in July. Stay tuned for future announcements about a definite date and time…… and see you all soon!!!”

Mother lode and Fubar remain closed, despite the Los Angeles County Health Department’s updated Health Officer Order which allows bars and clubs to operate at 100% capacity. According to reports, Motherlode continues to be closed due to upgrades to their restrooms, but Fubar remains shut down without any signs of re-opening any time soon.

Micky’s nightclub first opening its doors in 1989. The gay bar has established itself as one of the longest running, gay-owned and operated nightclubs with The Rage and the Factory now gone.