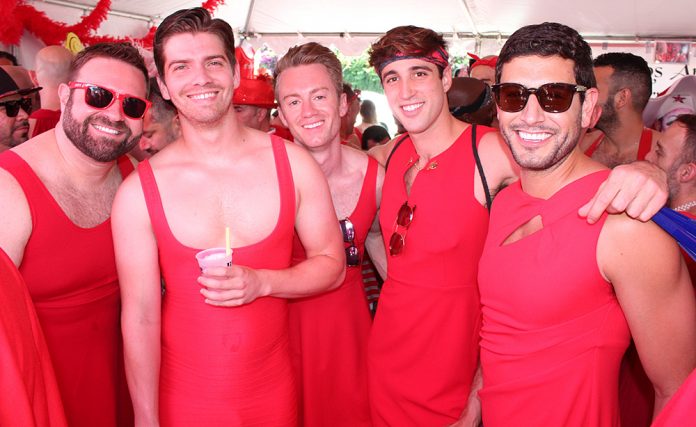 It was a perfectly sunny Sunday afternoon to put on a red dress and join a crowd of campy and rowdy men (and some female friends) for the 23rd Annual Red Dress Party 2019 at Gold Coast Bar in West Hollywood, on July 21st.

The tradition continues for the 23rd year with all forms of red dresses and some dressed-for-less, who walked from their parked cars to the bar in outfits that varied from simple spaghetti-strapped silhouettes, to over-the-top feathers, fringe, lace, boas, ratty wigs, tules, and other head-scratching creations. This year there was a horse-drawn carriage with Mary Poppins waving at those who happened to be passing by on Santa Monica Boulevard. 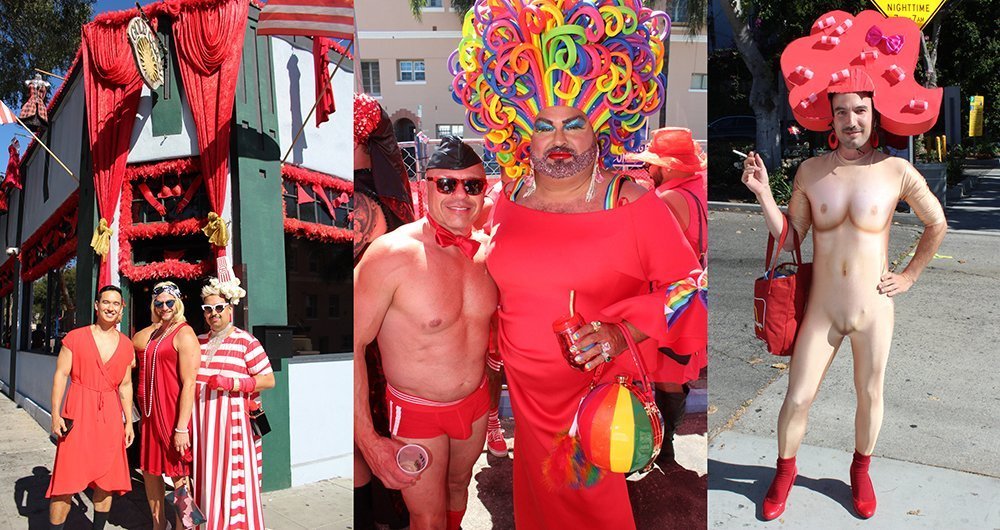 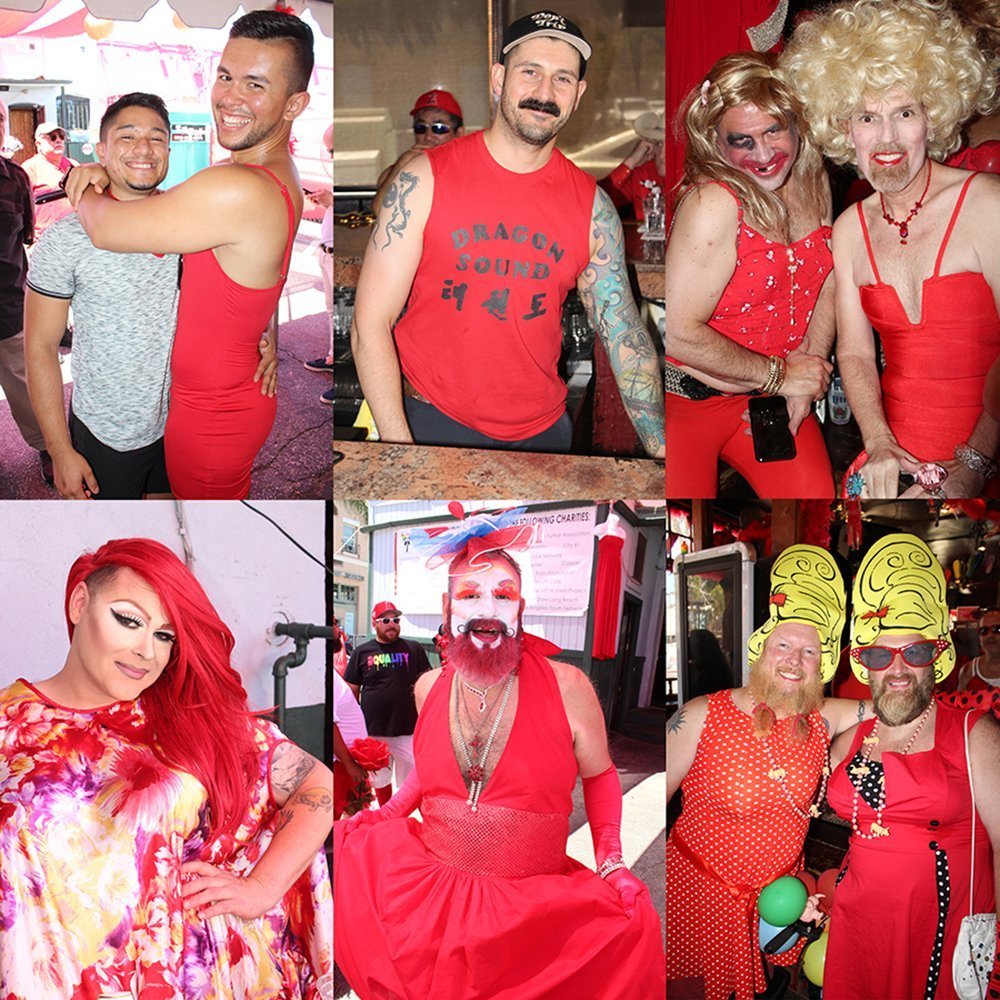 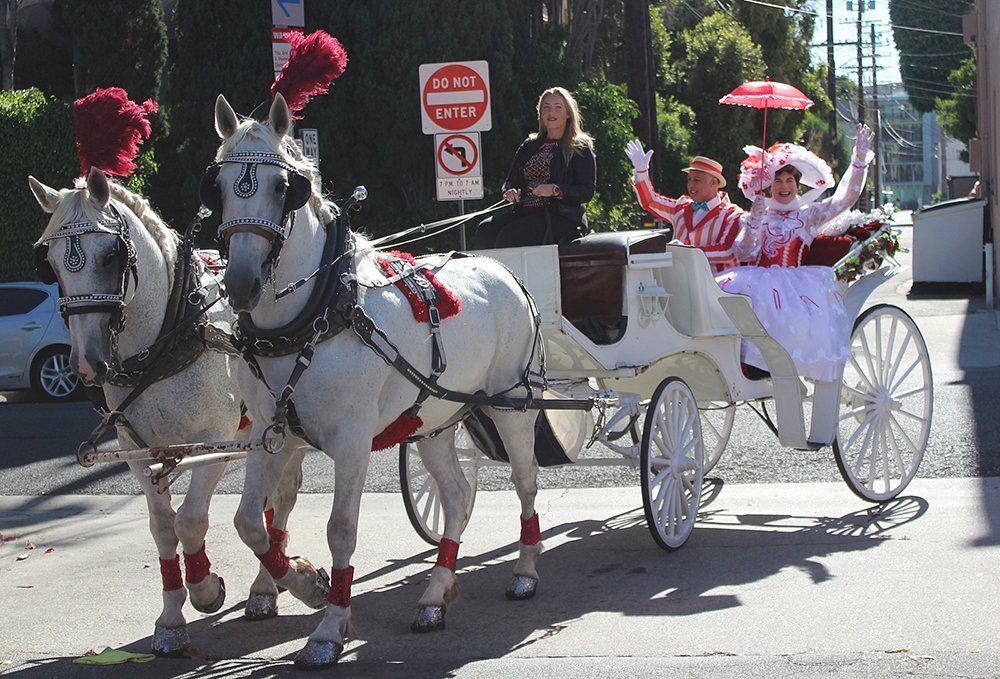 The Red Dress Party 2019 took place inside the bar and spilled onto the the parking lot in back. DJ Chubjim spun outside from 2pm-9pm. The DJs inside the bar included: DJ Jeff spun from 10am-3pm, DJ Hazmat from 3pm-8pm and DJ Draven from 8pm-Midnight.

The Life Group LA is a coalition of people dedicated to the education, empowerment and emotional support of persons both infected and affected by HIV/AIDS, so that they may make informed choices and decisions regarding their healthcare and personal well being. Founded in 2005, the organization provides free of charge, much needed information and emotional support through medical forums, emotional support groups and the POZ Life Weekend Seminar. All services are offered in a non-judgmental and safe environment with compassion and understanding. 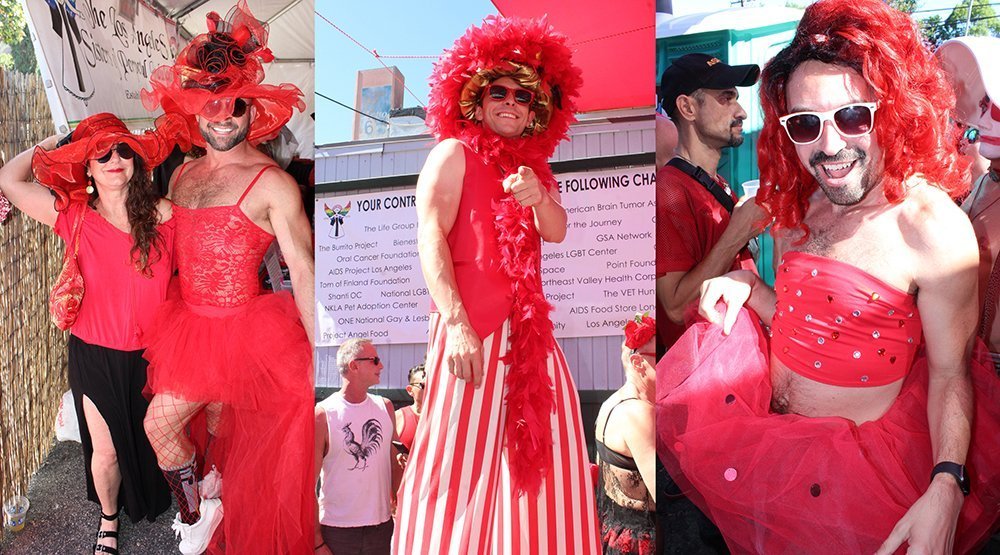 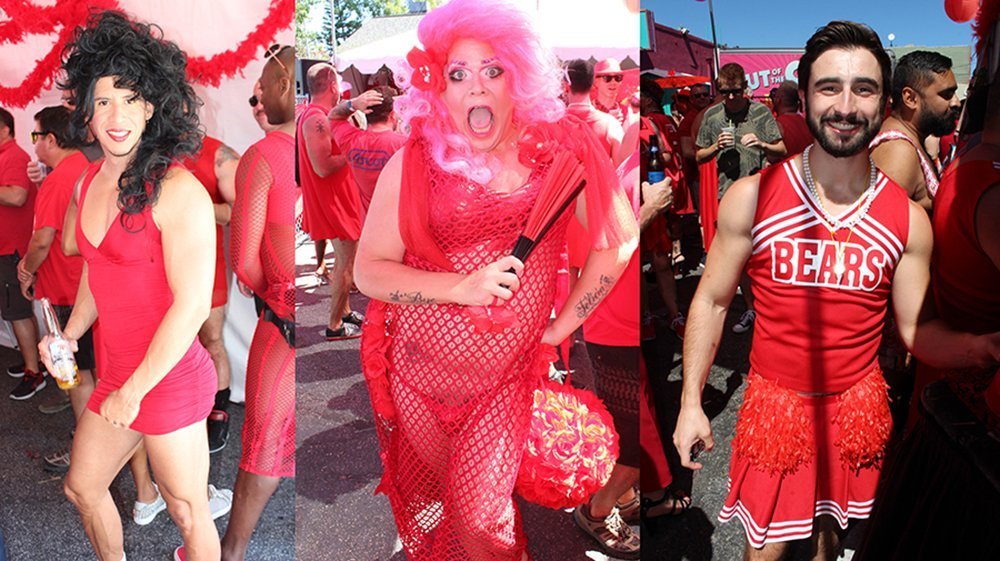 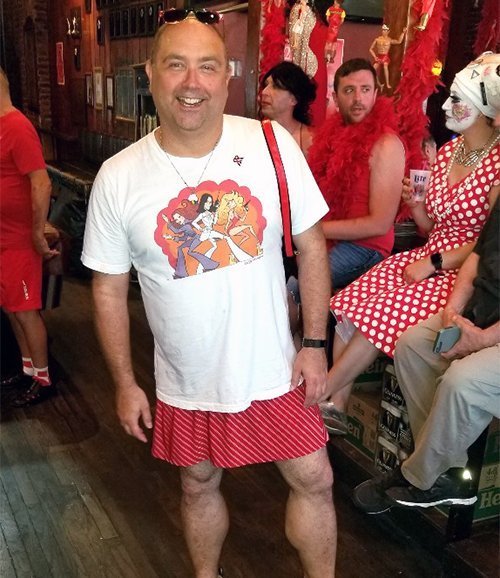