Duran had a 239 votes lead to Robert Oliver who had 2,087 during the first posted semi-final election update. Oliver now has 2,104, so the gap has tightened with 149 votes and could continue to do so as more ballots are counted.

Chelsea Byers also has closed the gap between her and Oliver. She currently has 2,053, placing 51 votes away from catching up to the number four spot.

The full list of the election update is below: 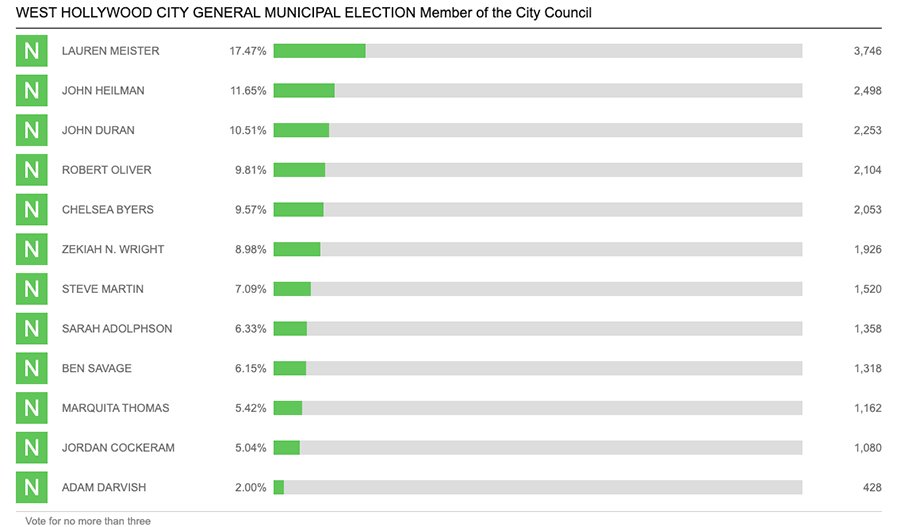 The City of West Hollywood’s General Municipal Election was held on Tuesday, November 8, 2022.