Mayor Lauren Meister on WeHo Elections Results – ‘We Won and We Won Big!’ 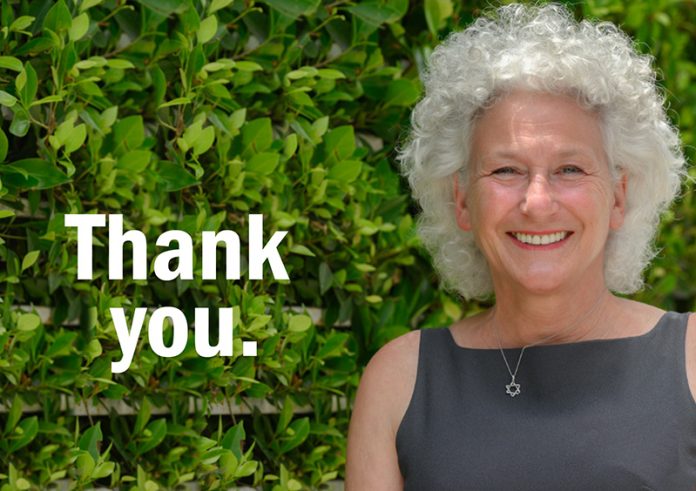 Los Angeles County Registrar-Recorder/County Clerk posted the latest West Hollywood General Municipal Election update on Saturday, November 12, 2022, 3:54:36 p.m. Numbers still show incumbent and West Hollywood Mayor basking in a solid 17.30% lead with a total of 4,156 votes, placing her at the very top, guaranteeing her a win for her seat in the West Hollywood council. Three opens seats in the General Municipal Elections on November 8, 2022.
Mayor Meister released a statement via her social media platforms and her Re-elect Meister for City Council campaign:

“Residents of West Hollywood sent a strong, simple message in our election: you want your City Council to serve you, not outside interest groups.

I am truly touched to get so many votes—over 4,000. I work hard for this City—I give it everything I have. Some days it’s great—some days it’s tough going. But receiving such a strong endorsement from you makes it all worth it. This feedback means the world to me, and adds spring to my step.

I’m excited to keep serving you. We’re going to do great things over the next four years.

This is truly a sad moment for our city where a leading and bonafide NIMBY was chosen to lead our city where under her watch there is rampant crime, little to no developments leading to high housing cost, a homeless community on the rise and all she’s managed to do is to blame other council members, deny developments of any project, especially affordable projects all the while pretending she’s for affordable housing. WeHo can’t take another 4 years with this person and her old, Grey and delusional base. We needed change and didn’t come through. Sad moment indeed

Well YOU may have won (and congrats to you), but “WE” the city certainly didn’t if it’s the Heilman and Duran horse and pony show again.