Man in Alleged Assault of Two Women Near and In WeHo, is Arrested 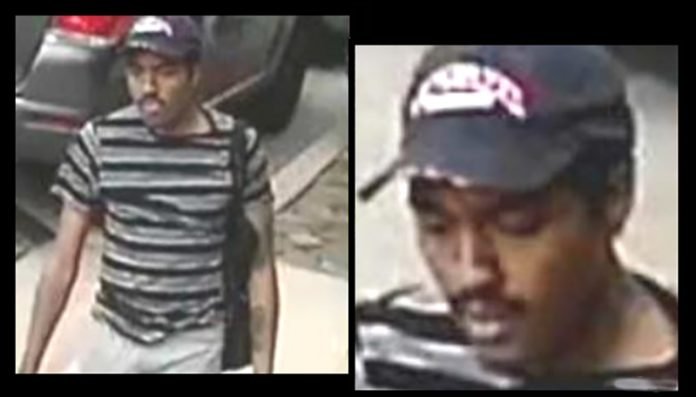 “Today, February 15, 2022, at approximately 1 pm, a female adult was walking in the 800 block of N. Vista Street in the City of Los Angeles. A male, black, transient, early 30’s, wearing dark clothing and carrying a bag, pushed the female into a garage,” reads a community safety alert by the Los Angeles Sheriff’s Department. “The female victim was able to quickly get away from the male suspect. Approximately 15-20 minutes later, in the 7600 block of Hampton Ave in the City of West Hollywood, a male, black, transient, early 30’s, with dark clothing carrying a bag, pushed a female adult into her apartment. The female victim screamed, and the male suspect ran out.”

The man accused of assaulting the two women, one near and the other in the city of West Hollywood, is now in custody. According to reports, he was arrested on Thursday in downtown Los Angeles.

Police released photos and surveillance video of the suspect. One video shows the victim and the man walking into the driveway of a home, then disappearing from the camera’s view.

Moments later, the woman is seen running away, back to the street. The suspect later appears in the frame.

About 15 to 20 minutes later, a similar incident involving the suspect happened in the 7600 block of Hampton Avenue in West Hollywood, according to the Los Angeles County Sheriff’s Department.

A woman was pushed into her apartment. In that case, the woman screamed and the man ran off, authorities said.

The incidents remain under investigation.

If you see something or someone suspicious, please contact West Hollywood Sheriff’s Station at (310) 855-8850 or 911 if it is emergent. If you have information for the incident in LAPDs area please contact the Los Angeles Police Department West Bureau Special Assaults at (213) 473-0447. LASD would like to remind community members to walk/run in pairs, have your head up, and be aware of your surroundings.”