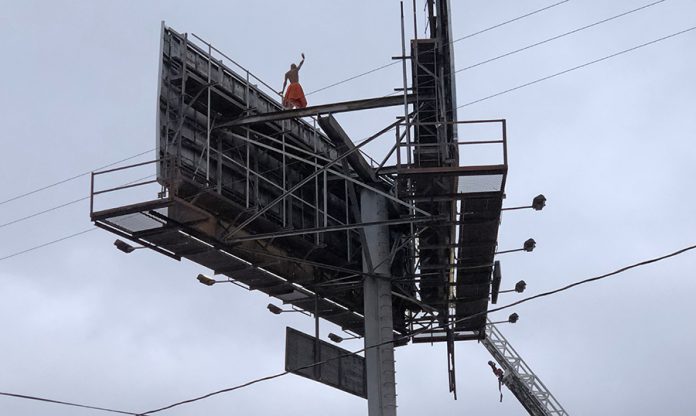 Sheriff Deputies and L.A. County firefighters were called to the scene after reports that a man had climbed the top of a billboard located on the corner of Santa Monica Boulevard and Palms Avenue at around 7:30pm on Saturday. The man was spotted on the 2xist Billboard that hangs over the LA Buns Co burger stand that is next to the Santa Palm Car Wash in the heart of WeHo’s Boystown.

A crowd gathered to watch the man who appeared to be meditating and praying and then doing yoga poses that put him at risk of falling. He was wearing what appears to be a Buddhist monk robe that draped over his shoulder. He pulled the top part of his robe down to his waist to bare his chest.

Firefighters used firetruck ladders to reach the man and placed a safety air cushion inflatable mattress underneath the 2xist Billboard to catch him should he fall.

“There were two firetrucks on Palms Avenue and about four other trucks lined up on Santa Monica Boulevard, and about 20 police officers on the scene” eyewitness Dan Mryglot, told WEHO TIMES. “Traffic on Santa Monica was moving slowly. There was only one lane open due to the firetrucks. A crowd stood by and watched six firefighters climb  try to talk the man to come down on his own. The man would not comply. They basically covered him from both sides of the billboard and sort of wrapped themselves around the man so that he wouldn’t fall. The man was screaming as he was being carried down. Santa Monica Boulevard was blocked off to pedestrians so we couldn’t tell if they walked him down, or if he was strapped to a board and taken down. It was pretty emotional watching these firefighters climb these giant ladders and put their lives in danger to save this man.” 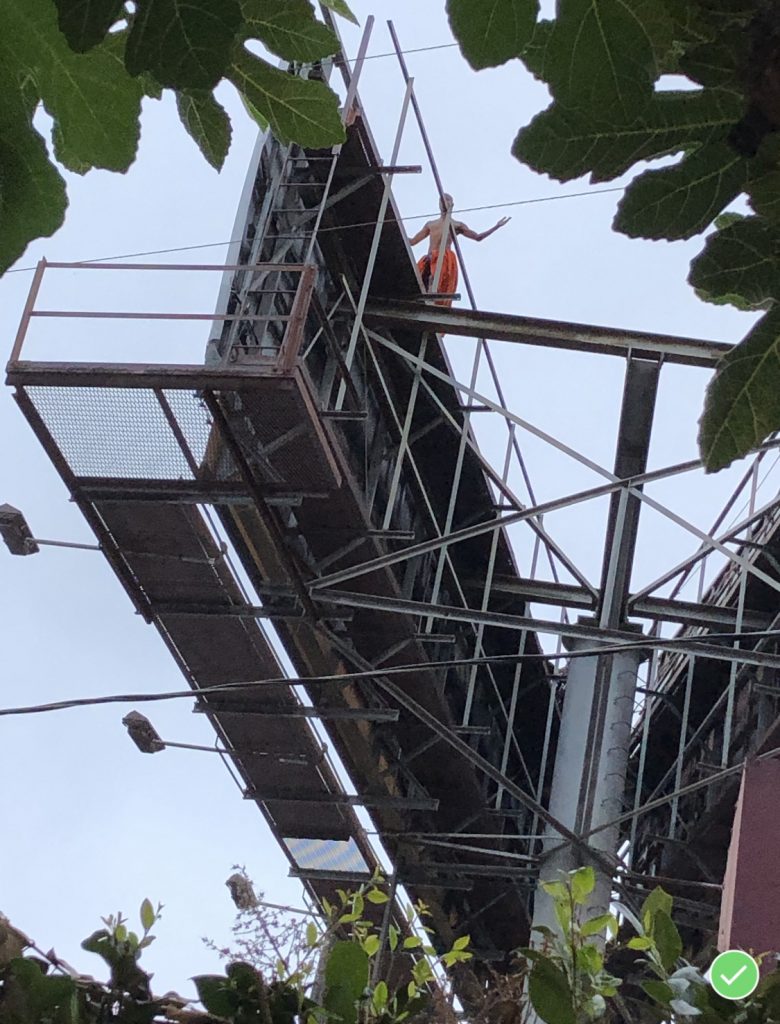 Mryglot says the man was not arrested. He was taken down around 9:15pm. He believes the man was wheeled into a paramedics vehicle and taken to the nearest hospital, but this has not yet been confirmed.