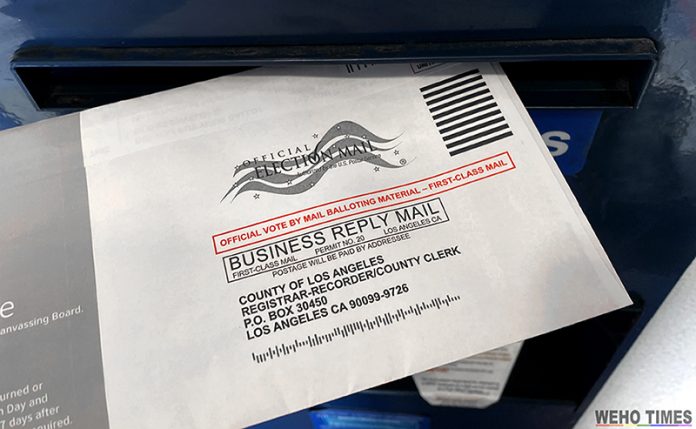 The City of West Hollywood continues to remind community members that each vote counts and your voice matters in the California Gubernatorial Recall Election. The California Gubernatorial Recall Election will take place on Tuesday, September 14, 2021. There are many ways to vote early and the postal Mail-In and Ballot-Drop-Off voting period has begun. Make a plan to vote by mail, to drop off a ballot at a Ballot Drop Box or at a Vote Center, or to vote in-person at a Vote Center.

The City of West Hollywood encourages every eligible voter to make a plan to vote with the following tips:

If more than 50 percent vote YES, the governor would be removed from office and the person with the most votes would replace him.

The City of West Hollywood has worked with Los Angeles County to establish three Ballot Drop Box locations in West Hollywood and these locations are now available for immediate voting. Ballot Drop Boxes were installed in 2020 and are bright yellow and clearly marked. They feature safety and security features, such as 24-hour electronic monitoring.

Locations are as follows:

All Los Angeles County voters will have 10 consecutive days as well as Election Day, Tuesday, September 14, 2021, to vote in-person at a Vote Center.

In the City of West Hollywood, there will be a Vote Center at Plummer Park’s Fiesta Hall, located at 7377 Santa Monica Boulevard. This Vote Center will be open from Saturday, September 11, 2021 to Tuesday, September 14, 2021. For additional Vote Center locations, visit https://locator.lavote.net/locations/vc.

All Vote Centers have made COVID-19 health and safety a priority. Vote Centers will follow LA County Public Health guidelines. Voters will be required to wear masks and to maintain social distance from others.

The City of West Hollywood adopted a resolution opposing the recall of California Governor Gavin Newsom at a regular City Council meeting on Monday, August 16th. Item 2R in the agenda, initiated by Mayor Lindsay Horvath, was moved to consent. The resolution opposes question 1 in the ballot asking to recall the Governor.

The last California gubernatorial recall to reach an election was in 2003. On September 15, 2003, the City Council passed a similar resolution in opposition to the recall election. At the time, the City Council believed the recall established a dangerous precedent for eroding the electoral process. The Council also argued the $67 million on the special election could have been better spent on education, healthcare, and public safety.

What a total waste of taxpayers money