The bulldozing of the building began on Monday, July 20. As of the publishing of this piece, not much is left of the neighborhood car wash located between La Brea Avenue and Fairfax Avenue on Santa Monica Boulevard. Photos below were taken on Thursday, July 23 at around 12 noon.

Madison Car Wash will be replaced with retail at the bottom, housing on top by LaTerra Development. The project includes 71 apartment units with 8,700 square feet of street level retail with 250ft of frontage on Santa Monica Blvd. visible to 50,000+ drivers daily.

LaTerra purchased the property in July 2017 and spent approximately two-and-a-half years processing entitlements. The development received Planning Board approval in January 2020 and is now fully entitled and under construction. 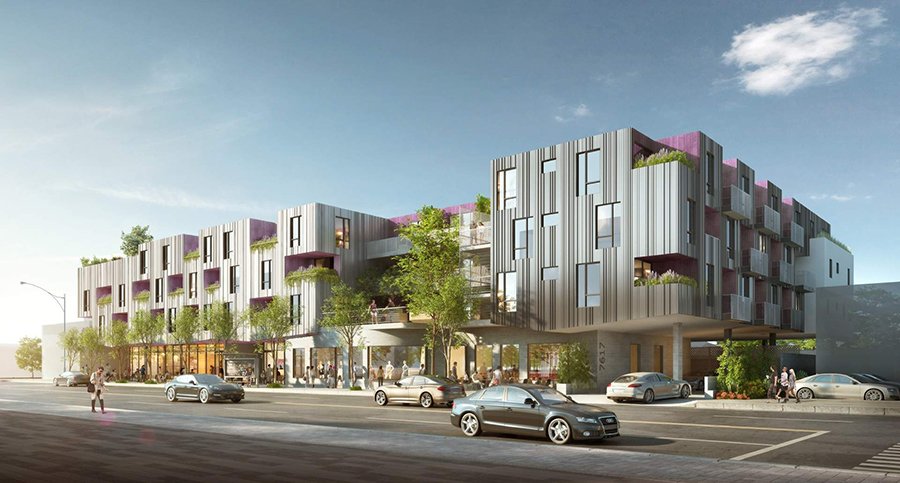 The 71-unit property offers an amenity package that includes a co-working / uber lounge, four meandering courtyards, a bunker fitness center and a rooftop pool with a clubhouse, fire pits, and dining.

LaTerra Development is based out of Century City. It has a number of similar mixed-use and multifamily residential buildings under construction in Mar Vista, Downtown, Santa Monica, and Los Feliz.

Madison Car Wash was designed in the neo-Googie style. The West Hollywood Preservation Alliance found historical value in the two-story building with its signature elements that included a row of pylons. It could have been redeveloped into into a restaurant or some form of retail store. However, the historic value was not enough to save the vintage car wash as can be witnessed by the piles of rubble and bent iron where it once stood. 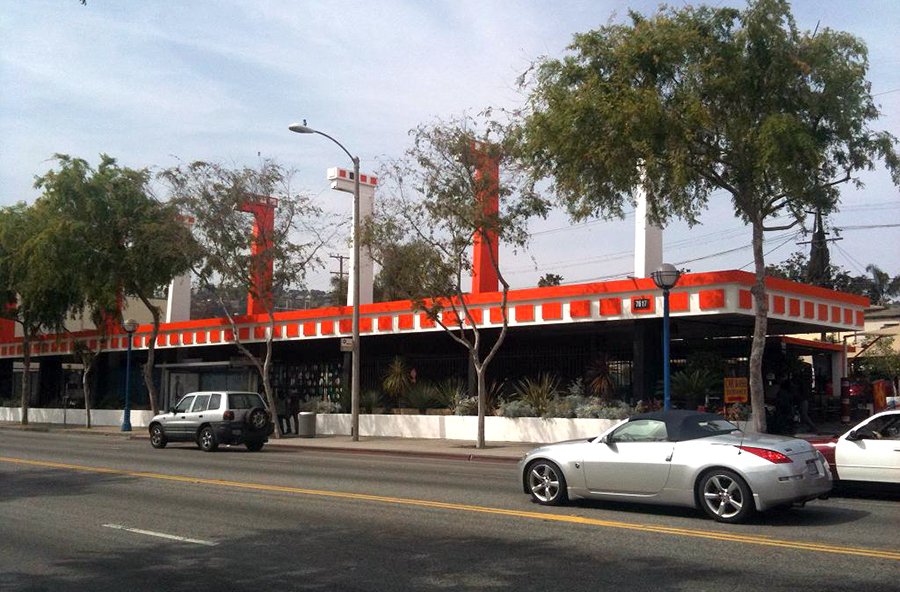 Sorry to see this close.