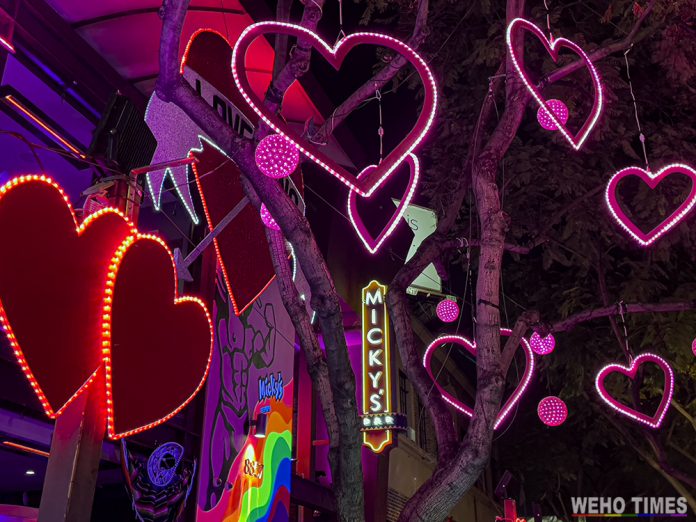 It seems the clock struck February 1st in West Hollywood and Micky’s WeHo, located at 8857 Santa Monica Boulevard, exploded with lights. We’re taking about pinks and reds and all the colors of the rainbow illuminating the front patio for Valentine’s Day 2022. There is currently a giant display of brightly lit hearts hanging from branches in front of the nightclub, with a giant tattoo heart with the words “Love Wins,” displayed high above, and there is even a giant chapel shaped heart at the main entrance in celebration of February 14th. 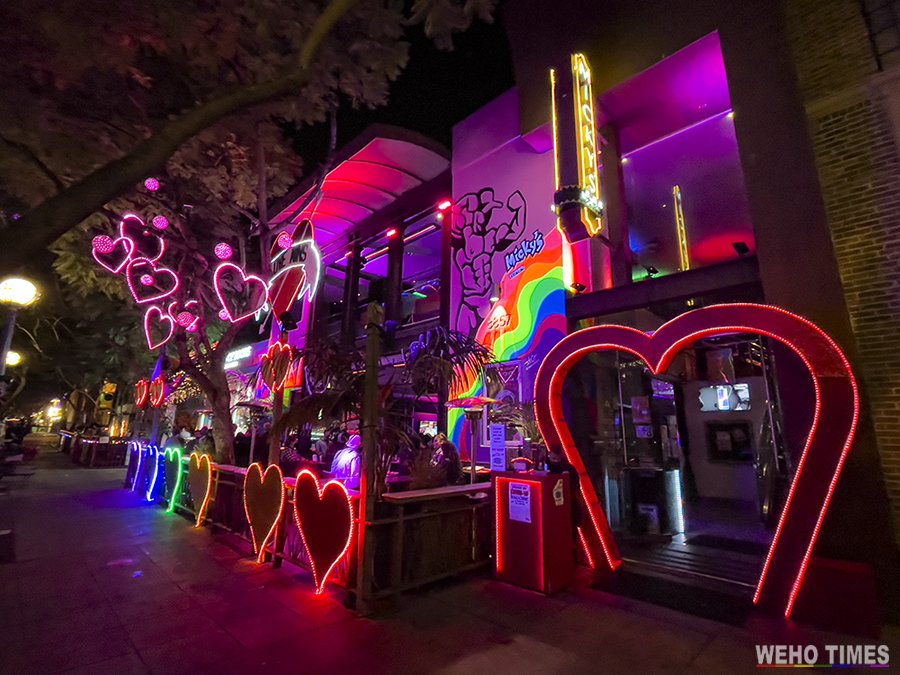 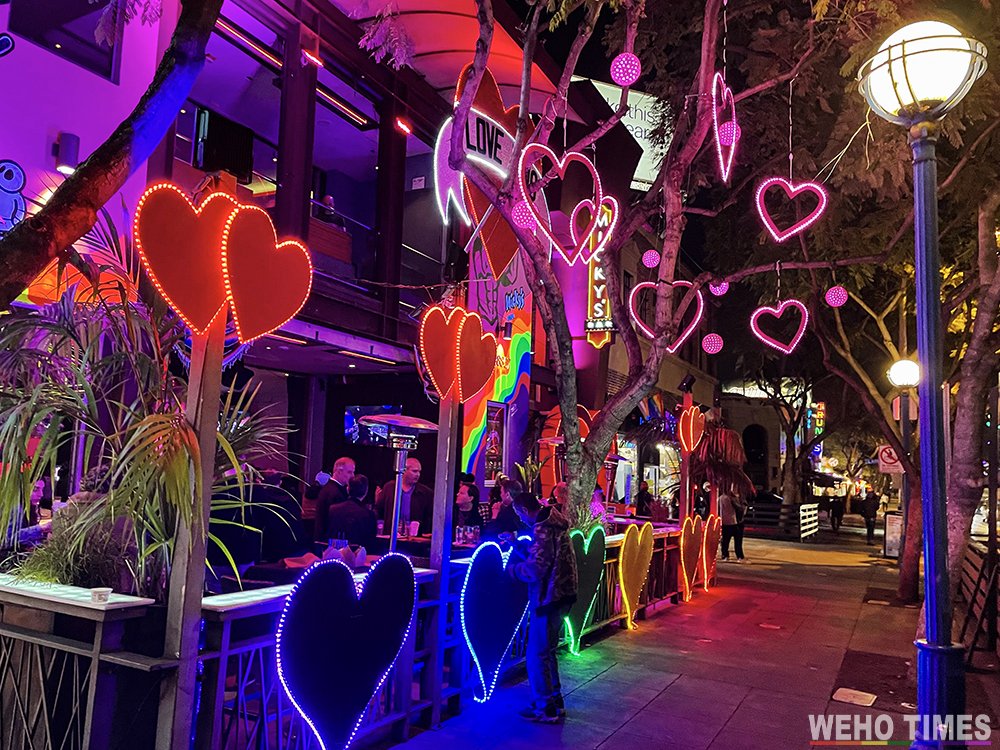 It was the same display during the winter holidays. Micky’s WeHo put on display a winter wonderland light display similar to the Disneyland’s Main Street Electrical parade. Brightly lit snowflakes were on display on the Boulevard for everyone to behold. 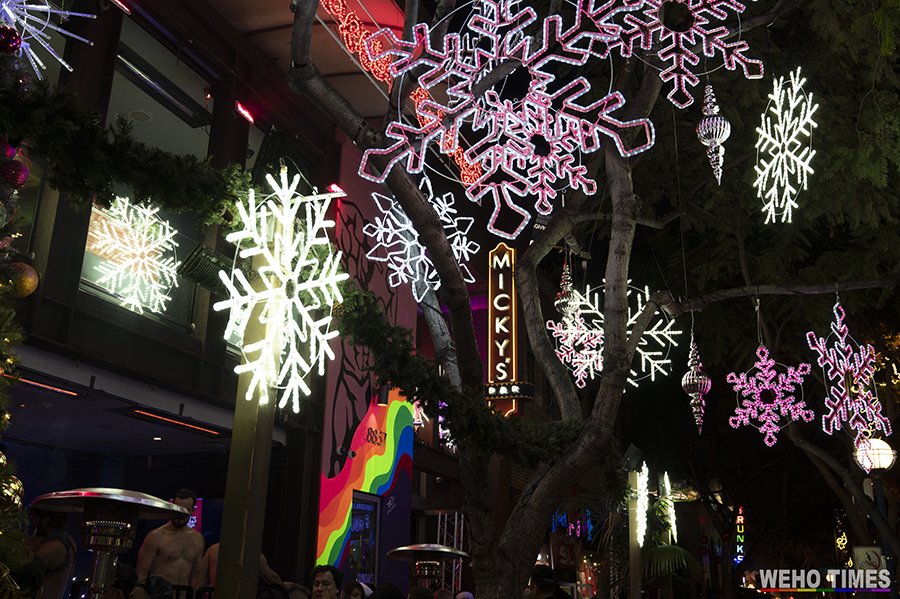 The lights show could be in response to an incident this past November when WeHo Code Compliance requested all Christmas lights be taken down from the trees in the patios of certain restaurants and bars. This happened shortly after WeHo City had been awarded the most business-friendly city in Los Angeles County by the the Los Angeles County Economic Development Corporation’s (LAEDC). Rocco’s WeHo, Micky’s Nightclub, Revolver Video, Bar Gym Sportsbar and Grill, Beaches, and Hi Tops were all asked to comply.

“The City of West Hollywood (City) Code Compliance team has been making contact with businesses that installed temporary lighting (i.e. Christmas lights) on City trees without City approval after receiving a complaint and concerns expressed by our City arborists,” said City of West Hollywood Code Compliance Manager Danny Rivas. “The installation of lighting or any other object on a City tree or in the public right-of-way (i.e. street, sidewalk, etc.) requires City approval and an encroachment permit. However, temporary lighting has not been approved on a permanent basis on City trees in the past because of the dangers and risk they can cause.”

Rivas also pointed outed the city’s recent investment of almost $400k for commercial grade decorative lighting installed in the Rainbow District, with plans in the near future to do the same on the Eastside of the community. “This process involves approval by an electrical engineer and the Los Angeles County Fire Department.”

Despite the setback, it appears Micky’s WeHo has found a way to shine bright like LED covered heart this Valentine’s Day 2022. Love Wins indeed.

Love Wins on Flores too. While not having the budget of a nightclub, one local resident in West Hollywood has shown his heart is not only on his sleeve, but on full display in his front window. Go to 1114 N Flores St. He has light displays for nearly everyone holiday, can’t wait to see what he puts up for St Patrick’s Day.