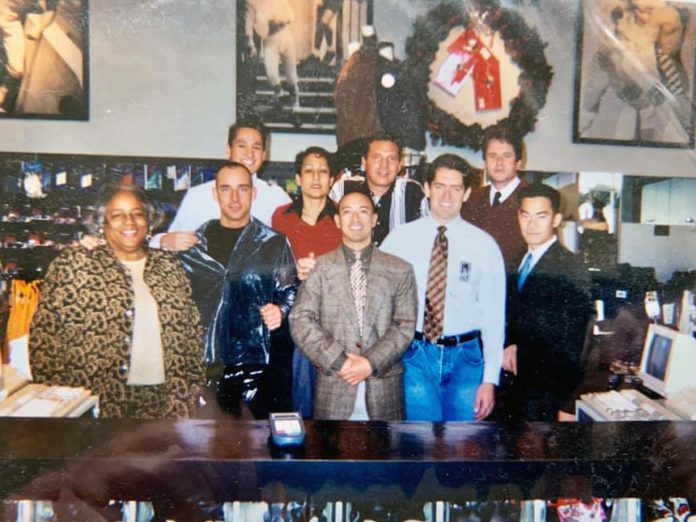 The LASC, Los Angeles Sporting Club will be closing. I’ve shed a few tears as 11 years of memories flash through my mind. LASC is like my Barbary Lane from Tales of the City. Owners Don and Mike aren’t exactly Anna Madrigals but their mentorship and friendship has influenced many lives.

I moved to LA from Virginia Beach, VA in 1990, thanks to my then boyfriend Chris Griffin. While our relationship was short, his impact on my life was great. He wrote to me about a store I should work in and a gym I should teach aerobics at, which were in the same building. The store was the LA Sporting Club and the gym was the Sports Connection in the heart of West Hollywood.

LASC is part of my LA history. I learned everything I needed to continue my retail management career from Don Zuidema and Michael Mike Mcginley.

I remember my interview with Don like it was yesterday. I was supposed to sit on a bench in the shoe area, but I ended up sitting in a beach chair that was on display. Don sat next to me in another beach chair to conduct the interview (When Chris and I broke up, I couldn’t find an affordable living arrangement. Don heard about my situation and invited me to stay in their pool house until I found room to rent).

Lee C. and Jerry L. were my managers. A beautiful German man whose name escapes me was another manager. Then I met the men who I shared my late 20s and 30s with, John J., Chris F., Brian P., Mark DM., Mark D., Dan M. and many more. We grew up together; partied together; laughed together; cried together. Both John and Dan were my roommates and Brian was my neighbor. John J. took me to that infamous Spa in Hollywood.

Jerry took me under his wing and mentored me as a manager and also showed me what friendship is about and that gay men can share their lives with family and friends out of the closet.

It was during a road trip with Dan that I met Gilles F. We spent 11 years together. So many good times and some bad, but despite our ups and down we went from sleeping on a mattress on a floor and banquet table as our dining room table, to building a home together that we could share with friends and family.

Don gave Gilles a full time job and helped us navigate through a grownup situation. I will be forever grateful for that.

When Don and Mike decided to open the 8000 Sunset location, Don let me participate from start to finish. It was an exciting time in my life. I was learning how to open and run a business through experience. Better than college—on another note, Don and Mike offered us health insurance benefits. it was 1995-ish. I’m certain it saved my life. I was able to go to Pacific Oaks to see Dr. Cohan and get on AZT. Getting quality care like that was not available to everyone back then.

I remember I was working one afternoon, when a woman rushed in and asked for a pair of shoes that were on hold for Richard. I grabbed the Nike box out of the back room. She wrote a check, so I asked for her ID. When I looked at her license, there was a beautiful picture. As I handed her ID back, I finally looked at her and then back at the license, and said that’s a great picture Cindy. It was Cindy Crawford picking up shoes for Richard Gere!

It was the 90s. I worked there during the Rodney King Riots, OJ Simpson, Northridge Earthquake, El Niño, and September 11. We were the first to sell MetRx. Lines like Girbaud, Love Eric socks, John Barnett skirts, YMLA, Diesel, 2xist and Speedos. We sold Circuit Party tickets before they were called Circuit Parties. LASC set fashion trends in WeHo. Don and Mike carried clothes from many gay owned and operated designers. I’m pretty sure there are other young men and women who moved to LA and started their WeHo Adventure at LASC.

11 years at LASC has impacted my life. Folks from recovery shopped at the Robertson store and that’s how I learned that the West Hollywood Recovery Center existed over on top of Greenwich Village pizza. Some of my customers congregated there. I would see them when I would have a slice of pizza for lunch. I would later ask my friends Dean, Meredith and Kathy what went on up there. When I walked up the stairs for my first meeting, Dean said they were expecting me. I am now 12 years sober. 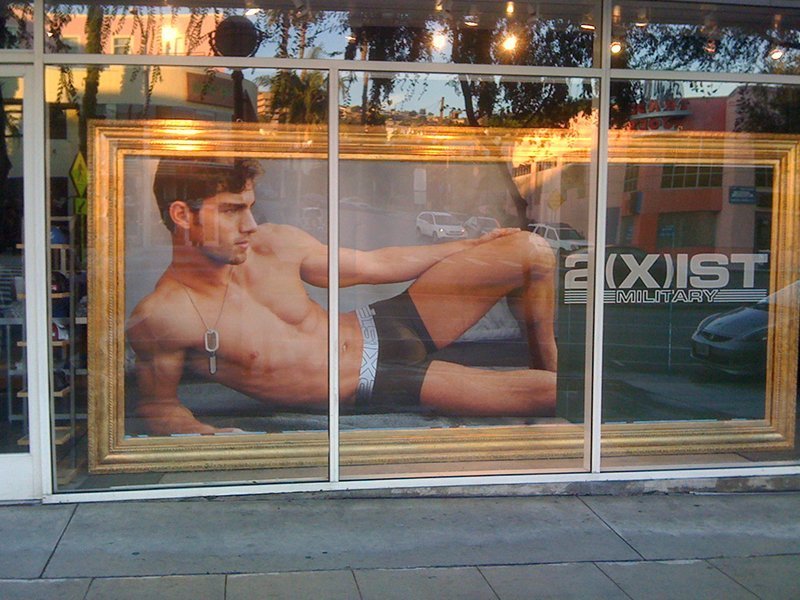 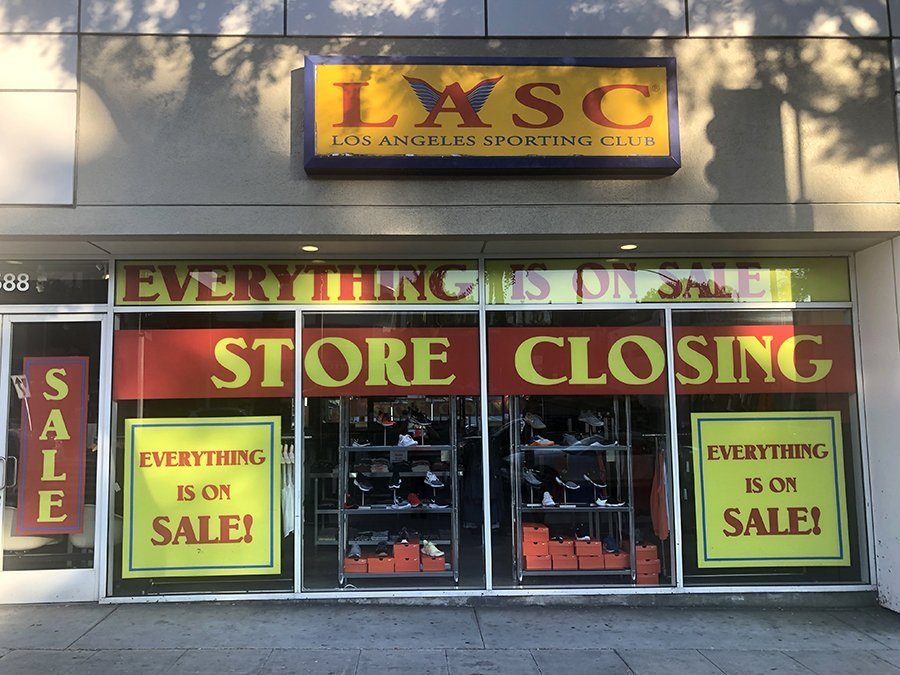 Gay retail is pretty much dead. We have the Gay Mart in Palm Springs and of course Block Party in West Hollywood with Larry Block who is Mr. YMLA.

Roger Delacruz is currently the Admissions Director at the American Fitness and Nutrition Academy in Pasedena, a vocational school for personal trainers. Before this position he was a personal trainer at 24-Hour Fitness Sport in West Hollywood, which used to be the Sports Connection in the early 90s.

The Los Angeles Sporting Club is having a liquidation sale beginning on Thursday, July 11 at 10am sharp.