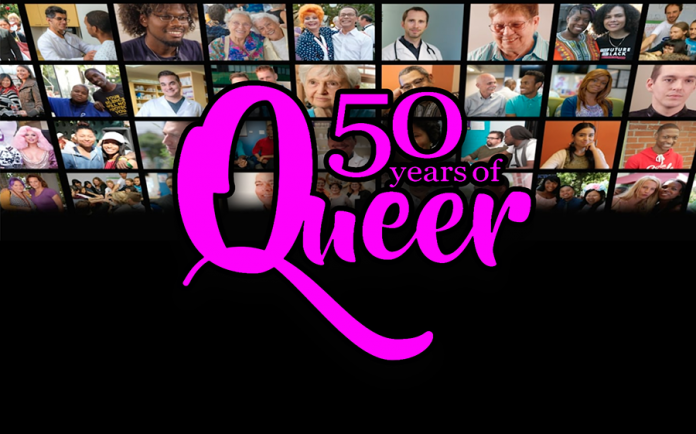 Los Angeles LGBT Center launched 50 Years of Queer to celebrate and commemorate The Center’s momentous 50-year anniversary. The World’s Largest LGBT organization is hosting a year-long calendar of events. Throughout 2019 the Center’s signature events and other community-focused occasions will hallmark the organization’s half-century milestone.

“This is a historic moment for the Center and for the LGBT community,” said Center CEO Lorri L. Jean. “Fifty years ago, a small group of volunteers banded together and decided to change the world. Perhaps that’s not how they thought of it, but that’s what happened. What began as a vision for helping members of our community developed into what’s now the largest LGBT organization, with nearly 700 employees, thousands of volunteers and supporters, and many more thousands of people whose lives have been changed for the better. What better way to celebrate who we are, where we’ve come from, and where we’re going than with a year-long set of opportunities for everyone to get involved!”

The year-long celebration will feature two landmark events that will serve as centerpieces of the anniversary festivities:

On April 7, the Center will open the two-acre Anita May Rosenstein Campus, a first-of-its-kind complex in Hollywood which will offer comprehensive multi-generational services and 100 beds for homeless youth, a new Senior Community Center and Youth Academy, and expanded programming and administrative space. Phase 2—scheduled to open in early 2020—will include 99 units of affordable housing for seniors and 25 supportive housing apartments for youth.

On September 21, a star-studded celebration and concert at the Greek Theatre will feature musical headliners and special guests, preceded by a sit-down gala dinner.

In celebration of 50 Years of Queer, events throughout the year will integrate important historical and cultural themes that highlight not only the history of the Center, but the LGBT movement at large. Among those events will be a special year-long Big Queer Convo panel series documenting the impact of LGBT people on the entertainment and news media over the last half-century, beginning on January 30 with The New Normal: Television and the Emergence of LGBT Identities. A host of other events will follow including: Simply diVine (April 27), the premier food and wine event for LGBT people and their allies at Hollywood Forever; L.A. Pride Parade (June 9) in which the Center’s march contingency will hold placards depicting LGBT individuals who posed for the 50 Years of Queer campaign; Trans Pride L.A., one of the oldest and largest trans celebrations in the country (June 14–15); OUT Under the Stars summer outdoor film screenings at Hollywood Forever (tentatively scheduled for June 21 and August 16); and the 27th Annual Models of Pride, the world’s largest free conference of its kind geared for LGBTQ youth and their allies (October).

Starting later this month, a special series of commemorative books will be released throughout the year, along with a digital 50 for 50 series, highlighting 50 moments from the Center’s history and inviting community members to share their stories. Don’t miss out on the details! For the latest news and updates about the 50 Years of Queer campaign and the exciting year-long events and activities, visit lalgbtcenter.org/50 and follow @lalgbtcenter on Facebook, Instagram, and Twitter.