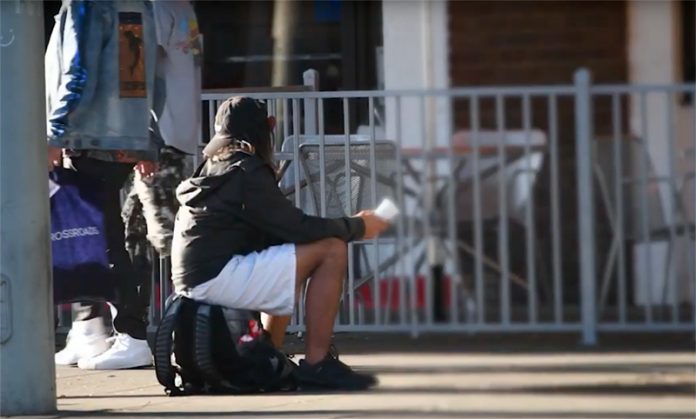 A 2019 Los Angeles Homeless Services Authority (LAHSA) count reports that the City of West Hollywood is experiencing a rise in homelessness. The count that is consistent with a rise in homeless people across the region.

The City participated in the annual LAHSA homeless count in an effort to help improve the lives of people experiencing homelessness across the Greater Los Angeles area.

LAHSA published official results from its 2019 Greater Los Angeles Homeless Count, which took place in West Hollywood on Thursday, January 31, 2019. The point-in-time data indicates that the LAHSA total count for West Hollywood is 131, an increase from 100 in 2018 and 105 in 2017. Importantly, LAHSA applies a SPA-level multiplier (Service Planning Area) to the raw data in order to standardize the estimates of people living in vehicles, makeshift shelters, and tents. For example, a baseline number of 6 is then calculated with a statistical multiplier to total 8.5. Such multipliers/conversion factors are used to estimate the total Los Angeles Homeless Services Authority count across the region, and those formulas change year over year.

During the past three years, the City of West Hollywood’s Homeless Initiative has achieved positive measureable results in collaboration with grant-funded community partners, including the following highlights:

• Ascencia has housed 50 people who were formerly homeless in West Hollywood and Step Up On Second has housed 28 individuals, for a total of 78 people successfully placed into permanent housing. This includes chronically homeless community members who are impacted by severe and persistent mental illness, which make the barriers and challenges in bringing people into service and housing even greater;

• A total of 381 West Hollywood residents accessed City of West Hollywood rental assistance programs through NCJW/LA and the Alliance for Housing & Healing, enabling them to remain in their rental housing in West Hollywood and preventing them from falling into homelessness;

• Tarzana Treatment Center and Safe Refuge provided detox and residential treatment to at least 22 unduplicated West Hollywood community members who were homeless and McIntyre House’s assisted 35 West Hollywood clients with housing and treatment of which 18 had become homeless due to their substance abuse; and

A three-minute Public Service Announcement (PSA) about the City of West Hollywood’s Homeless Initiative is available on the City’s WeHoTV YouTube channel.

If you are concerned about a community member who is homeless, call the West Hollywood Homeless Initiative Concern Line at (323) 848-6590. If your concern requires time-sensitive assistance during nights or weekends, please call the West Hollywood Sheriff’s Station at (310) 855-8850. For additional information, please visit www.weho.org/homeless.