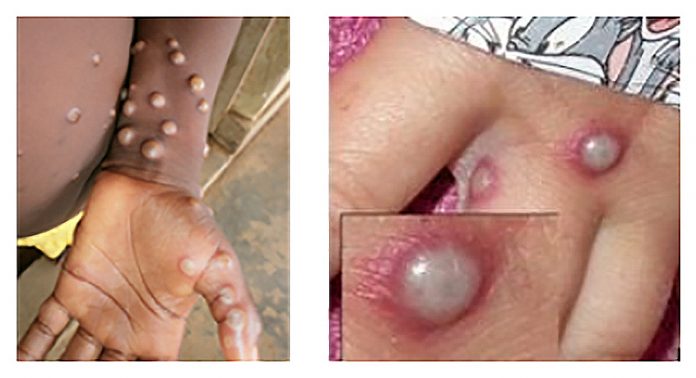 Since May 13, 2022, cases of monkeypox have been reported to World Health Organization (WHO) from 12 Member States that are not endemic for the virus, across three WHO regions. The WHO described this as a “multi-country monkeypox outbreak in non-endemic countries” on May 21, 2022.

On May 20, 2022, the U.S. Centers for Disease Control and Prevention (CDC) issued a health advisory regarding a confirmed case of monkeypox virus infection in Massachusetts as well as multiple clusters of virus infections in other countries that do not usually have cases. Anyone can get the virus. Currently, most cases have been among persons self-identifying as gay, bisexual, and other men who have sex with men (MSM), but not exclusively. Anyone who has been in close contact with someone who has it is at risk.

Additionally, the California Department of Public Health (CDPH) issued an updated advisory on May 27 and also issued an advisory on May 20 to health care providers to immediately notify their local health jurisdiction (LHJ) of any potential cases.

As of June 3, 2022, the number of probable and confirmed cases in California is 5 and in the United States, 25.

Monkeypox, a disease caused by infection with monkeypox virus, is a rare disease and does not naturally occur naturally in the US. Monkeypox infections in the US are usually associated with travel to West or Central Africa or contact with imported infected animals. However, as mentioned above, cases have recently been identified in some countries where the virus is not typically found, including in the US, and appear to have spread through human-to-human contact.

Based on previous outbreaks, the virus typically does not spread easily between people. Spread from a person with monkeypox to another person can occur through contact with body fluids, sores, items (like clothing or linens) that have been contaminated with fluids or sores, or through prolonged exposure to respiratory droplets. Because of this, transmission may also occur during sex through skin-to-skin and other intimate contact.

Early signs may include fever, muscle aches, headache, swollen lymph nodes, exhaustion, and sometimes cough or sore throat. A rash may develop often beginning on the face and spreads to other parts of the body, including the hands, feet, eyes, mouth and/or genitals. Rashes may vary in severity between people and change in appearance through infection. Infections can last two to four weeks.

Skin lesions typically begin to develop simultaneously, may appear anywhere on the body, and change from being flat to bumps to blisters before scabbing over and resolving.

Many individuals infected with monkeypox virus have a mild, self-limiting disease with the symptoms lasting from 2 to 4 weeks in the absence of therapy. It is usually a self-limited disease. Severe cases can occur.

The risk to the US population remains low. Those who experience symptoms such as characteristic rashes or lesions, should contact their health care provider for a risk assessment or call DPH at 2-1-1 for assistance if you do not have a regular provider. This includes anyone who traveled to countries where cases have been reported or has had close contact, including sexual contact, with someone who has a similar rash or received a diagnosis of suspected or confirmed monkeypox.

Steps to help prevent monkeypox include:

There is a vaccine that can prevent monkeypox and can be used, under certain circumstances, for the protection of people who are at high risk of exposure to this disease.