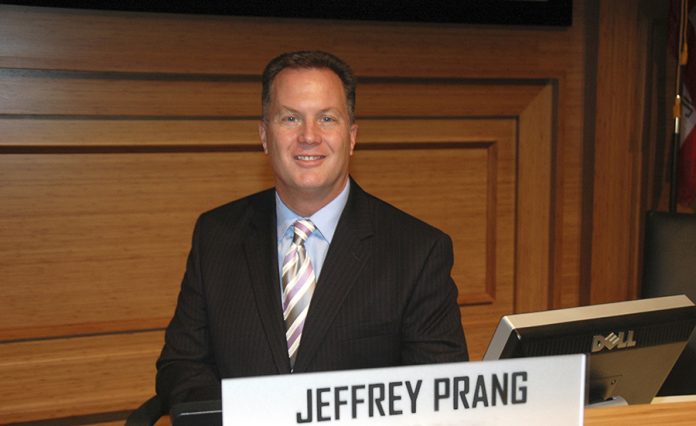 Los Angeles County Assessor Jeff Prang is proud to announce that he will be seeking re-election in June 2022.

“Dear Friends,” he posted on his Facebook page yesterday. “Ordinarily, no one thinks of the County Assessor as a particularly glamorous position, especially compared with the offices of governor, senator, or mayor. However, during the time that I have had the honor of serving as the Los Angeles County Assessor, I can attest that the job is not only vitally important, but it is challenging and rewarding. It’s the best job I have ever had! THAT IS WHY I AM PROUD TO ANNOUNCE THAT I WILL BE SEEKING RE-ELECTION IN JUNE 2022 AND I AM ASKING FOR YOUR SUPPORT [sic]!”

The former West Hollywood council member and sometimes Mayor was elected as the 27th Assessor for the County of Los Angeles in 2014 and re-elected by a wide margin in 2018.

As Assessor, Mr. Prang has implemented sweeping reforms to ensure that the strictest ethical guidelines rooted in fairness, accuracy and integrity would be adhered to in his office.

He has pursued an ambitious vision which includes modernizing technology, improving efficiency, ensuring public trust in the Office, and making services more accessible for taxpayers.

With more than 1,200 employees located in six locations and an annual operating budget of nearly $200 million, Assessor Prang manages the largest local public assessment agency in the United States. He is responsible for assessing more than 2.6 million real estate and business properties valued at nearly $1.8 trillion. Assessor Prang is a licensed appraised by the California State Board of Equalization, an Executive Committee member of the California Assessors’ Association (CAA), and an active member of the International Association of Assessing Officers (IAAO).

“As Assessor, I has worked hard to enhance public service while building a modern and efficient public agency that works well,” he states in his website.

To learn more about Jeff Prang, or to show your support, visit http://www.jeffreyprang.com.

Prang brought WeHo-style corruption and special favors for the clique that runs this town to the County as Assessor. The elite establishment circled the wagons to protect him and themselves and quickly offered up their endorsements and money last election. I’m sure they will again, but will the voters be fooled again?