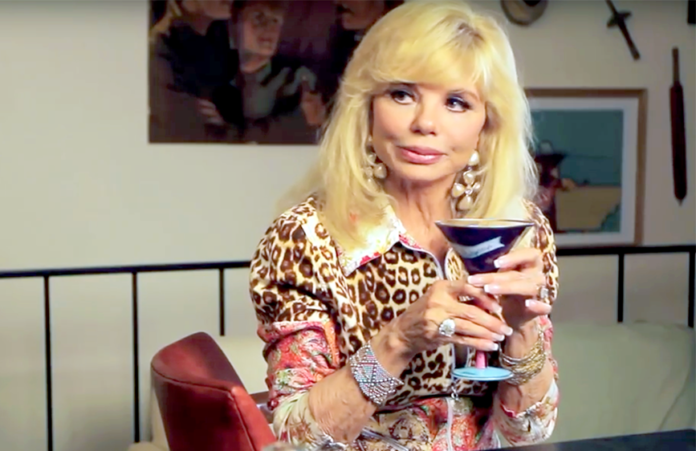 Attention Loni Anderson fans! The producers of the hit web series, My Sister is so Gay” are auctioning off an opportunity to meet, greet and have a cameo speaking role with their favorite TV darling in Hollywood. The auction is happening on Ebay and will run until March 15, ending at 7:34pm.

Loni Anderson is known and loved for several hit TV series, such as WKRP In Cincinnati, Partners in Crime, and Easy Street. She will always be remembered as Jennifer Marlowe from the hit sitcom WKRP IN CINCINNATI, a role which garnered her 3 Golden Globe and 2 Prime Time Emmy Award nominations. Loni was a regular in 5 more series and has guest starred in numerous other shows and TV movies like the title role in The Jayne Mansfield Story. Her other ﬁlms include A Night at the Roxbury, and Stroker Ace with Burt Reynolds. Her highly proﬁled marriage to Burt made them the Brad & Angelina of the 1980s. She is now happily married to Bob Flick, from the folk group The Brothers Four.

The opening bid it set at $2,500 (U.S. Dollars). Travel to Los Angeles and accommodations are not included. This is a chance to work with Anderson on screen and make a memory of a lifetime. MY SISTER IS SO GAY Season 2 will be directed by Billy Clift (Hush Up Sweet Charlotte) and includes a number of co-stars like Debra Wilson (MADtv, Over the Hedge), Rae Dawn Chong (The Color Purple, Quest for Fire), Terry Ray (From Here on Out), and Wendy Michaels (I LOVE YOUR PHILLIP MORRIS) . MY SISTER IS SO GAY story centers on Frances’ (Loni Anderson) gay son Seth (played by Terry Ray), who is invaded by his uptight, homophobic sister, Amanda (Wendy Michaels) after she catches her husband with her best friend, Katherine. It just seems she’s way more upset about Katherine cheating on her than her husband. It’s not adding up for Seth, especially when Amanda acts all loopy around his lesbian co-worker, Becca (Debra Wilson). Is his right-winger, homophobic sister gay? Amanda can’t ﬁgure out why Seth’s way younger and very handsome boyfriend is interested in Seth. He seems to have too many secrets. Is he married? Or is he a serial killer?

The first season of MY SISTER IS SO GAY is currently for free on YouTube. Link:

To bid on chance to meet and greet Loni Anderson visit the ebay link below: