“Great news… we’re opening on March 17th, just in time for St. Patrick’s Day,” reads a Facebook post on the Pump Restaurant official page, announcing the re-opening of the Mediterranean restaurant owned by reality TV star Lisa Vanderpump. “It’s been an unimaginable year, but we thank you for your support and to everyone that has joined us for outdoor dining! We look forward to welcoming everyone back to PUMP! Come join us in our gorgeous covered and heated garden patio!#PUMPRestaurant.” 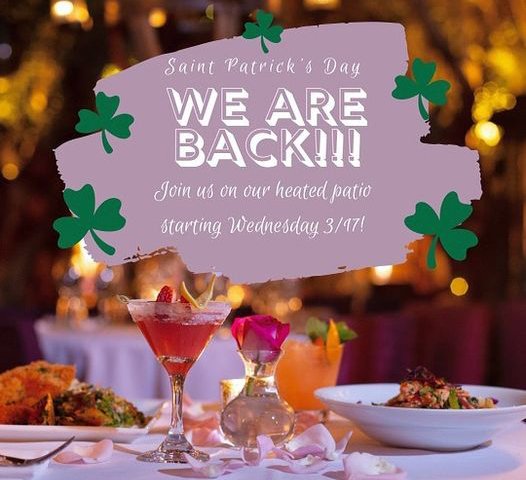 The news comes in the tails of a report by The Sun on March 10, 2021, that Pump Restaurant, located at 8948 Santa Monica Boulevard, had been “suspended indefinitely” by the California Franchise Tax Board. The Sun obtained records showing filings were made on February 2nd, 2021 for the company account and that no status changes were indicated on the forms. The Sun suggested the suspension was due to the restaurant, either failing to file tax returns, failing to pay their taxes, or failure to pay outstanding penalties or interest.

Lisa Vanderpump dismissed the entire story with a tweet.

Pump Restaurant has been showing signs of its revival these past months. The exterior was painted a hot pink in mid-February and then it was repainted to the creamy off white we see today at some point this month.

Workers were spotted making improvements to the restaurant on March 11th in preparation of its re-opening this week for St. Patrick’s Day.

Lisa Vanderpump opened Pump Restaurant in WeHo in May 2014 with her businessman partner and husband, Ken Todd. The pair own dozens of companies together and several restaurants in West Hollywood, which including Pump, Tom Tom, Sur and the now shuttered Villa Blanca, which closed permanently during the pandemic last year. Pump restaurant has been featured on the Bravo reality TV series Vanderpump Rules.