A demonstration of LGBTs for Black Lives Matter drew thousands of protestors to the City of West Hollywood on Wednesday June 3. The crowd gathered at the intersection of Santa Monica Boulevard and La Cienega Boulevard at 12 noon. The protest was a call for justice in the murder of George Floyd and a condemnation of police brutality against people of color.

The Greater Los Angeles County reached eight days of protesting on Wednesday with an estimated crowd of 3,000 gathered in West Hollywood to chant George Floyd’s name and hold up signage in support of Black Lives Matter. 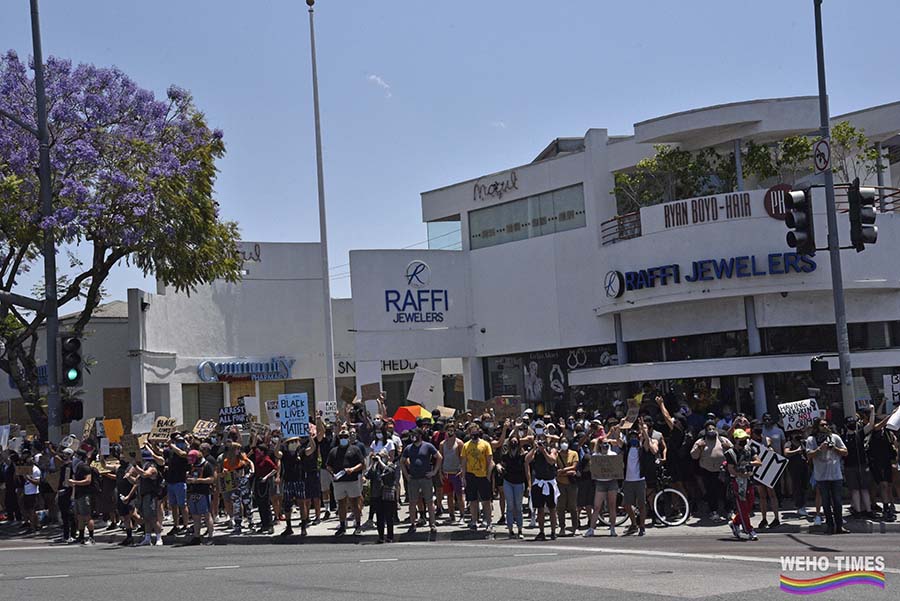 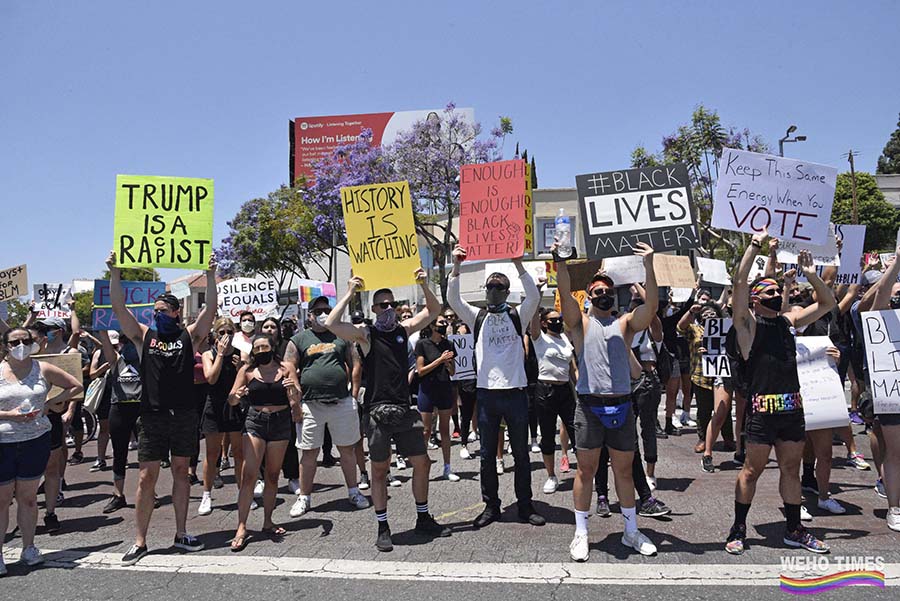 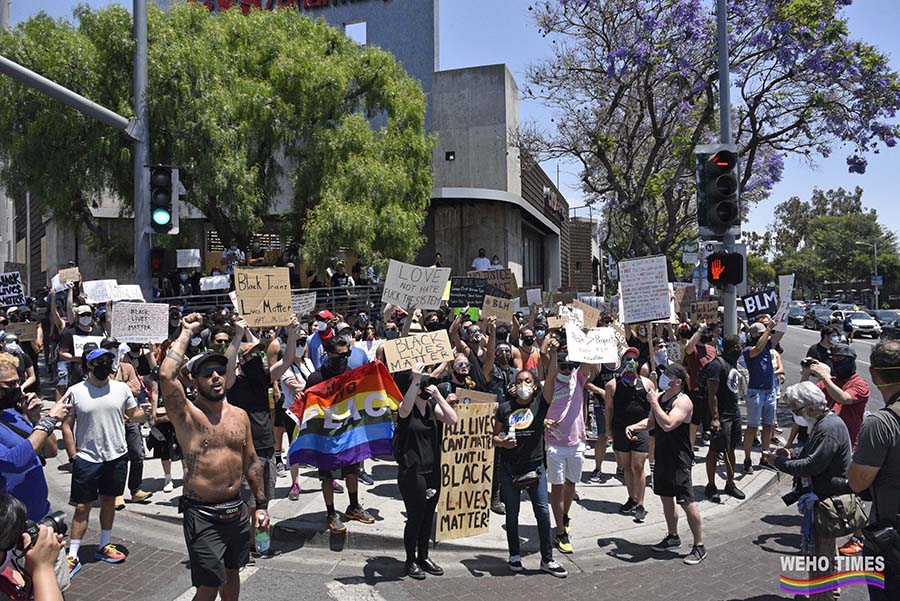 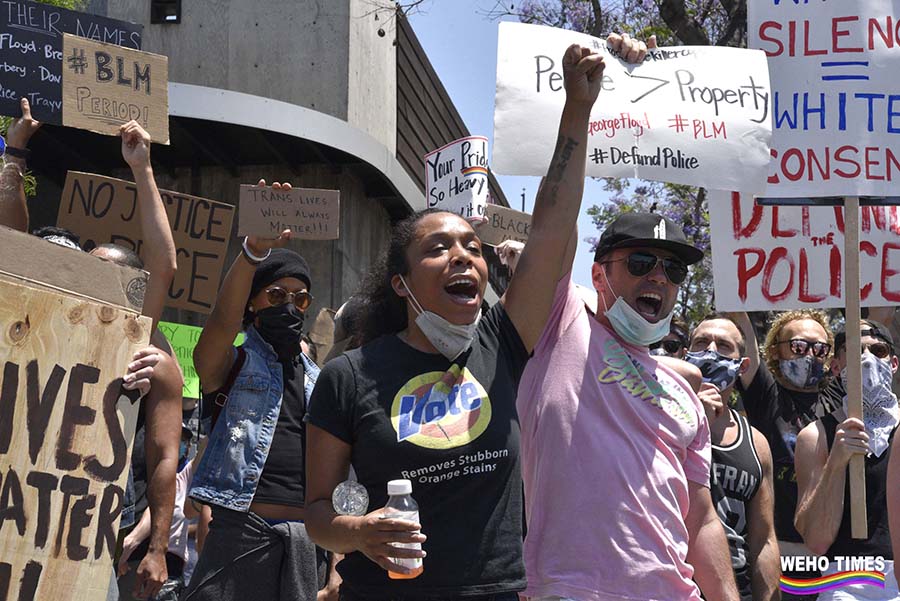 The crowd grew in size as word got out through social media. The protestors were loud, the messaging was powerful and it remained peaceful throughout the day. Protestors stood on the sidewalks for most of the demonstration. They pounded their fists and bent a knee while chanting “Black Lives Matter here!”

Traffic flow was eventually disrupted when the crowd shut down the intersection of Santa Monica and La Cienega for a “die-in” where protestors laid on the floor to symbolize dead bodies. Some laid on their stomachs and put their hands behind their backs in solidarity with George Floyd.

Breonna Taylor’s name also came up at the protest. Taylor was mistakenly shot by police after they entered the wrong home. She was shot eight times.

The crowd marched down Santa Monica Boulevard chanting, “Hands Up, Don’t Shoot” and “Black Lives They Matter Here!” They stopped at the intersection of San Vicente and Santa Monica boulevard and bent a knee by the rainbow crosswalk.

Social distancing was nearly impossible during the COVID-19 pandemic. However, the majority of protestors wore masks or some form of face coverings to protect themselves and help prevent spread of the coronavirus.

The protest continued long after the organizers of LGBTs for Black Lives Matter dispersed. Crowds of demonstrators disrupted traffic down La Cienega from Santa Monica Boulevard to Sunset Boulevard in the later afternoon.

LASD deputies and National Guard troopers blocked off the intersection of San Vincente and Santa Monica Boulevard to keep the business communities safe.

There was no property damage during the demonstrations. The City of West Hollywood issued a curfew that originally started at 4pm, was pushed to 6pm and was revised to go into effect at 9pm.

There are no known protests planned at West Hollywood today as of the posting of this piece.