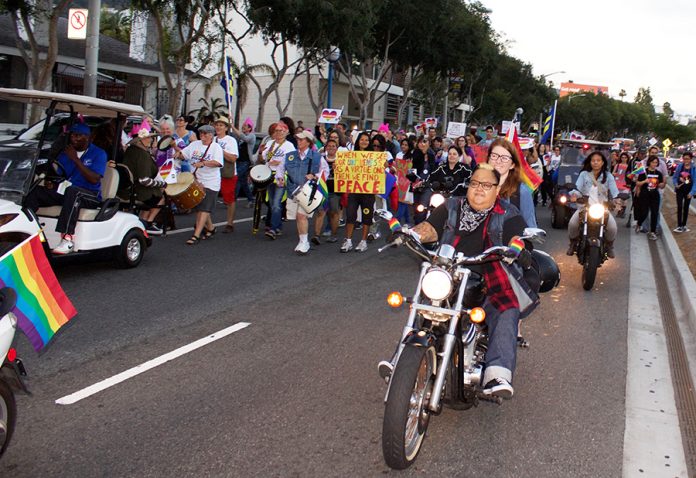 Every year the Dyke March marks the beginning of LA Pride weekend. This year was no different. The City of West Hollywood hosted Dyke March 2017 with a series of events.

LA Pride weekend always begins with the Dyke March. To learn all you need to know about LA Pride, visit lapride.org.

The rally included guest speakers such as members of the West Hollywood City Council and Los Angeles County Supervisor Sheila Kuehl. Also in attendance were representatives from SEIU, Black Lives Matter, Planned Parenthood, and the “Lesbians to Watch Out For: ’90s L.A. Activism” exhibit.

The actual march began at 8pm. This year was different from previous years where the march moved from east to west. It started from Holloway Drive and Santa Monica and circled at the median at San Vicente. Nasty Women’s Drum Circle of Long Beach led the march. They continued to perform when the marchers return to the Veterans’ Memorial. The event also offered a protest-sign and pin-making workshop led by artist Julianna Parr.