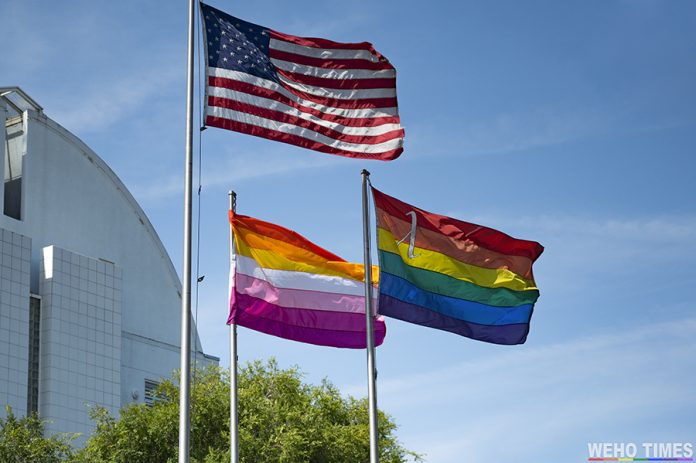 For those of you who are not caught up on your LGBTQ+ flag colors, the lesbian flag went up at the medians on Santa Monica Boulevard and at City Hall today as part of the City of West Hollywood’s recognition of Lesbian and Queer Women Visibility Week, from Monday, April 25, 2022, to May 1, 2022. 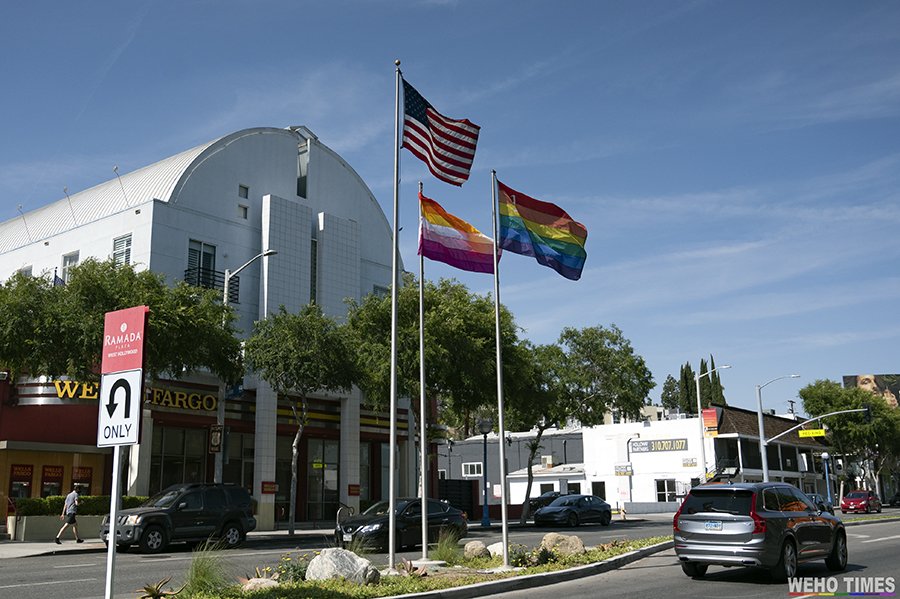 On Monday, April 18, 2022, at its regular meeting, the City Council of the City of West Hollywood will issued a Proclamation to commemorate April 25, 2022 through May 1, 2022 as Lesbian and Queer Women Visibility Week. The City announced that it will display the Lesbian Pride flag in medians on Santa Monica Boulevard; West Hollywood City Hall and lanterns over Santa Monica Boulevard between Hancock Avenue and N. Robertson Boulevard will be lit in pink, orange, white, and red to reflect the shades of the Lesbian Pride flag. 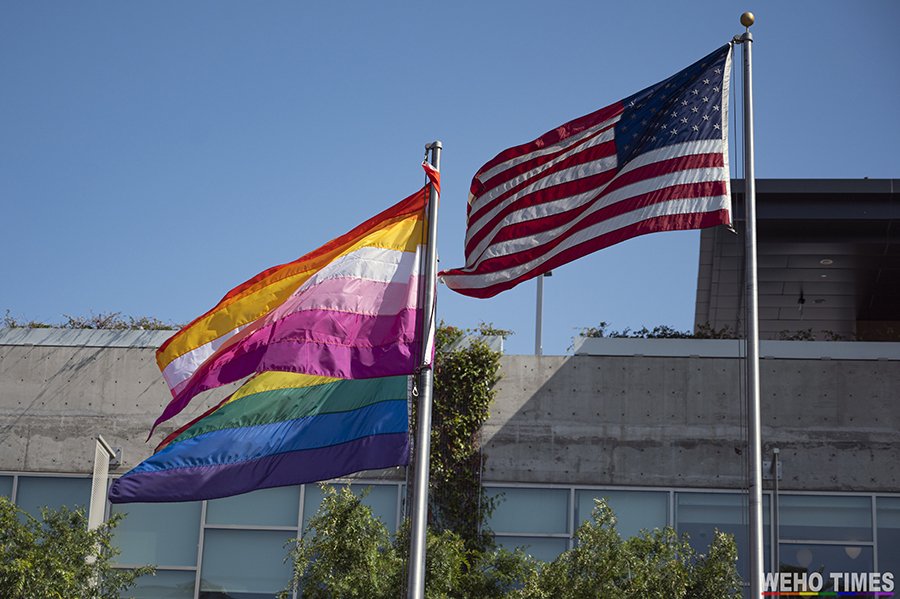 On Saturday, April 30, 2022, from 10 a.m. to 6 p.m., the City will host Meet Me in the Park – a gathering for Lesbian and Queer Women on the Great Lawn at West Hollywood Park, located at 647 N. San Vicente Boulevard. The day will include “You Want Me to Call You What?” a Lesbian Speakers Series panel discussion featuring gender non-confirming, nonbinary, and masculine presenting persons who have created welcoming workspaces for lesbian and queer women of all presentations. Panelists will include: Dr. Diandra Bremond (she/her) Adjunct Professor at USC; Kim Fuentecilla (she/her/they/them) Assistant Principal at Animo Ralph Bunche Charter High School; Madin Lopez (they/them) Executive Director of ProjectQ); Kalela McNeil (she/her) Actor, Comedian, and Entrepreneur); and the panel will be moderated by Zekiah N. Wright (they/them) Labor Attorney and member of the City’s Lesbian and Gay Advisory Board. Meet Me in the Parkwill also include a dog-meet up and dog contest, sporting activities, and park games. For more information and to RSVP, please visit Eventbrite.