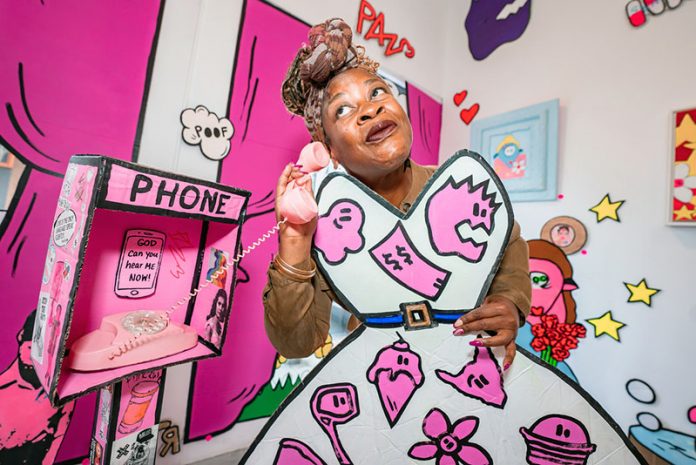 This weekend is the last chance to catch the “FREE TO BE E(WE)!” art exhibit at Wallspace gallery, located at 7701 Santa Monica Boulevard. The immersive solo show by street Latinx Queer Street artist Ricky Sencion aka “Little Ricky” will have a closing event from 3pm–7pm on Sunday July 31st with live painting from Little Ricky himself.

Wallspace invites everyone to step into Little Ricky’s world, full of color and interaction with the sheep characters known as the “Moonsters”. Join in on the celebration of life and memories… of who e(we) are and who Little Ricky is. Little Ricky, now comfortable inhabiting his own space, lets his characters revel in the joyfulness that comes only from being free. 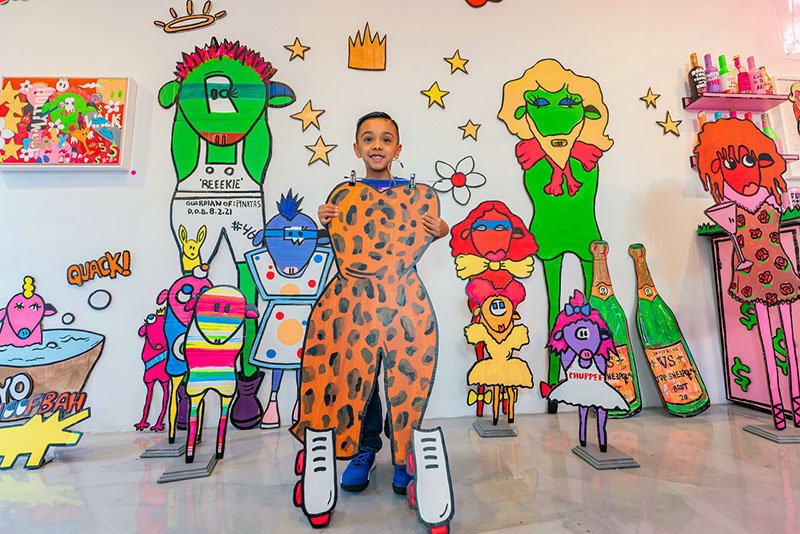 “The idea for the show “FREE TO BE E(WE)!” started with my 3-year-old birthday photo. When I imagine myself as my best self, it’s this little boy who looks gay as fuck. There’s always been something about this photo that triggers a smile. This show is not only about going back to this happy place for myself, but about expressing and sharing real joy” says Little Ricky “To trigger a feeling of joy is what I hope to inspire.” 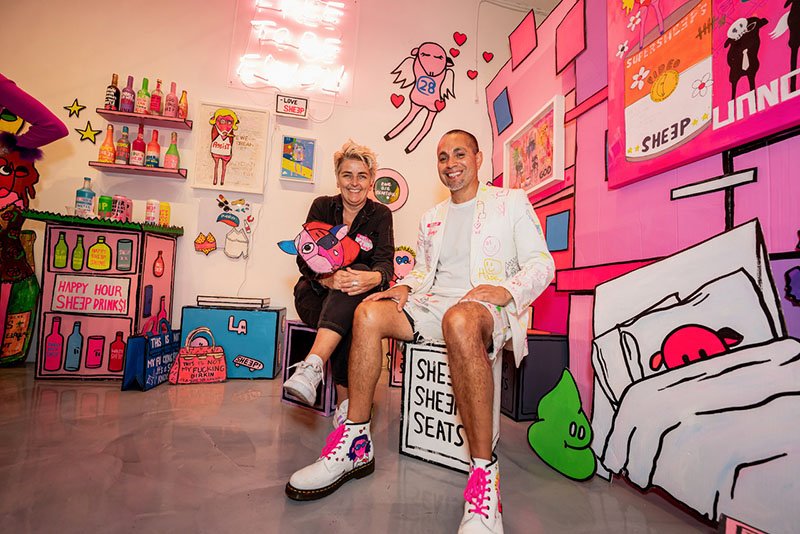 As a native Angeleno, gay man and Latinx queer street artist who started his career in 1988 with an uncommon discipline and work ethos in his practice, “Little Ricky” has been studying, developing, archiving, and formulating his campaigns on the street and in galleries for over 3 decades. The pink sheep are a part of the LGBTQ+ queer community and also the street art world, inspired immensely by the biography of famous clothing designer, Alexander McQueen who referred to himself not as the black sheep but as a “pink sheep.”

Thus began the turn to “pink sheep” and his many characters known as “Moonsters”, beginning as stickers on the streets and now to complex canvases shown at galleries. Ricky’s art is about color – rainbow colors that reflect who e(we) are as a community. At the heart and soul of the series is the idea that e(we) are all different. E(we) are all queer. E(we) are all crazy beautiful.

This show “FREE TO BE E(WE)!” is a continued expansion of his career now creating a 3 dimensional experience where your sense of curiosity and playfulness will be encouraged. The show opens on the eve of Gay Pride, West Hollywood and will run through the summer until July 31st 2022.

New West Hollywood Gay Bar, The Or Bar, is Hiring and Opening Soon