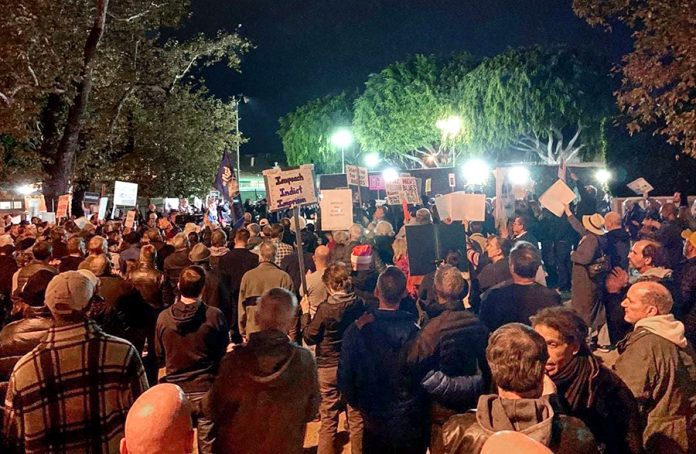 City of West Hollywood officials joined MoveOn and Indivisible activists for a nationwide mobilization calling to Impeach and Remove Donald Trump from office, Tuesday night. An estimate of over 400 community members joined community leaders and activists at West Hollywood Park to send a unifying message that “Nobody is above the law” on the eve that The House of Representatives votes on two articles of impeachment against Trump.

The Impeach and Remove rally opened with co-hosts of the event, Karen Eyres, (the Vice Chair of the City of West Hollywood Women’s Advisor Board and longtime executive of Hollywood NOW), and Patrick Ryan Blood, (an entertainment attorney and civil rights activist). 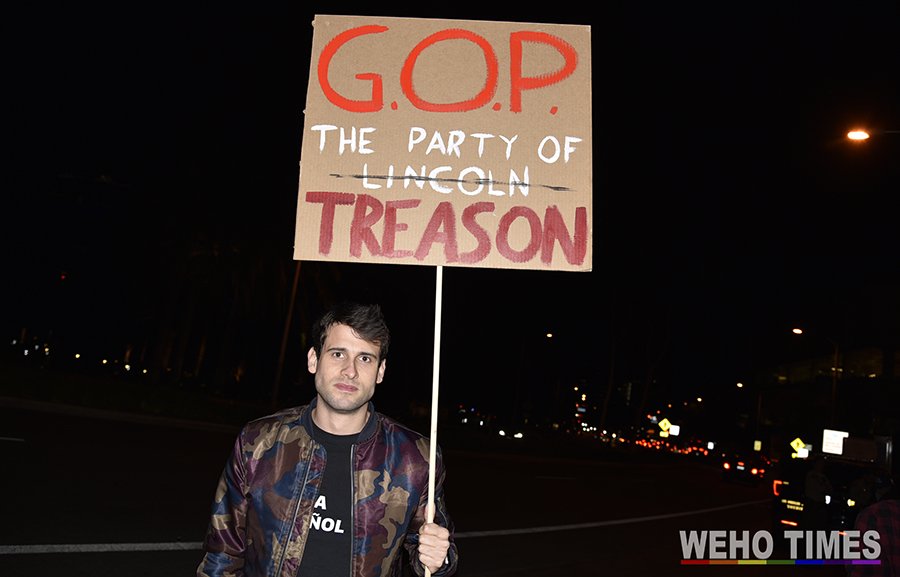 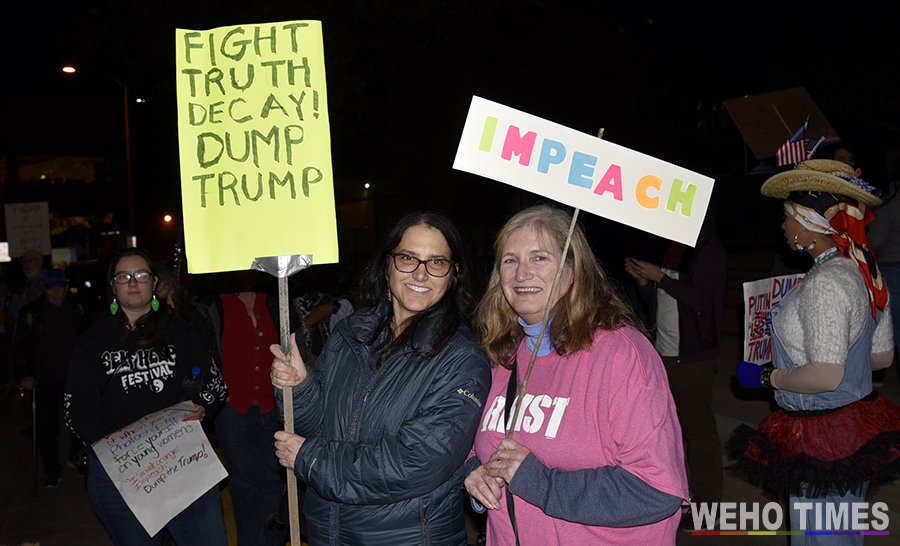 “I am outstandingly pleased with the turnout in West Hollywood,” Co-host Patrick Ryan Blood stated. “The message is clear that the people of West Hollywood are ready to fight for justice and demand Congress do its job. It does not take a Constitutional scholar to see the evidence presented would lead any reasonable, objective person to recognize that the President abused his power in attempting to have a foreign government dig up ‘dirt’ on a political rival then attempted to cover it up in a clear act that constitutes an obstruction of justice. This abuse of power cannot and will not go without punishment. The citizens of West Hollywood made that loud and clear this evening.”

“Trump is derelict in his duty to uphold the U.S. Constitution,” Co-host Karen Eyres added. “West Hollywood is in Rep. Adam Schiff’s district, and tonight we came out in force to show we are with him 100 percent. The West Hollywood community joined thousands of communities across America to demand that Trump be impeached and removed. It’s obvious to anyone with a sense of decency that Trump is incapable of putting his county’s interests before his own.” 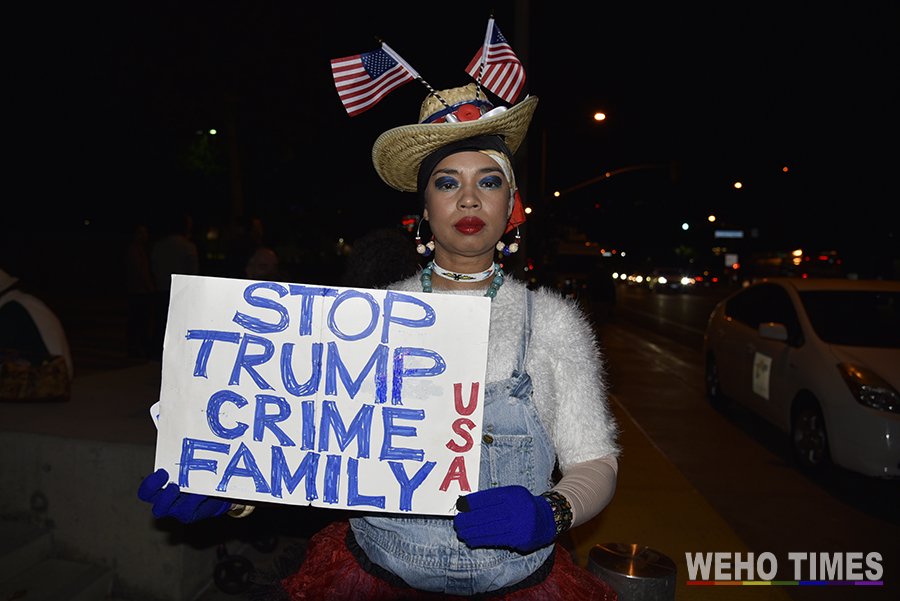 Correction: The original version of this article reported the City of West Hollywood joined MoveOn and Indivisible for a nationwide mobilization calling to Impeach and Remove Donald Trump from office, however this rally was not a City of West Hollywood event.  While members of the West Hollywood City Council were rally participants, the rally itself was organized by community activists. The opening paragraph was changed to reflect that.