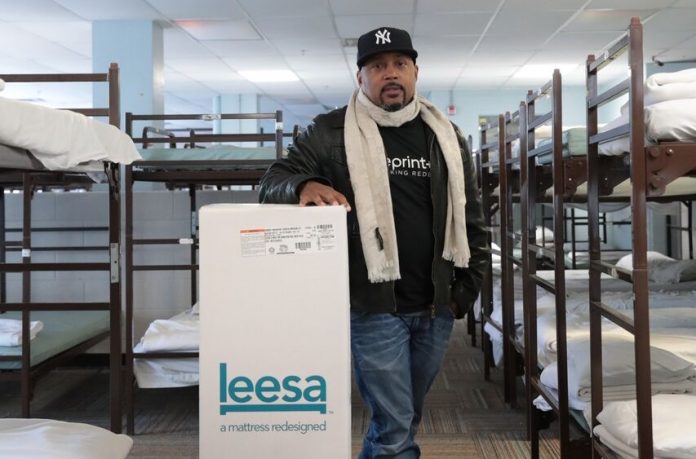 Earlier this year Leesa announce their partnership with the LA Dream Center and donated 300 mattresses to people in need. It will donate 200 more later this year. Leesa decided to broaden its outreach in the LA area by supporting the amazing work of the LA LGBT Youth Center. This donation event contributed to the 650 mattresses Leesa will donate to the LA area this year.

Each month the LA LGBT Center welcomes more than 42,000 visits — totaling more than 500,000 each year — from youths and adults in the LGBT community. In addition to offering community health services, counseling and conducting HIV-related research, the center lends support to homeless youth by giving them a bed to sleep on, food, clothing, support groups, education programs and employee training.

Everyone deserves, and needs, a good night’s sleep in order to be their best selves. However, this basic human need is often not available to many, especially those within the LGBT community. Out of LA’s homeless youth, a staggering 40% of them are LGBT.

Philanthropist, Daymond John partnered with Leesa to shine a light on equality, and to give back to communities through the Leesa One-Ten program, where the company donates one mattress for every ten they sell to organizations like LA LGBT Youth Center. This is one of five events Daymond and Leesa will work on together this year. It will account for 1,000 donated mattresses.

To learn more about the LA LGBT Center, or to make a donation, visit lalgbtcenter.org.