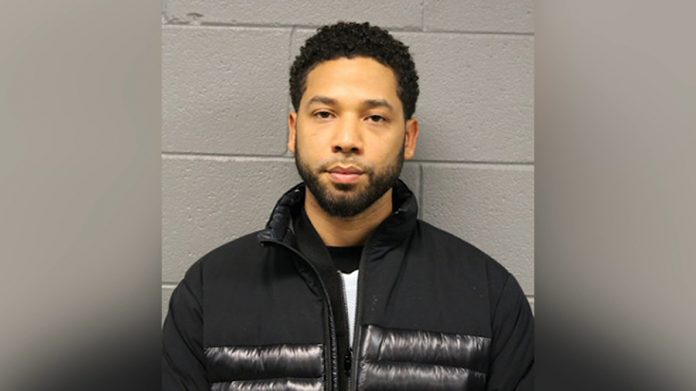 A weeks-long investigation into the alleged hate crime attack of actor and singer Jussie Smollett ended in disgrace for the star of the show Empire who was arrested today for allegedly staging a hoax attack and filing a false police report. A Chicago judge set his bond at $100,000 and ordered him to surrender his passport, hours after a Chicago Police Department press conference in which Superintendent Eddie T. Johnson gave a blow by blow account to what led to his arrest.

In response to the latest developments in the police investigation of Jussie Smollet, the Los Angeles LGBT Center issued the following statement:

“The confusing and deeply unfortunate circumstances surrounding Jussie Smollett should not cloud the sobering facts about hate crimes in our nation. According to a report released by the Center for the Study of Hate and Extremism, hate crimes in our country’s largest cities increased for the fifth consecutive year in 2018—with Los Angeles receiving its highest level of hate crime reports in a decade. Do not be distracted by Mr. Smollett’s alleged staged attack. Hate crimes, particularly against people of color and the LGBT community, are real and on the rise. These facts should alarm all of us.

“If you—or someone you know—have experienced an anti-LGBT hate crime, discrimination, harassment, or police misconduct, the Los Angeles LGBT Center can help protect and empower you. We provide comprehensive and affirming services, which includes assistance in filing a police report, to survivors of violence. For help or more information, contact the Center’s Anti-Violence Project at avp@lalgbtcenter.org or 323-993-7673.”

ABOUT LOS ANGELES LGBT CENTER
Celebrating its 50th anniversary in 2019, the Los Angeles LGBT Center has cared for, championed and celebrated LGBT individuals and families in Los Angeles and beyond since 1969. Today the Center’s nearly 700 employees provide services for more LGBT people than any other organization in the world, offering programs, services and global advocacy that span four broad categories: Health, Social Services and Housing, Culture and Education, Leadership and Advocacy. We are an unstoppable force in the fight against bigotry and the struggle to build a better world; a world in which LGBT people can be healthy, equal and complete members of society. Learn more at lalgbtcenter.org.

Thank you for this. I find news here that I don’t find elsewhere.