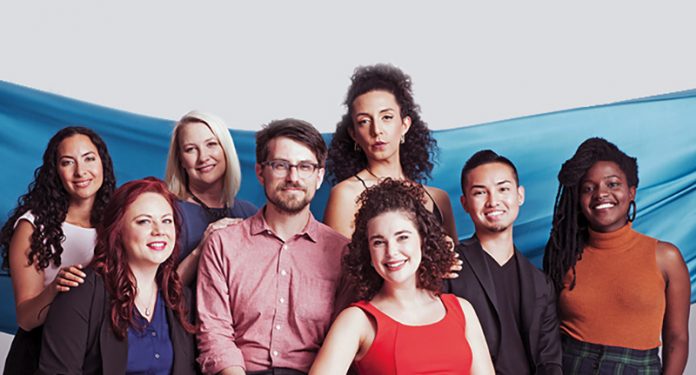 The free job fair is hosted by the Center’s Transgender Economic Empowerment Project (TEEP) in partnership with programmatic funders City of West Hollywood and Citi Community Development, as well as community partners Trans Can Work, JVS SoCal, and the Human Rights Campaign Foundation.

“We are thrilled at the immense growth in employee participation since our first job and resources fair held over a decade ago,” said TEEP Program Manager Eden Anaï Luna. “Employers today are now more aware of the severe economic and employment disadvantages which trans, non-binary, and intersex people face every day—and the valuable contributions which we bring to the workforce.”

Since launching in 2008, the job fair has attracted more than 1,500 potential candidates with hundreds of them eventually obtaining employment. This year, 40 top-tier corporations and companies are anticipated to participate in this year’s fair.

Employers will be conducting interviews on site and will be ready to hire the best candidates. Job seekers will also be able to access resources at the fair such as one-on-one résumé reviews; an interviewing skills workshop; and a photo booth for professional headshots. Professional clothing, haircuts, hairstyling, and makeup will be provided on-site in preparation for the professional headshots. Participants will be able to download their headshots on USB flash drives donated by Grindr and ICM Partners.

Parking is limited to street and metered parking. Rideshare or public transportation is strongly encouraged.