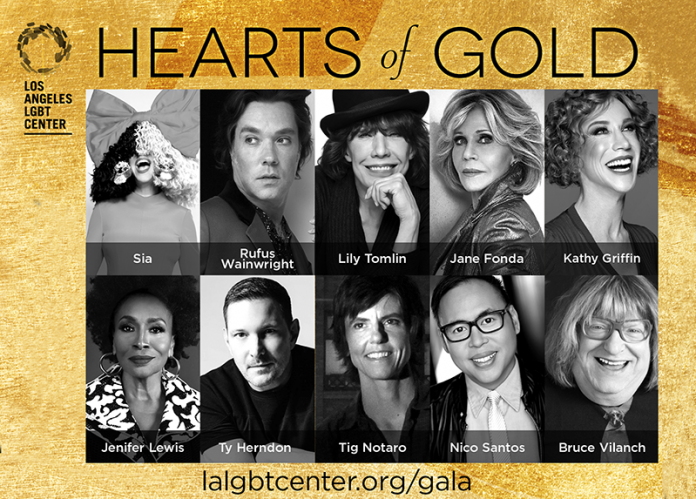 The Los Angeles LGBT Center is set to take the stage of the The Greek Theatre (2700 N. Vermont Ave., Los Angeles), on Saturday, September 21, with a star-studded Hearts of Gold concert and Multimedia extravaganza.

The LA LGBT Center’s 50-year Anniversary is a historic milestone in the movement for equality and justice. The celebration will offer a singular night of storytelling, music, and entertainment that promises to be a joyous and powerful celebration of our past achievements and future vision.

WEHO TIMES readers have the opportunity to get special discounted tickets.

To take advantage of discounted tickets, click on the following link. https://www1.ticketmaster.com/event/090056FAFC276C9E?did=50lgbt

Raffle tickets are also on sale. Raffle ticket holders have a chance to with a luxurious European Boutique River Cruise by Uniworld for two and 400,000 AAdvantage™ Miles from American Airlines.xurious. Tickets are $250 Per Ticket. Only 250 Tickets Will Be Sold. Winner will be selected at the Gold Anniversary Vanguard Celebration. You do not have to be present to win (Raffle Tickets are not tax-deductible). To purchase a raffle ticket, call 323-993-7696. Some travel restrictions may apply.

Celebrating its 50th anniversary in 2019, the Los Angeles LGBT Center has cared for, championed, and celebrated LGBT individuals and families in Los Angeles and beyond since 1969. Today the Center’s nearly 700 employees provide services for more LGBT people than any other organization in the world, offering programs, services, and global advocacy that span four broad categories: Health, Social Services and Housing, Culture and Education, Leadership and Advocacy. We are an unstoppable force in the fight against bigotry and the struggle to build a better world; a world in which LGBT people thrive as healthy, equal, and complete members of society. Learn more at lalgbtcenter.org.