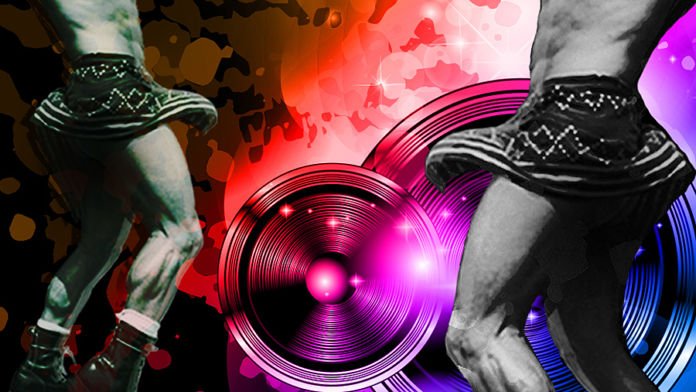 La Fuente Hollywood treatment Center is bringing back the concept of a dance-a-thon with Dancing4Dollars–an event that allows participants to dance for a good cause that benefits the Los Angeles LGBT Center’s youth programs and services .

The Dancing4dollars dance-a-thon will be held at La Fuente Hollywood Treatment Center located at 5718 Fountain Ave., LA CA 90028 on Saturday July 28, 2018. Doors open at 6:30pm and the dance will run from 7pm-10pm. DJs include Eddie X, Gary IRIZA and Quinn Callicott. The theme for this year’s event is skirts, so no skipping leg day from here till the end of July.

The fundraiser aims to engage local community, raise awareness regarding addiction treatment, celebrate sober life and to raise money for a worthy community organization. The La Fuente Alumni and friends have pledged to raise $10,000 that will be directly donated to The Los Angeles LGBT Center Youth programs and services. Participants will each raise $500 and spend the entire night Dancing4Dollars.

“Last year it became very clear to me that I wanted to do something that was more significant for the community,” La Fuente Hollywood Treatment Center’s CEO and Founder Manny Rodriguez, tells WEHO TIMES. “There are a few organizations that are important to me. One of them is The Van Ness Recovery House, because the work that’s done there is so beautiful, and powerful, and challenging, and they work with limited resources. The other organization that is very important to me, is the Los Angeles LGBT Center’s youth programs and youth services in that are very specific to youth. The more I found out about their youth program, the more interested I became. How do we make a difference here? I kept thinking that I wanted to do a dance, because in the treatment world whenever there’s a fundraiser, it’s a golf tournament, or it’s polo somewhere in Malibu–not that any of that is wrong–but that’s not us. I wanted to do something that was really aligned with La Fuente – urban, music, joy, beauty, gorgeousness. I started thinking about this dance. I don’t know where it came from, but I thought, dance-a-thon. Then I remembered the APLA dance-a-thons and how amazing they were and how they made such an impact, especially during the AIDS crisis. I started toying with the idea and I started talking about it with the alumni, because the alumni are also the people that are on this committee that are going to raise the first $10,000 for The Center and they loved it.”

Rodriguez pitched the idea to Bill McDermott who is in charge of Development at the Los Angeles LGBT Center, and the Powers That Be at The Center were immediately on board. “The Center has been in support of all the mechanics and the logistics,” Rodriguez said. “They got excited because it’s a different event for them. A dance-a-thon was done by APLA, not The Center. Bill said to me, ‘Well, whenever you’re ready, let me know.'”

“Once we knew; once we met with the alumni; once I got them to commit to raising a minimum of $500.00 each—once that was done, it was just a matter of weeks. The green light was the green light. We worked out the logistics between our team, which is basically our alumni, which I think is the best part for us. Our alumni is engaged in the community. I always communicate to them, ‘if you’re not giving back, then you’re missing the whole point.’ So literally, I called; they came; I told them, this is the idea; they said, ‘We love it.’ And I would say between 10 to 14 days, this was online. Now we’re starting the push. It’s very grassroots. We’re doing flyers like we did old school. It’s my club promoter hat. I’m really excited about it.” Rodriguez confessed that Dancing4Dollars has personal significance for him as well. “I think in terms of my growth, I was hungry to do something like this, where it’s not so clinical and so heavy,” He said. “Dancing brings joy and produces endorphins and serotonin and all those chemicals I loved when I was getting high. It just does. But most importantly, this event gives back to the community. I always want to be a symbol of that. As long as I’m at 5718 Fountain Avenue at La Fuente, I want our building to represent more than just treatment. I want our building to represent a real part of our community and a part of our community that is generous and gives back.”

According to Rodriguez, Los Angeles councilman Mitch O’Farrell from the 13th district has already agreed to participate in the dance. “Not many people know this, but Mitch came here as a dancer in the 1980s,” He said. “He gave us a verbal in front of his staff and said, ‘I will be there July 28, Manny, I promise.’ So that’s a big deal and I just really think this is going to take off.”

People are encouraged to make a pledge either to an individual member, or to the group as a whole. Those who pledge $25 or more will get complimentary admission, convenient parking at Helen Bernstein High School across the street, as well as food and beverages.

La Fuente Hollywood Treatment Center, an intimate, specialized and community driven program is one of the nation’s leading LGBT drug rehab and treatment programs. La Fuente has vast experience applying effective treatment interventions that are specific to the issues of LGBT individuals.

The Los Angeles LGBT Center provides services for more LGBT people than any other organization in the world. The Center is an unstoppable force in the fight against bigotry and the struggle to build a better world; a world in which LGBT people can be healthy, equal, and complete members of society.

There are nearly 6,000 youth experiencing homelessness in Los Angeles County on any given night. In Hollywood, a staggering 40% of youth identify as LGBTQ. The Center’s Youth Center homeless services offers various levels of housing for youth that stem from emergency 30-90 days, to a transitional living program where they can stay up to 18 months. They offer subsidized apartments for youth who have gone through the program to help them live on their own. Other services include 3 meals a day, clothing, support groups, a charter high school, GED and college program, employment preparation, training and placement program, and whatever youth need to get off the streets. To learn more, visit: lalgbtcenter.org/social-service-and-housing/youth

To learn more about Dancing4Dollars, and to make a pledge, visit: go.rallyup.com/dancing4dollars

To join the Dancing4Dollars team and help raise your own money for this good cause by becoming a member with your own fundraising page, simply contact Edwin Sanchez: esanchez@lafuentehollywood.com or Arthur Khayat: K6iso@outlook.com