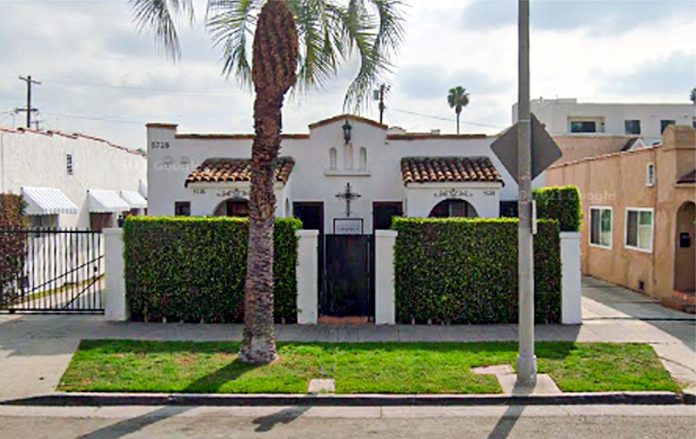 La Fuente Hollywood Treatment Center is celebrating 16 years of serving the sober LGBTQ community this month. The addiction treatment center specialized in helping individuals who seek recovery to heal, strengthen and advance their lives, first opened its doors in 2005.

La Fuente was born out of one man’s need to be a part of, and to serve the recovering community. Manny Rodriguez, the CEO and Founder first purchased the duplex house at 5718/5720 Fountain Avenue in 2004 and he opened “La Fuente, A Sober Community” sober living space in 2005 (two additional sober living apartments were added in the back in 2006). By 2011 La Fuente had transitioned into a treatment center licensed by CA Department of Health Care Services.

Manny Rodriguez sat with WEHO TIMES to reminisce about La Fuente’s humble beginnings and how it has grown these past 16 years into an award winning treatment center offering an intensive inpatient / outpatient program while continuing to provide options for sober living spaces. And as La Fuente grows, so does its ability to give back to the community.

What is the genesis of La Fuente Hollywood Treatment Center?

The house was purchased in 2004. I bought this house in East Hollywood when this part of town was still pretty… it wasn’t a great part of town. I sold my place in Miami and my accountant was like, you should buy something, because I know you’re going to spend that money. I moved into it and lived in it for a while. That’s when I started thinking about a sober living. There weren’t any in the area and I knew Hollywood was changing. I knew people from the Westside would start moving east. I knew there was a need. There weren’t enough beds for sober living at that time. So I opened it with a friend named Chris Young. He was my business partner. Chris left probably in 2009/2010. We’re amazing friends.

In 2005, La Fuente, A Sober Community was born. In 2006, we finished the construction on two additional apartments in the back. We were operating as a sober living up until 2011. During the years as a sober living, I started learning about treatment. People would come to us from treatment centers, so I was introduced to case managers and after-care people. I would go to conferences and learn more about treatment centers. In 2011 is when we got licensed. The front house was licensed first and then two years later, we licensed the bottom portion of the back property and that’s how we came up with 10 beds. And then the upstairs apartment remained a sober living. We them moved the sober living to Korea Town for four years.

In 2019, a woman who had been our beloved neighbor for about 15 years passed away. Her wish was that La Fuente have the first right to buy that property. So in 2019 we purchased the property next door, and in 2020, after some renovations, we opened it. It is our newest after care housing. This is all through a lot of hard work. 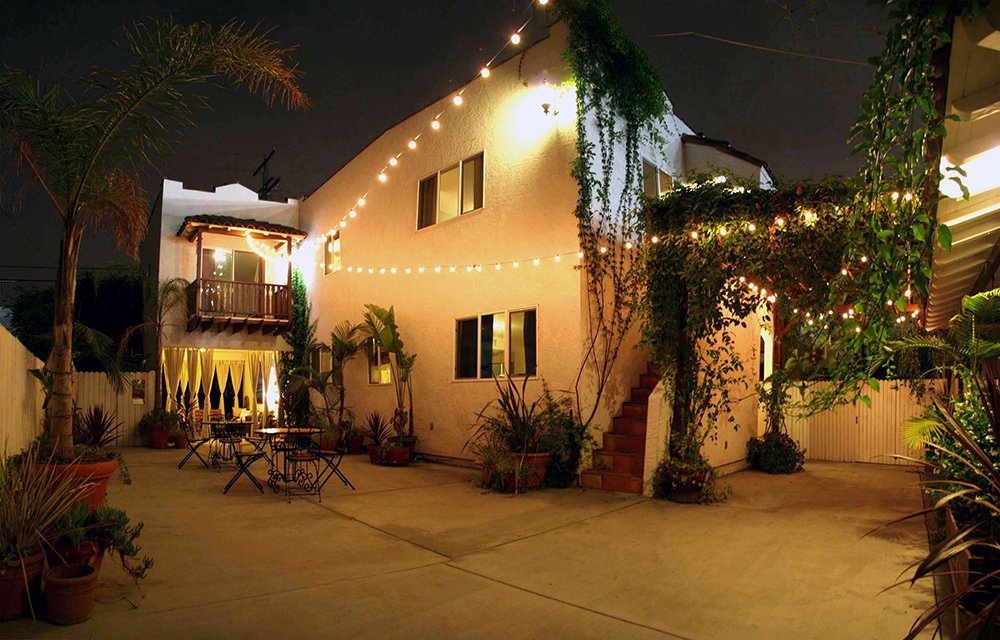 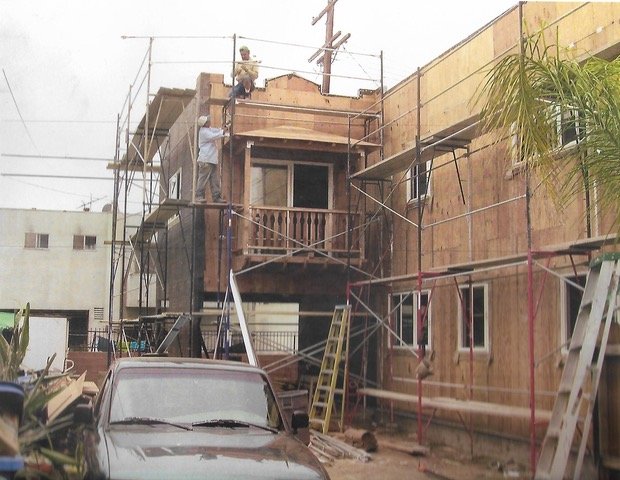 Why did you call it La Fuente?

Well, we’re on Fountain Ave, but we were not going to call it the Fountain House. I decided on La Fuente because it’s a Spanish style house, I’m Latino, and a fountain is something that renews itself. There is something refreshing about it. It’s life. It soothes you.

How has La Fuente shown up for the community.

While we were a sober living, I really wanted La Fuente to be part of the community. We did a quinceañera anniversary for a dear friend of mine in the community. We hosted several fundraisers. We did barbecues. I didn’t want it to be this isolated thing. We did a lot of these events in those first six years. 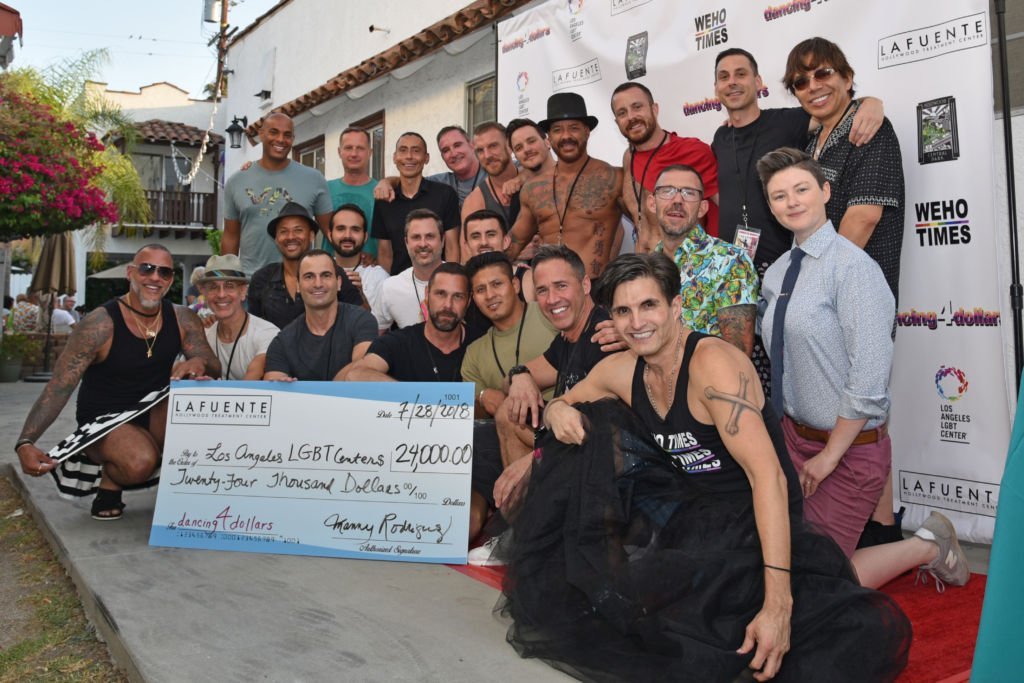 In 2018, we presented the first full-day LGBTQ educational summit with keynote speaker Greg Louganis. La Fuente also raised $24,000 for the LA LGBT Center’s Youth Services program through our dance-a-thon, which we called Dancing 4 Dollars. We have built an amazing alumni program that was responsible for Dancing 4 Dollars.

Who were the players in the early days?

The sober living was just me and one manager. There were 16 beds. The first manager was Chirs Young, and then Anil Patel, who did it for four years. The orginal team that opened La Fuente Hollywood Treatment Center were Karen Rubenstein, Eddie Hunt, Anil Patel and Carson Winn who held my hand the first 2/3 years of us being open as a treatment facility.

Was there a business plan in those early years?

No. There was no business plan. The reason I made the decision to start a sober living was because there was a real void at the time. The Mariposa House was an option at that time, however it was closer to Korea Town. I responded to that. I learned as I went along. I had to learn the structure of a sober living, how to run one that would be responsible, be ethical and really help people build a sober life with a sober community. It was great. During the early years of running a sober living people would ask, ‘why don’t you open a treatment center?’ I never considered doing that. Then Frank’s House closed and that was 21 Beds that just left the community. It wasn’t immediate, but maybe six months after that, people wanted me to think about a treatment center. I thought, is there a void? Is there a need? I never had this ambition that if I produced this, I’m going to get that. It was never my mindset. I just started asking questions. Everyone was very encouraging. I eventually believed there was an opportunity, and a need.

What has been the most challenging in the past 16 years?

I would say, being a sober living facility to becoming a treatment center. Right after we became a treatment center, the right people came along the way. La Fuente was completely financed by me. There were no investors, no backers, so we were working with the minimal and trying to make something out of La Fuente. It was a sober living. Now it’s a 24/7 entity. We are working with doctors and therapists, providing three meals a day and 24/7 supervision. I didn’t always know we were going to succeed.

The other challenge was I didn’t know if we were going to be able to hold on financially. I used my own money to open the treatment center and it wasn’t a lot. I didn’t have a family where I could burrow half-a-million dollars to continue to this. That’s not my story. The support from the people who showed up were the pieces that made La Fuente happen. It’s a program that grew out of self-sufficiency.

How do you measure success?

One is solvency. Without that, you can’t stay open. Two is your track record. Are you really helping people? The other thing is reputation, what people think of you and how they perceive you. I would say that overall La Fuente is highly respected and highly regarded, locally and nationally.

Is there a particular significance to this 16-year milestone?

Sure. I think that even though we’re still in a pandemic, we’re still here. We’re thriving. We continue to improve. I feel like we’re just getting started. 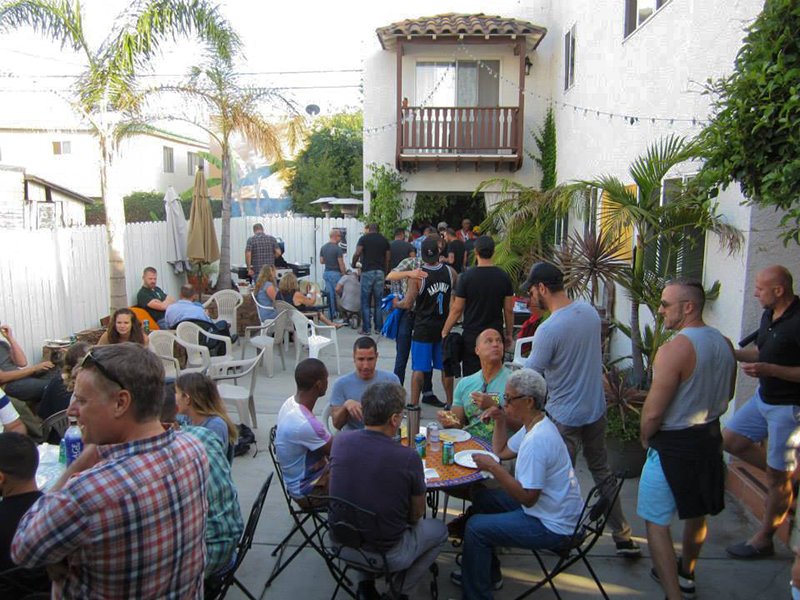 What do you think the future holds for La Fuente?

The only way that I can answer is to say that I don’t know. My wish is that while I’m here, I still amazing health. My other wish is that we can help twice as many people as we are helping today and that we continue to grow in and with our community.

Congrats! A gift to the community!

if you honor integrity along with intent – you reap authenticity. At the heart of it all is sincere love and care for those who need help.

Congratulations to La Fuente Hollywood Treatment Center — a safe place to “work it out” with a real sense of belonging with a hope for healing.