Kitten Kay Sera is Bringing Her Band, Pinktastic Plastixx, to the Viper Room 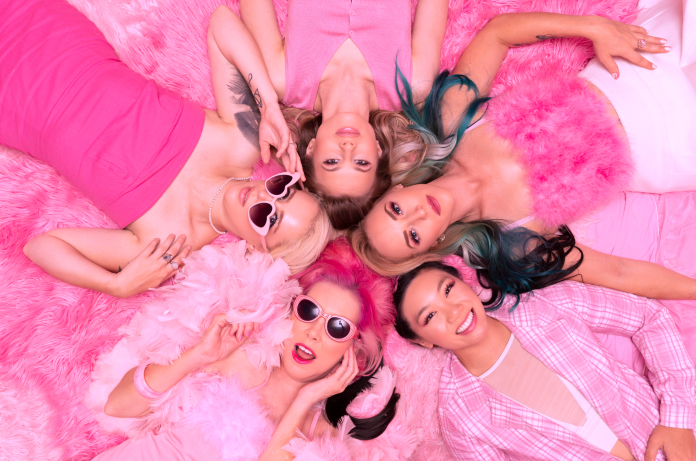 Pinkttastic Plastixx are coming to the Viper room… It seems like only yesterday when the Pinkest Lady in Hollywood, Kitten Kay Sera, teased her followers on social media that she was forming a new all pink pop/punk/rock band, a dream of her’s that she wanted to make come true. By August, the longtime West Hollywood resident had formed her band and she named it Pinkttastic Plastixx. On Saturday, November 19, 2022, the band is introducing their Barbiecore sound at the Viper Room in West Hollywood located at 8852 Sunset Boulevard in the heart of the Sunset Strip. The show is slated to start at 10:30 p.m.

Performing an original set of pop/punk/rock tunes at a legendary venue The Viper Room, which is on the verge of extinction as it awaits a wrecking ball at the end of this year for a redevelopment project that’s been several years in the making. Kintten Kay says she and the band want to say one last goodbye to a landmark known for being a hangout for the young Hollywood elite, and has hosted long list big names in rock as well as the site where actor River Phoenix died of a drug overdose on the night before Halloween in 1993.

According to their press release, Pinktastic Plastixx are a must see band whose image is just as important as their sound. Reminiscent of the beloved bands of the 1990’s. Kitten reveals that she will hit the stage with a pink blow dryer microphone that was designed and created especially for her. Think Barbie with and edge and you have Pinktastic Plastixx. “I have been Barbiecore for 40 years and I wanted a microphone that goes with my all pink aesthetic, she said. “And I got it! We are all stages of ages and proud to be out there doing what we love and just having fun. Dreams don’t expire”

Get your tickets through the band on Instagram at @pinktasticplastixx or @kittenkaysera.

Pinktastic Plastixx are an all girl band formed and fronted by Pink Icon, Kitten Kay Sera & features her talented and gorgeous gal bandmates: Alexa Rae on drums, Rocky Rose on keytar & backing vocals, Celinda Chang on guitar and backing vocals and Kya Karine on bass guitar. Ranging from the ages of 20’s-60

I’d endure some barbiecore (clever) music to get an inside peek at The Viper Room and maybe take some photos. Does anyone know when they are tearing it down?

Hope this band sounds as good as they look. They really do look like barbies.

They had me at a custom pink hairdryer microphone.