King and Queen Cantina by Mr Tempo had a soft opening this weekend in the City of West Hollywood. The new WeHo Mexican restaurant located at 616 Robertson Boulevard opened last night, Saturday, November 5, 2022 at 6 p.m. Alfredo Cruz the area manager says the space was acquired week before the COVID-19 shutdown in 2019, so it’s been a real challenge to get to the place to open for business.

Management was unsure if they would be able to open last night. They were down to the wire on Friday waiting for one final inspection from the Health Department before getting the green light to open for business. According to Cruz, this weekend will be a soft opening, with limited hours and a limited menu for friends and family and any walkins. A grand opening will be announced soon. 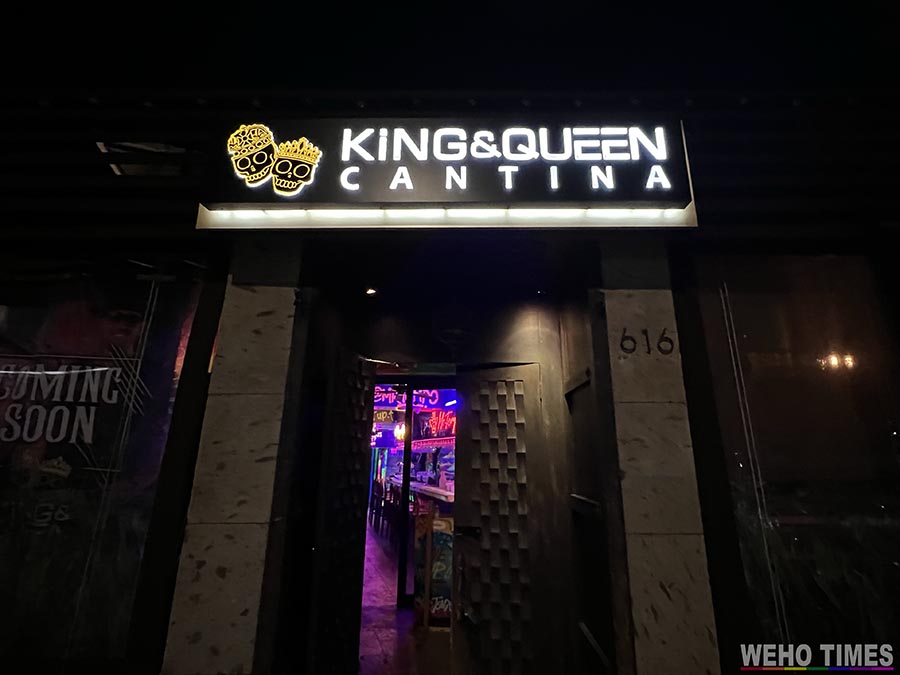 Legend has it that Cueva went from dishwasher to restaurateur with dozens of restaurants, a catering company, and a handful of food trucks on his resume totalling over 28 years in the industry. As owner and founder, Cueva’s first restaurant concept, Tempo Cantina, opened in 2014 in Brea, which then expanded to Anaheim Hills in 2016. Locals loved the food, the atmosphere, and Cueva; Tempo won Orange County’s 2017 Restaurant of the Year and earned him one of Modern Luxury’s Top 5 Power Players in Orange County. That same year, he ventured down to San Diego’s Little Italy to launch an extension of Tempo—King and Queen Cantina—for his high-class diners featuring hand-crafted cocktails and an indoor-outdoor bar concept. Cueva’s concepts exemplify modern Mexican cuisine with a different spin. The number of restaurants just keep growing. Cruz says there are nine restaurants with more coming soon.

No thank you
Offline

This is the guy that TRASHED the historic Pig & Whistle up on Hollywood Blvd. Total POS…

Welcome to Weho!!! I know you from San Diego and I’m thrilled you are now open here.

I heard the owner is a POS and has a huge ego. Treats his employees like shit when the camera is off. Also made a video how he hates mixologist but now claims he has soon behind the bar? Fake hypocrite.