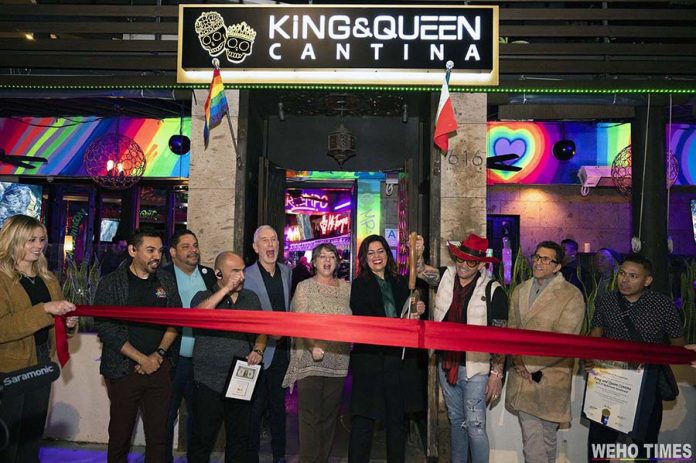 West Hollywood Chamber of Commerce and the City of West Hollywood welcomed King and Queen Cantina by Mr Tempo with a ribbon cutting ceremony on Wednesday, January 11, 2023, at 616 Robertson Boulevard.

The Chamber presented the new West Hollywood Mexican restaurant with a framed buck for good luck and the City’s newly sworn-in Mayor Sepi Shyne presented business partners Jorge Cueva (aka Mr Tempo) and Elie Samha with a West Hollywood Certificate of Recognition to welcome them to the city. 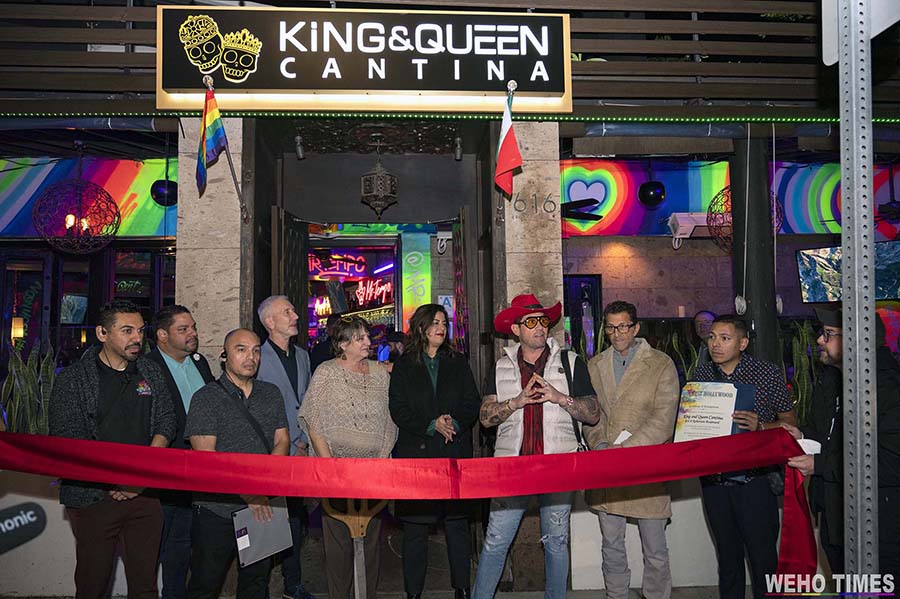 The new WeHo business had a soft opening in early November of 2022. The ribbon cutting ceremony announces their grand opening at a space that was once a Tortilla Republic, and prior to that, it was the Fat Fish Restaurant. Some may remember when the space was a Cobalt Cantina back in the late 90s/early 2000s.

“I’m very excited to be open at this location finally after two years,” founder Jorge Cueva told WEHO TIMES. “I’m so happy to be open in West Hollywood. It’s like a dream come true. We’ve been open for a couple of months and it has been incredible. I welcome everyone to come and see it. Come and enjoy it on the weekends. The food is insane, the drinks are great and the ambience is fun. You get something unique in addition to a traditional Mexican restaurant. Come and see me on the weekends.”

Legend has it that Cueva went from dishwasher to restaurateur with dozens of restaurants, a catering company, and a handful of food trucks on his resume totalling over 28 years in the industry. As owner and founder, Cueva’s first restaurant concept, Tempo Cantina, opened in 2014 in Brea, which then expanded to Anaheim Hills in 2016. Locals loved the food, the atmosphere, and Cueva; Tempo won Orange County’s 2017 Restaurant of the Year and earned him one of Modern Luxury’s Top 5 Power Players in Orange County. That same year, he ventured down to San Diego’s Little Italy to launch an extension of Tempo—King and Queen Cantina—for his high-class diners featuring hand-crafted cocktails and an indoor-outdoor bar concept. Cueva’s concepts exemplify modern Mexican cuisine with a different spin. The number of restaurants just keep growing. Cruz says there are nine restaurants with more coming soon.

This event was Mayor Sepi Shyne’s first ribbon cutting ceremony as the Mayor of West Hollywood. 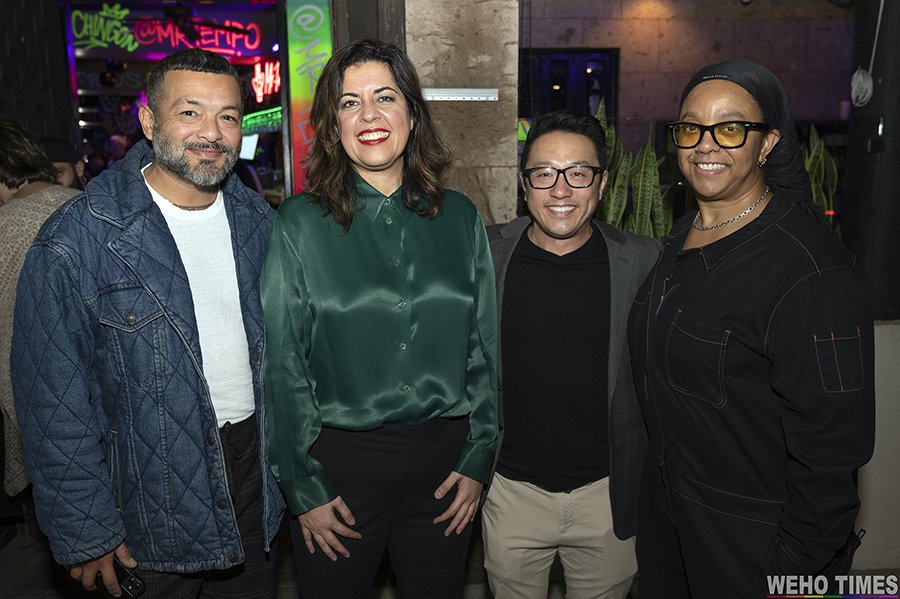 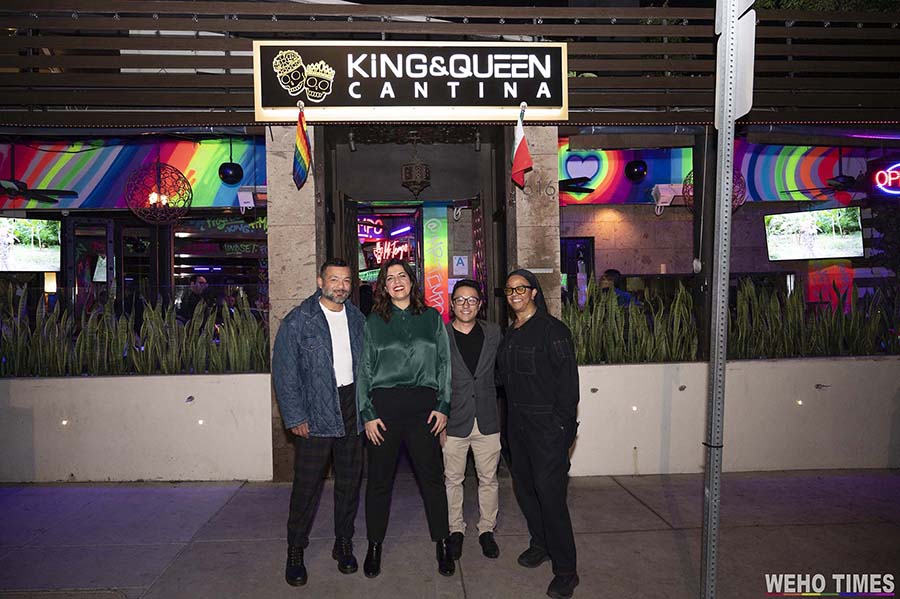