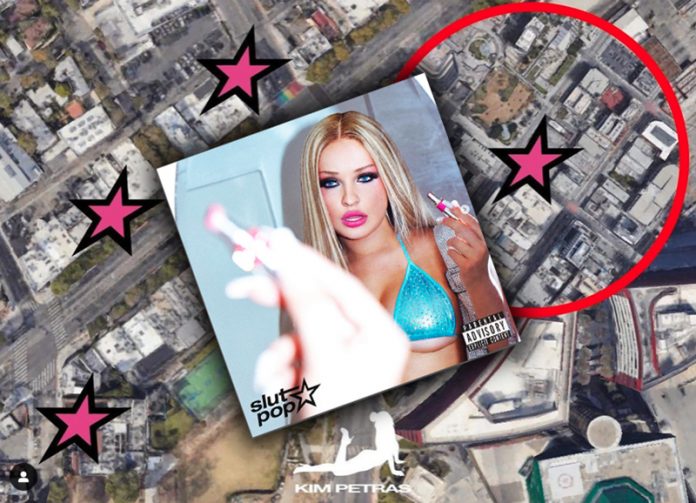 The Twitter and Instagram accounts for @bunheadhq, the “official source for all things Kim Petras,” posted a map with with three West Hollywood locations. One location appears to be The Abbey Food & Bar, another could be Hi Tops, or that vicinity, and we can confirm that she’s coming to Heart (possibly Rocco’s WeHo as well). There’s a fourth location that doesn’t appear to be in West Hollywood. The times are not yet confirmed, but she will most likely hit WeHo around midnight.

The German singer is no stranger to West Hollywood. In an interview with WEHO TIMES during White Party 2018 in Palm Springs, a more demure Petras said WeHo was where she learned how to perform. “All these years I’ve been performing at little clubs,” she said. “It’s really cool, because I used to perform, and nobody would show up. I’d get like five friends or something like that, and now I can fill out The Abbey. Last time I did it, Charli XCX came through and we performed together. Yeah, I just love performing in WeHo. All my friends go there. I want to be the princess of WeHo. I don’t ever want to stop performing there. I think it’s so cool to just pop up there very spontaneously and perform.”

The album has already hit number one on iTunes, making it a first the singer.

The Slut Pop album dropped during Super Bowl weekend, so it’s bound to busy in West Hollywood starting this evening with Justin Bieber performing at the Pacific Design Center.